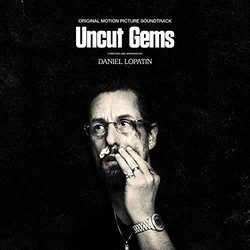 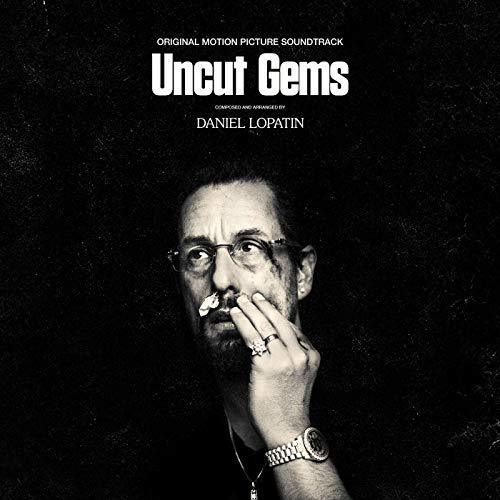 Uncut Gems Original Motion Picture Soundtrack To Be Released December 13 On Warp Records The Film Stars Adam Sandler And Will Be Released By A24 Follows Good Time Ost, Winner Of The Best Soundtrack Award Cannes 2017

Uncut Gems Original Motion Picture Soundtrack To Be Released December 13 On Warp Records
The Film Stars Adam Sandler And Will Be Released By A24
Follows Good Time Ost, Winner Of The Best Soundtrack Award Cannes 2017


Daniel Lopatin returns as composer for Josh and Benny Safdie’s latest film, Uncut Gems, whose soundtrack will be out internationally December 13 from Warp Records, the same day the film is released in U.S. theaters by A24. The film stars Adam Sandler, NBA player Kevin Garnett, Lakeith Stanfield, Idina Menzel, Abel “The Weeknd” Tesfaye, and Julia Fox, and has screened to rapturous response from critics and audiences at the Telluride, Toronto and New York film festivals. The hypnotic crime thriller follows Sandler’s Howard Ratner, a charismatic jeweler always on the lookout for the next big score, on a twisted odyssey in pursuit of the windfall of a lifetime

Daniel Lopatin (Oneohtrix Point Never) and the Safdie brothers have developed a close partnership through their shared love of cult genre movies and music. As Josh Safdie recently said in an interview with Variety, 'I was a fan of his music… his albums are very conceptual, and he was making basically scores for movies that didn’t exist. So when we met on Good Time, after he saw the way we were using a lot of Debussey on our film prior to that, he was like, ‘Oh let’s get deep together,’ and we’ve become very close friends.'

“There’s also an acute sense of neurotic, nervous energy which means the film zips by, aided by Daniel Lopatin’s electro-synth score which amps up the tension to breaking point while also adding a hint of the fantastical.” - Little White Lies

“The visual assault is matched by the sound. Howard approaches conversation like a machine gun duel; over the jostling layers of dialogue, Daniel Lopatin’s twitchy electronic score adds a further element of tension.” - Screen Daily

Synopsis: From acclaimed filmmakers Josh and Benny Safdie comes an electrifying crime thriller about Howard Ratner (Adam Sandler), a charismatic New York City jeweler always on the lookout for the next big score. When he makes a series of high-stakes bets that could lead to the windfall of a lifetime, Howard must perform a precarious high-wire act, balancing business, family, and encroaching adversaries on all sides, in his relentless pursuit of the ultimate win.

Daniel Lopatin is a Brooklyn-based musician, composer, and Mercury Prize-nominated producer who also records and performs as Oneohtrix Point Never. Daniel has released numerous critically acclaimed albums, including his most recent Age Of (2018, Warp Records). In 2018 he premiered a sold-out live multimedia concert MYRIAD composed from Age Of at the Park Avenue Armory (New York) followed by sold-out performances at prestigious venues worldwide including The Barbican, London and Walt Disney Concert Hall, Los Angeles.

His original film scores include Josh and Benny Safdie’s Uncut Gems (2019) and Good Time (2017), for which he received the Best Soundtrack Award at the 2017 Cannes Film Festival. His other film work includes Ariel Kleiman’s Partisan (2015) and contributions to Rick Alverson’s The Mountain (2019) and Sofia Coppola’s The Bling Ring (2013).

The hypnotic crime thriller follows Sandler's Howard Ratner in a twisted odyssey through the New York jewelry market, a charismatic man on the brink always on the lookout for the next big score. This is the second collaboration between Daniel Lopatin and the Safdie brothers following the highly acclaimed work for 'Good Time', winner of the Best Soundtrack Award at Cannes and the Best Original Score for a Feature Film at the Hollywood Music in Media Awards.

At Cannes the composer was in competition with the likes of Jonny Greenwood, Jed Kurzel and Ibrahim Maalouf and took home the celebrated prize. His other film scores include Ariel Kleiman Partisan (2015), and Sofia Coppola Bling Ring (2013).

Uncut Gems is his first work recorded at Gaia Studios, the artist's new base in Brooklyn, NY.