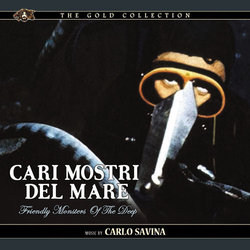 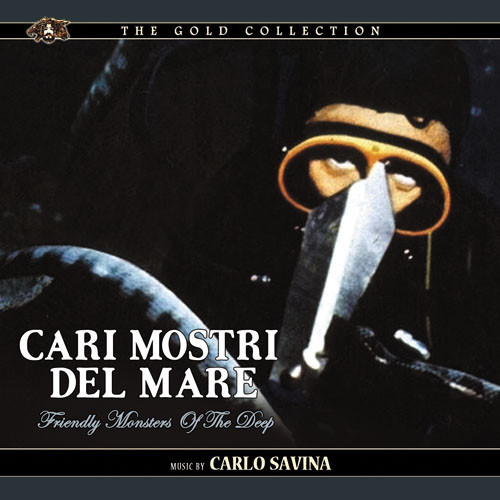 Kronos Records is very proud to present for the first time ever on CD format, the soundtrack to CARI MOSTRI DEL MARE or FRIENDLY MONSTERS FROM THE DEEP as it was known outside of Italy which was released in 1977. The docu film was directed by world reknown director and oceanographer Bruno Vailati. The music by one of the most prestigious composers to ever come out of Italy and one of the composers we very proudly champion, Maestro CARLO SAVINA,

Music from this soundtrack was previously released in the form of 2 suites by CAM Edizioni Musicali vinyl LP in 1977. There were 2 different pressings of this vinyl, both had the same content. This CD contains these same two suites and an additional third suite broken down into the various tracks that compose it, all previously unreleased in the previous LP versions. Additionally as another bonus are the original 2 suites also broken down into the various original and alternate tracks they were assembled from. Rebuilding this docu score was nothng short of an epic task but it is finally done and ready to join the collection of an serious CARLO SAVINA and Italian Vintage Souundtrack Collector's shelf.