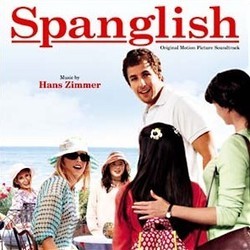 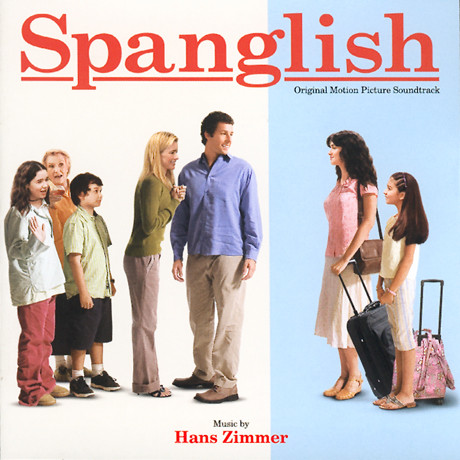 Show reviews in other languages
Spanglish - 06/10 - Review of Andreas Lindahl, submitted at 2008-01-20 21:25:40
Spanglish, Hans Zimmer's third collaboration with director James L. Brooks (As Good as it Gets and I'll Do Anything being the first two) is a nice, charming little feel good-score, performed by a small ensemble, with subtle nods to Spanish/Mexican music.

It is in many ways quite similar to the composer's music for As Good as it Gets from 1997, especially when it comes to the string parts, which have a very classical, fragile and a little edgy sound. But while As Good as it Gets is a great, romantic score, Spanglish is just... nice and fluffy. But rather entertaining anyway. Especially the many guitar solos by Heitor Pereira (who also wrote some additional cues for the film) and the parts written for Triology - a trio consisting of two violins and one cello.

The main theme is a nice little melody, especially when given a full orchestral treatment, like in the excellent closing cue, "Bus Stop". Spanglish is the kind of score people often forget about when discussing Zimmer and his music, since it has a tendency to get buried under the composer's action music. It's not one of his best efforts, but fans of As Good as it Gets should check it out. Just make sure that you avoid the last track on the soundtrack CD - a horrible version of Gershwin's "The Can't Take That Away From Me", performed by Cloris Leachman and Ian Hyland.
Golden Globes: Best Original Score (Nominee)