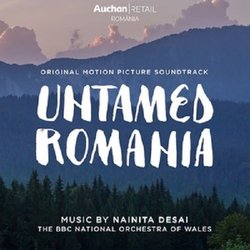 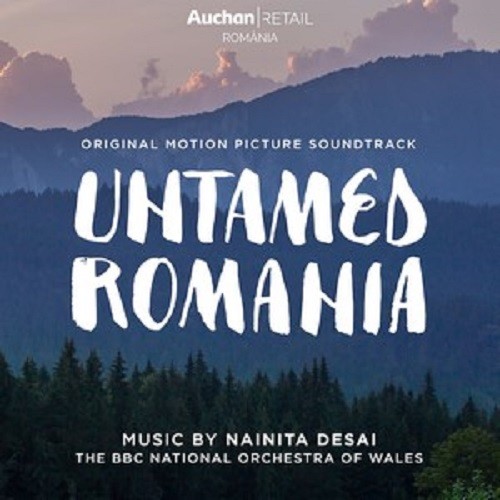 The world of film music is immensely vast. In no other musical genre you can encounter such a variety of styles. It can be classical, but also rock or jazz, pop, techno, or country or anything else or even a combination of more than one of those styles. It’s no wonder then that composers are influenced by many different genres or divergent composers. It obviously has to be, especially when you realize how different a movie can be from another. As a composer you get the difficult task to write some music which has to fit images you never saw before. You don’t know what feeling you will have to describe with your unwritten notes. Creativity is probably the most adequate quality you must have to become a great composer. The score to a drama can be very different from an action flick, or a comedy. A war movie should sound and be far away from a comedy. And yet, you might be forced as a composer to use all sorts of feelings in one movie. One of the most difficult type of films to score in my opinion, would probably be a documentary about animals, like this ‘UNTAMED ROMANIA’, especially if it’s set in a foreign country you probably never have been to. Writing music for any documentary like this one is a hard task, because you can’t always imagine what the protagonists (in this case: wild animals) are feeling. You can guess, but your never sure about it.

That is exactly what composer Nainita Desai got into. Getting the opportunity to score a documentary about wild animals in an ‘untamed’ part of rough nature in a rather distant country. Being a female composer, British with Indian roots didn’t make it easier I suppose. It’s a hard world especially for female composers. I still don’t get why women aren’t more represented in this almost men-only universe. They should, but let’s not get too political. There are a few who did break through in some way, thinking about Rachel Portman, the late Shirley Walker, Anne Dudley, more recently Pinar Toprak, Debbie Wiseman, and maybe a handful other talented composers but that’s still not enough. I’m sure there are tons of other great undiscovered talented young women out there. This must change. No need to say I’m always attracted and intrigued to listen to scores written by women. So, I started to listen very carefully to this one even if I didn’t always have enough time, I persisted to hear the whole album at least a dozen times. ” Is it that good?’’ you may ask. My answer is yes, of course.

What I particularly appreciate in a score is the variety the composer put in it. The more the better. At least, that’s my opinion. But still, it needs some kind of connection. You can’t write a score without any kind of thread otherwise it becomes a vulgar musical collage that soon bores. The way Nainita Desai takes you on a beautiful adventurous journey is almost indescribable. From the first track on you are captivated by the smooth harp and enchanting female voice accompanied by strings at first, later joined by the brass and woodwinds to merge in some epic overwhelming music. And believe me it’s only the beginning! The whole album is filled with musical gems. It’s not easy to approach a documentary with thematic scoring, but Desai tried and succeeded. We are introduced with the main theme and many other themes and motifs in the opening title track and that theme returns more than once. You hear it soon enough in the second track Sleeping Giants. Even the other themes or motifs have more than one appearance. A Chrysalis Awakes is also a marvellous piece of music. Melancholic cello, rhythmic vocals a bit like we are used to by Jenkins’ Adiemus. Wonderful track which makes us wander in a dreamy world, without any need of images.

I said before that I loved variety in scores and there is a lot of in there. In Wild Boars it’s time to feel menacing brooding deep strings and brasses joined by some percussions evolving into a true action track with great epic apotheosis again. It sounds like a sort of better version of some standard Remote-Control Productions (Zimmer’s production company). I obviously mean this in a good way. Further on there still is a lot of diversity to discover. We get enough action, light-footed humour, mystery, fantasy, tension, etc… to not get bored. It’s absolutely impossible to not love this score which I would love to start calling it by its true name as it should be: masterpiece! After listening to it so many times as I did so far, I still discover new stuff I didn’t hear before and that’s a sign that I’m listening to something fabulous! It’s like I already saw the film for which it was composed without having even watched it, which I didn’t yet. If it’s as good as Desai’s score, it could be one of the best documentaries I ever watched. The variety of this lady isn’t only in musical styles, it’s also masterfully orchestrated. I think we hear quite every instrument possible. A full symphonic orchestra not restrained to standard norms like most Hollywood blockbusters nowadays, but one time you hear flutes in the main melody, the other time you hear a clarinet nodding Gershwin’s famous Rhapsody in Blue, or a piano arpeggiating fluently, then a violin or a cello. I rarely heard such a coherent varied score before or it would have been from some grandmaster of film music which brings me to another remarkable quality of our composer.
There sure are some influences of other great composers (Vangelis comes to my mind in Mayfly Season), but she never copies and that’s a sign of greatness! There are few who succeeds in this. Even famous composers already copied others or even themselves. Sometimes deliberately, sometimes not. It’s quite tricky, I must admit. When you love some composer, you try to sound like him, but you can’t do this to obviously or you are just copying, which Desai never does here. Hats off!

To put it briefly, this score should get its place in every self-respected soundtrack aficionado’ collection. It’s really, breathtakingly beautiful. Nainita Desai already composed other scores after this one and I’m sure they’re really nice too. This is a composer I will follow closely in the future. Let’s hope she’ll get the attention she needs and obviously deserves. She sure will get other assignments now and in the near future. Congratulations with this masterpiece, Nainita! Way to go!

The soundtrack is available digitally on October 4, 2019.

Untamed Romania is directed by Tom-Barton Humphries and narrated by Mark Strong and Victor Rebengiuc .

The documentary is a feature-length film celebrating Romania’s astounding natural beauty and sheer diversity of wild animals. Vast mountains, ancient forests and expansive wetlands provide undisturbed habitats to many of the continent’s iconic creatures.
From the forested slopes of the Carpathian Mountains where bears, wolves and lynx roam free, to the wind blown waters of the Danube Delta where pelicans take to the skies.
Untamed Romania will reveal how the country’s creatures adapt to the varying seasons, and how forests in particular are crucial to their existence. Romania's forests and wetlands are some of the last strongholds of Europe’s wildlife….


More info at: Official movie website Off The Fence Productions