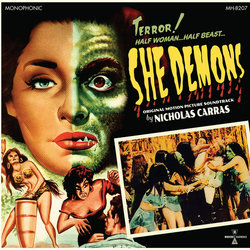 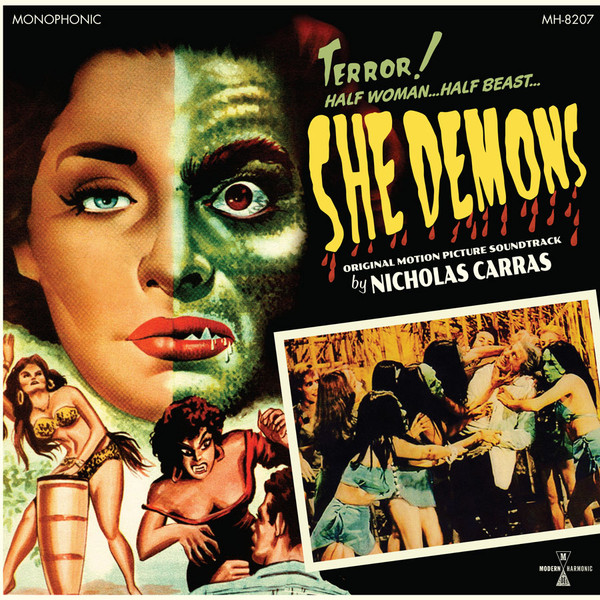 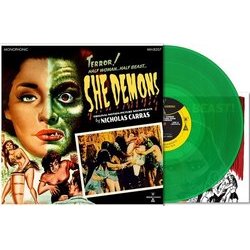 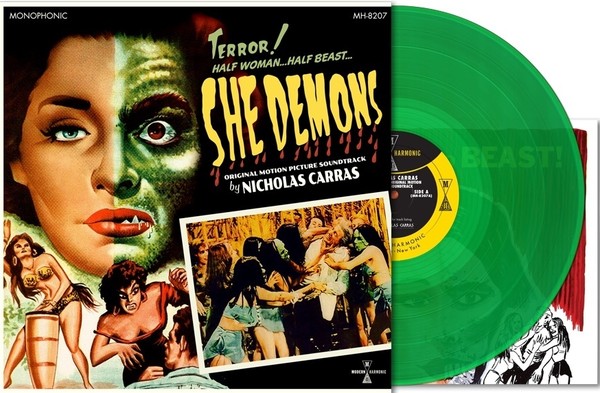 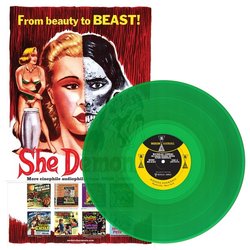 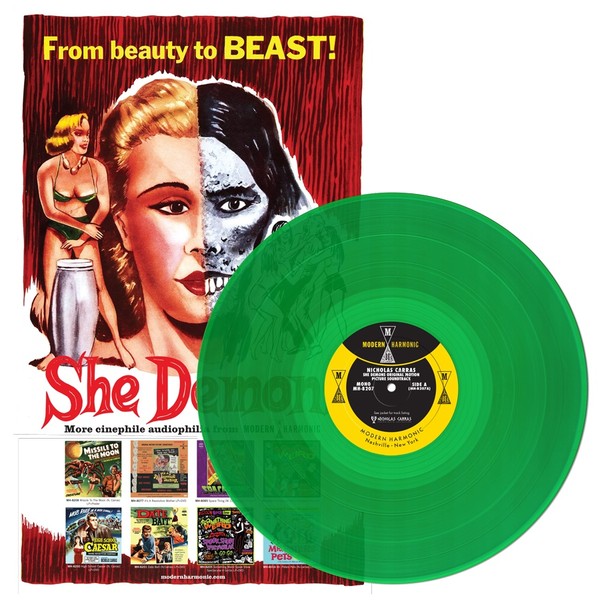 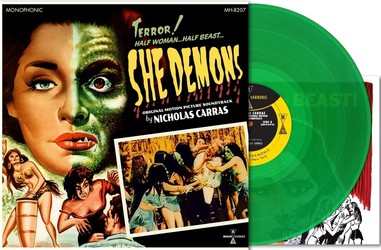 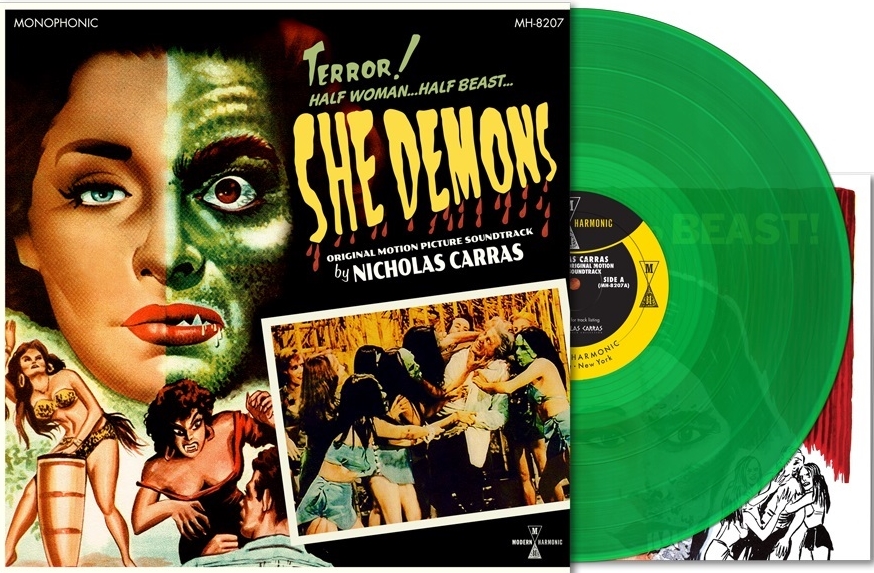 Nicholas Carras soundtrack for this 1958 horror film adds a much needed shot of drama and excitement to the wide range of bizarre charms captured on screen.
Carras employs thundering tympani and a small ensemble for an enthralling score, highlighted by a drum-propelled dance and Oscar-worthy dialog. Pressed on demon green vinyl and includes a menacing movie poster!

This is the first true soundtrack to this 1958 sci-fi/horror movie. Once youve seen the film, youll never forget it, so take that as either a recommendation or a warning!

Despite the low budget Nicholas Carras had to work with that only permitted 22 players (which was small for the time), he takes full advantage of his limited musical resources to make the picture seem much bigger than it otherwise would have been.

Thundering tympani provides a lot of that power, with about a dozen brass and woodwind players being used in many different combinations to keep the accompaniment from getting stale.

There isnt a lot of piano in the score because the composer needed organ in many of the cues, and couldnt afford a second keyboardist.
The most memorable piece is obviously the drum-propelled dance, which was also wisely adapted for the films main title, but theres much more to the soundtrack than that.

As Carras has demonstrated with Mr. Peters Pets, Date Bait, and High School Caesar, even when presented with a ridiculous storyline, he treated the tale with the utmost seriousness.
This way, when your disbelief can no longer be suspended, the music provides a steady mainline of entertainment on its own!