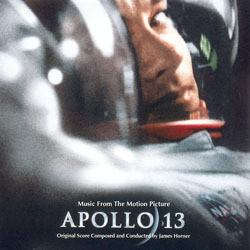 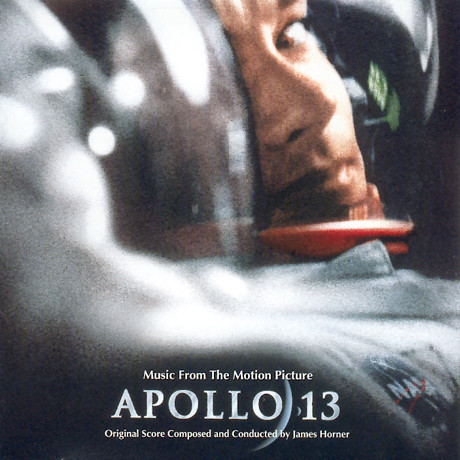 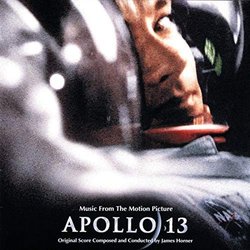 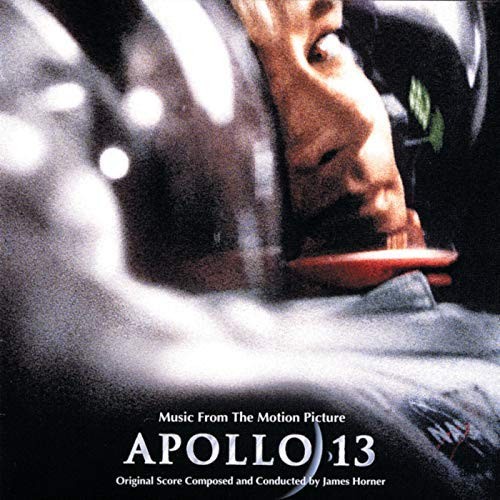 The first track, "Main Title", starts with a snare drum, after which a lonely trumpet (played by Tim Morrison) presents the films' main theme. The beginning of "All Systems Go - The Launch" sounds almost like a psalm, before the trumpet and the whole orchestra takes over. The tension in the music builds up through the track, and when the main theme, sort of tranquil but in all its grandeur, is heard the tension lets go, and you can relax. Very effective. The music is little reminiscent of "Take Her To Sea, Mr Murdoch", from Titanic, and both pieces manage to create the same mood of grandeur and pride. This is without doubt one of Horner's best pieces ever. "Master Alarm" is pure actionmusic. Horner makes use of his rumbling piano, and a snare drum is playing in the background the whole time, which is very effective. The piece ends quietly, but not less dramatic. In "Dark Side of the Moon" Horner makes use of Annie Lennox's voice to create av feeling of loneliness and desolation, and Tim Morrison's lonely trumpet tries to put the listener into the right mood. When you listen to this track you understand, a little anyway, how the astronauts must have felt upp there. "Re-entry & Splashdown" is magnificent music. Here as well the snare drum hightens the tension and drama. Finally the main theme is presented again. The tension lets go and peace and order are restored. The track is ended with a very effective crescendo with choir and orchestra. "End Titles" starts with Annie Lennox's voice, ackompanied by synth and percussion. After a crescendo the orchestra and the choir takes over the entire stage in a very good rendered version of the main theme. The track, and the album, ends with a solotrumpet.

The CD contains rather little music by Horner, about 40 minutes, and that's really too bad. It feels like something's missing. On the disc there are also some soundclips from the movie, some with Horner's music mixed in the background.
Apollo 13 - 10/10 - Review of Tom Daish, submitted at 2010-09-26 19:19:22 en
For the purposes of this review, I will ignore the pop songs on the score and stick to the original score only.

James Horner had an excellent year in 1995, the highlight of which were his big three scores Casper, Braveheart and Apollo 13. Although I like Casper very much, probably due to its immense amount of fun, it is Apollo 13 that I would have picked as his best 'mature' score for 1995. It is a fairly subtle and understated score most of the time and has an almost religious quality about it, especially the horn and choir parts. The dialogue on parts of the tracks is a bit irritating, but that's why we have programmable CD players! There are two main themes, one is used mostly during the launch and one is used mostly in the return of the module to Earth. Both are related in style, but different enough to tell apart. The power of the launch music is slightly lost on CD without the visuals as the way it fits in with what is going on is superb. The action cue that immediately follows the explosion has pianos rumbling around in the bass propelling the music and the on screen action tumbling off into space. The Dark Side of the Moon uses the talents of Annie Lennox to add a soothing vocal which is mysterious and beautiful. The best comes last though, when the module finally returns to Earth, the tension builds as the crew go out of radio contact but then returns with the second theme as they appear in the sky. The music is patriotic, but not too much so and certainly nowhere near as over the top as say Independence Day. There was rather a fiasco with different version being released, but I have the standard version with the correct track listings and although I would have liked the promotional version, I can still thoroughly recommend this as a perfect example of a James Horner score.
Oscars: Best Original Score (Nominee)