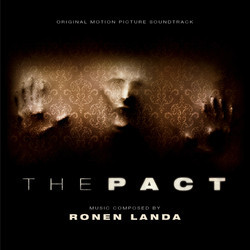 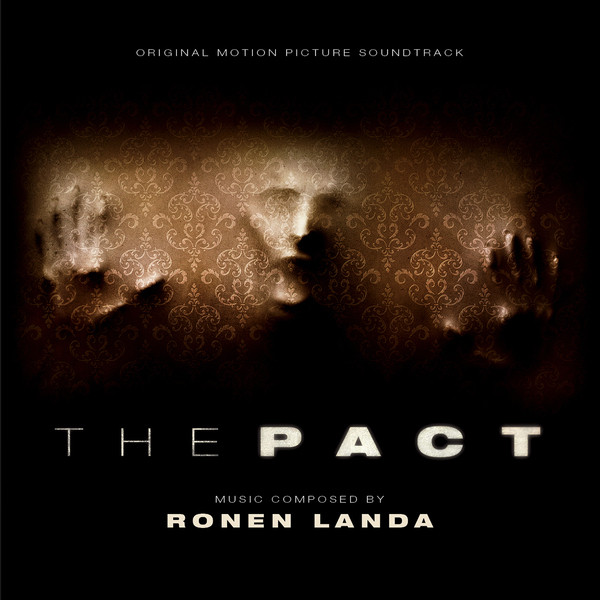 The Pact - 09/10 - Review of John Mansell, submitted at 2012-06-09 12:25:23
We all know that music in film is so important, and music in Horror movies in-particular is paramount to helping with the atmosphere and also the overall impact of those scary situations unfolding on screen (if you dare to look, that is ). THE PACT is one of those ever so edgy movies and the score certainly reflects and underlines this factor. Composer Ronen Landa has created an atmospheric and highly tense sounding work, it is in my humble opinion a partly experimental and quite modern sounding score but also has elements within it that are more traditional tools when it comes to horror movies and although it contains 90 percent of what can be labelled as atonal music and effects it also has within it’s perimeters some softer and more melodic sounding passages, which basically calm and place the listener into a false sense of security, only to shake them out of this seconds later with dark and nerve shattering sounds. I have to remark that I was quite taken aback at the inventiveness and originality of this score and the quality of the orchestrations etc. The story is set in a haunted house so the composer cleverly recorded sounds from his own house, which included a number of kitchen items and machines such as a washer dryer and a radiator, he then integrated these into his compositions, the music that is performed by a small chamber ensemble is merged and fused with these sounds and further effects all of which gel wonderfully, together creating a score that is stressful, tense and downright frightening. Sinewy sounding strings at times screech and burst forth from the compositions literally startling the listener, these combined with an array of percussive elements, solo piano which is used sparingly and some sounds that are for want of a better description half heard tones and part developed themes generate an atmosphere that is filled to the brim with foreboding, apprehension, anxiety and dread that for me also relayed an air and feeling of desperation. Amongst all of this masterfully written fearful music there is a glimmer of light and sanity in the cue HER LITTLE DREAMS (THEME FROM THE PACT), which is Track 3, this is a simple, intimate and affecting piece, performed on solo piano which plaintively picks out a delicate and fragile theme, solo violin joins the piano mid way through the cue augmenting and complimenting it and together the two solo performances coalesce to create a short lived but beautifully, moving and simplistic tone poem, that is engaging and lingering. This theme or at least whispers of it reoccur throughout the score, but seldom develop into a full working of it, as in Track number 8, PENDANTS, violin takes centre stage with piano subtly punctuating proceedings until they are over powered by a darker and more ominous sound that has been acting as a low key accompaniment. To say that THE PACT is just another score for another horror movie, would certainly do it an injustice, as this is certainly not the case, it is a superior, intelligent and well written score that I know will delight and maybe even frighten many a collector of quality film music. Highly recommended.