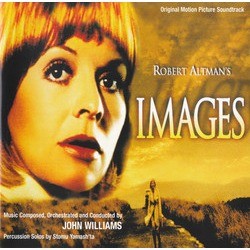 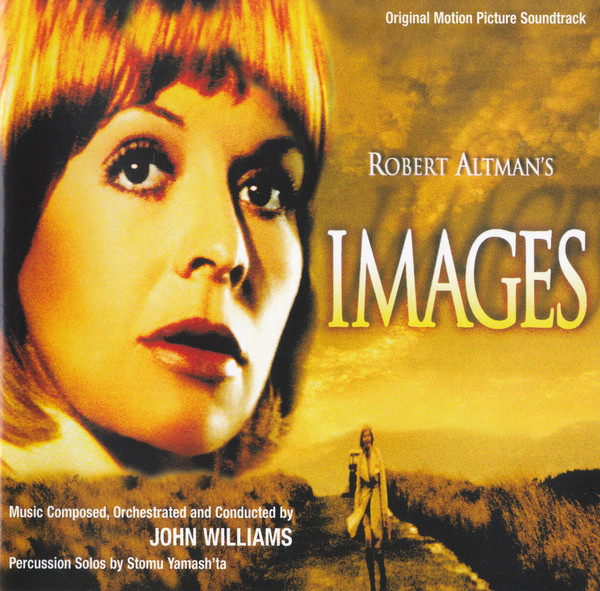 Images - 10/10 - Review of Joe Aliberti, submitted at 2013-02-14 15:13:18
Film composers, like actors and directors, are often typecast by critics because of their famed association with a particular type of film and are usually underestimated as a result. No film composer has been subjected to as much criticism from the mainstream press (especially in recent years) as John Williams, criticized as being heavy-handed and his music dismissed as being either bombastic or schmaltzy (or both). But, little do those critics (and even some of his fans) know that Williams is capable of so much more as a composer and can do quite the opposite when called for it. His Oscar-nominated score for Robert Altmans 1972 psychological thriller IMAGES is a case in point.

The film stars Susannah York as a schizophrenic housewife whose growing descent into madness by seeing apparitions has potentially murderous outcomes. Given the subject matter, its unusual, dark, and disturbing, and Williams delivers by eschewing a big orchestra and instead only writing for strings, woodwinds, and percussion (played by Stomu Yamashta, who also provided grunting vocals). In Search of Unicorns (named after the childrens book York was writing at the time, which was integrated into the film- a very Altman touch) presents the main theme, first heard on piano. Its a haunting melody filled with melancholy and that theme gets woven throughout in many different ways (my favorite being heard in Dogs, Ponies, and Old Ruins). As Yorks mental state gets worse throughout the film, the score naturally gets more terrifying, with the dissonant The Killing of Marcel being a pivotal point in the story and then The Love Montage, which scores Yorks affairs with her three lovers (some perhaps imagined) with JFK-like percussion bits and shrill string writing reminiscent of Hesters Theme from his score to Brian De Palmas THE FURY (and one of his best, in my opinion). The one track in the score that has a bit of lightness to it is the gorgeous Blood Moon (which wasnt used) and one can hear where Williams possibly got inspiration for the main theme to THE WITCHES OF EASTWICK fifteen years later. But after that, the terror returns for the next few tracks and culminates with The Waterfall/Final Chapter augmenting the revelation of the twist ending and closing out with a reprise of the main theme.

Those who think they know Williams based on STAR WARS and the like may find IMAGES to come as a bit of a shock. For the more adventurous fans of the composer, however, I think its worth checking out but I recommend watching the film first to really appreciate the music (the film is, after all, why it exists in the first place). Its not the easiest music to listen to, but those willing to take a chance might just have a new appreciation for Williams (plus, its only thirty-five minutes!). What I like most about it is that the more I listen to it, theres always something new I find that makes me marvel at his talent- and this was early in his career! Although he is rightfully renowned for his blockbuster efforts, its the little scores like this one that make Williams more than deserving of the moniker maestro.