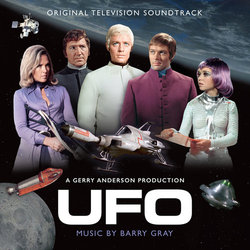 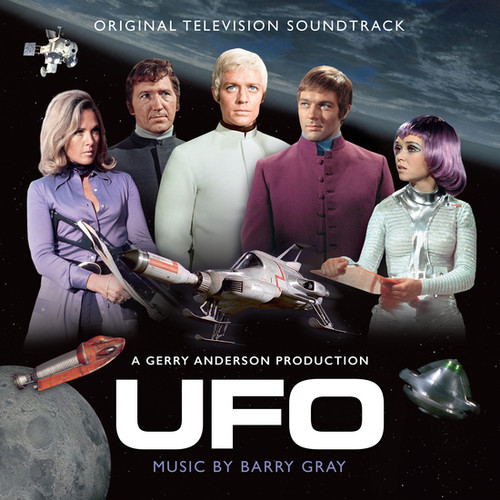 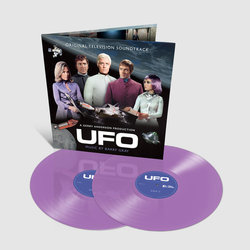 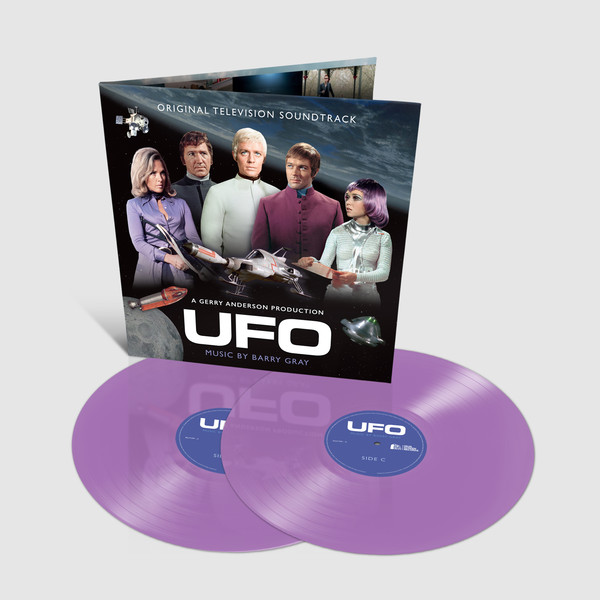 2019 would have been Gerry Anderson’s 90th birthday. To celebrate his Legacy, Silva Screen Records will release a series of freshly remastered and compiled soundtrack albums from the iconic TV shows. Starting with UFO on 13th September, the Silva Screen releases will feature unforgettable TV themes and will cover all the major, worldwide popular series that Gerry Anderson produced. All the releases in this series are being newly compiled, mastered and designed by the creative team at Fanderson - The Official Gerry And Sylvia Anderson Appreciation Society.

Moving away from his signature militaristic sound which relied heavily on the brass and percussion sections, for UFO, Barry Gray produced a Jazz tinged period score, rooted in lounge style. The softer sound, with extensive use of leitmotifs, follows Gerry and Sylvia Anderson’s first live action sci-fi series. Featuring 26 episodes set in the futuristic 1980s, the series is inspired by the two big topics of the 60s, extra terrestrials and the first successful heart transplant. The timing was perfect for a story about the Earth community defending themselves from aliens intent on harvesting human organs and the storyline follows the constant battle of SHADO (Supreme Headquarters Alien Defence Organisation) a secret organisation defending earth against the invaders from space.

Barry Gray was both a classically trained composer and a versatile musician who worked as musical arranger for Vera Lynn, Eartha Kitt and Hoagy Carmichael’s , resident conductor of the RAF camp dance band and a TV composer. Indeed it was Vera Lynn who introduced Barry Gray to Gerry Anderson. Equally at ease composing for big ensembles, electronica, military bands and jazz ensembles, Barry Gray is best known for creating the music for Gerry and Sylvia Anderson's Supermarionation television series Fireball XL5, Thunerbirds, UFO, and Space: 1999 and his influence on the TV score genre is still evident today.

Available on CD and Vinyl !

After a decade of creating pioneering puppet series made for children, Gerry & Sylvia Anderson took their first steps into live-action, with the 1969 feature film Doppelgänger (re-titled outside Britain as Journey To The Far Side Of The Sun).

After a decade of creating pioneering puppet series made for children, Gerry & Sylvia Anderson took their first steps into live-action, with the 1969 feature film Doppelgänger (re-titled outside Britain as Journey To The Far Side Of The Sun).

This science-fiction film approached its outer space subject matter with a gritty realism, and would set the tone for what was to be their first live-action television series: UFO.
This new series took as a starting point the pioneering work of Dr Christiaan N. Barnard, the surgeon who performed the world’s first heart transplant operation.

In UFO a dying race of aliens travel across vast distances of space to harvest organs from human beings to help ensure their own survival.
To combat this threat the United Nations created SHADO, a top-secret organisation utilising the latest technology available to defend the Earth. To complement the series, the Andersons frequent musical collaborator Barry Gray created a multifaceted score that gave the programme its own musical identity.
Elegantly crafted and a firm favourite with Barry Gray fans, the sound of UFO, particularly its ethereal “World Music” closing credits is, quite simply, a joy. Includes a bonus track, Trampoline performed by The Spencer Davis Group from the episode Ordeal.