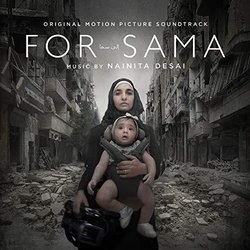 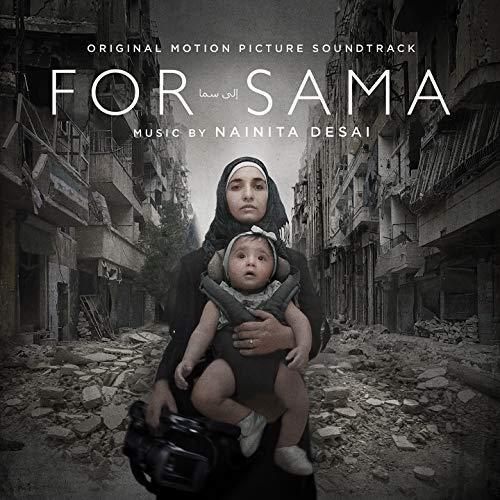 The score is beautifully written, and pulls the listener immediately into a kind of dark, but not depressing, atmosphere. There is also some delicacy and hope. Although we're far away from the sound of 'Untamed Romania', which I have previously reviewed, there is a distinct signature sound in the style and structure of writing that makes us recognize the hand of the composer. That is becoming a rarity these days in the world of film music, and I can't repeat enough that this is really regrettable. It can only be enlightening to hear such music again amongst all the noise Hollywood is producing nowadays.
'For Sama' is a more intimate score than 'Untamed Romania', but nevertheless the diversity of the instrumentation is comparable. That is why the listener never gets bored by listening to this score multiple times. This is typical of Nainita Desais writing. Despite being intimate, 'For Sama' remains thrilling to listen to.
The album starts with a tense and sad introduction with a Syrian solo violin in 'July 2016 - Under Siege'. It instantly transports us to the Middle East. The violin does it all, just by the way it's played. Amazing.

There are some splendid melodies like the piano theme in 'Remain Strong', which confronts us with the smallness of a human being in dark times, or when in 'A New Life' we get something a little bit more hopeful but with some similarities to 'Remain Strong', like some kind of continuation of the previous track.
Another highlight of this album is the violin theme in 'The Miracle Baby' later joined by the cello and re-prised by the whole string section towards the end. Stunning music!
'Sama Is Born' is also a great track. It is a perfect piece of music to describe a birth, so delicate and fragile and hopeful. The piano starts with something simple in its lower register accompanied by some low strings, but flourishes into a beautiful, delicate melody for a trio of cello, violin and piano. You can almost see the baby just by listening to the music.
'Grieve For The Dead' is a bit darker, as the audience would expect. This piece is written for strings only. It is in fact some kind of short Adagio for Strings. Sadly beautiful with a strong sense of mourning.
Clearly, once more there is a wealth of fantastic music on this album by Desai, too many to mention.
Another aspect of 'For Sama' is the fact that there are basically two sides to the story told here. There is the human delicacy of everything about Sama and her mother, and there is the almost indescribable fierce side of the war. Without falling into a trap of clichés, the composer writes some tense, more electronic and therefore emotionless music to describe this war and its consequences. The best example is the self-explanatory track 'War Came To Us', a very dark, dissonant, moody track with a lot of electronic sounds but in combination with some gliding strings and ending in some obsessive pulsing. The most difficult track to listen to is definitely 'Hospital Bombing'. Of course we can't accept anything else to describe such an atrocity and the composer does a terrific job even writing for such horror.
Some tracks are a bit of a combination of both emotions, like for example: 'Close To The Frontline'. It starts with some peaceful guitar joined by some melodic percussions later on but then turning into some tense electronic sounding suspense only to return to a slow and sad cello based melody.
Like I already said in my previous review of Nainita Desai's 'Untamed Romania', scoring a documentary is always difficult especially if it's about animals. It's always a challenge to approach such a film with a thematically written composition. Nonetheless, with a war film, Desai succeeds once again to introduce some beautiful themes to the audience. The theme we hear for the first time in 'Remain Strong' returns to 'We Will Return' in a longer more elaborated version. An amazing track.
In 'Leaving Home' we get the same theme we were introduced to in 'Remain Strong', although with a more hopeful colouring. This track sounds like a true emotional release, a happy end perhaps...?
'The Silence Of The City' is also one of the many really great tracks of this score. Almost a perfect final track for the album, but the honors go to the very last track 'For Sama  End Credits' where we can hear another version of the theme heard in 'Remain Strong' and 'We Will Return' in a more positive way, a worthy ending to a breathtaking score once again by Nainita Desai, about a story that had to be told but should never had happened.