Country Music: A Film by Ken Burns
The Soundtrack (1xCd) 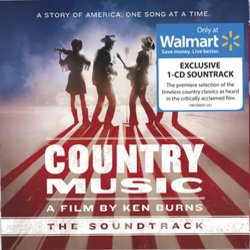 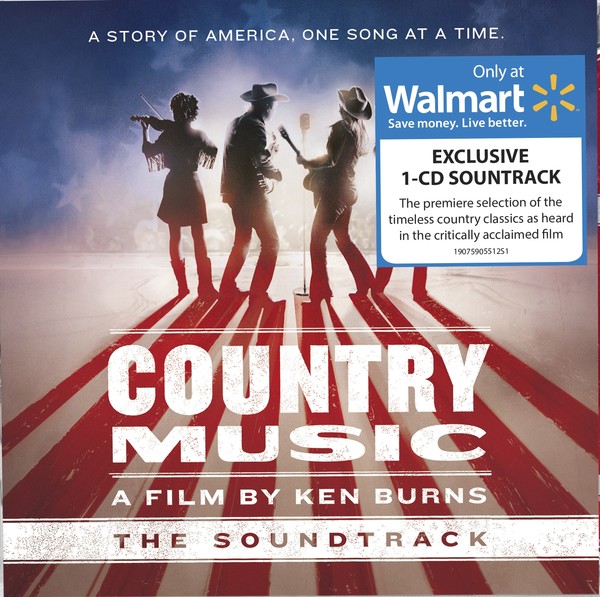 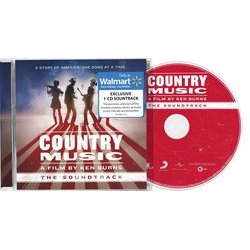 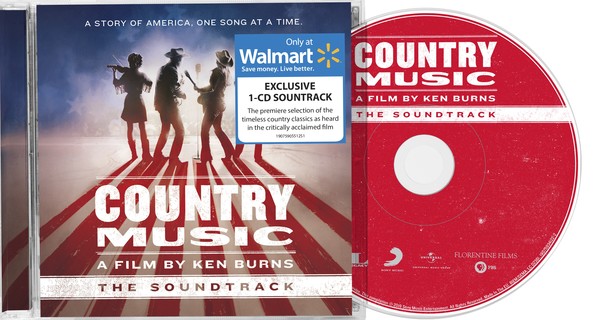 Legacy will release a suite of soundtrack products–including 2CD, 2LP and digital configurations of the multi-artist album–on Friday, September 13.

Walmart will carry an exclusive 1CD configuration of the soundtrack and Barnes & Noble will release an exclusive, limited edition red, white & blue vinyl product that includes a signed certification of authenticity from Ken Burns.

All configurations may be pre-ordered starting today:

COUNTRY MUSIC – A Film By Ken Burns (The Soundtrack) showcases essential recordings, drawn from the nearly 600 music cues used in the documentary, covering the wide historic terrain of 20th century American country music. A tree with deep roots and ever-expanding branches, American country music evolved from songs passed down from generations of settlers and slaves until 20th century recording technology made it possible for hundreds and thousands (if not millions) of listeners to share the same musical experience on a record.

COUNTRY MUSIC journeys from early Appalachian “hillbilly” recordings through “singing cowboys” and bluegrass, Texas swing and Tennessee rockabilly and more, all the while paying attention to the impact of radio, Hollywood and television on the evolution of American country sounds and attitudes.

The deluxe box set edition of COUNTRY MUSIC – A Film By Ken Burns (The Soundtrack) includes many rarely seen archival photos, posters, documents and memorabilia related to the artists and recordings in the film, originating from a variety of sources including Sony Music Archives, the Country Music Hall of Fame, artist estates, and country music photographers. The box includes a note from the film’s producers Ken Burns, Dayton Duncan, and Julie Dunfrey as well as in-depth essays by Bill Malone (the “dean” of country music historians and consultant/commentator for the film) and country music historians Colin Escott (covering the 1930s-1950s) and Tamara Saviano (covering the 1960s-1990s). The set features quotes from many of the artists who appear in the series including Dolly Parton, Rosanne Cash, Kris Kristofferson, Merle Haggard, Vince Gill and others.

Disc One of the deluxe edition of COUNTRY MUSIC – A Film By Ken Burns (The Soundtrack) covers “Episode One: The Rub (Beginnings – 1933)” and “Episode Two: Hard Times (1933-1945)” of the film and includes pioneering performances from The Carter Family, Jimmie Rodgers, Charlie Poole with the North Carolina Ramblers, Gene Autry, Bob Wills and His Texas Playboys, Roy Acuff and His Crazy Tennesseans, Bill Monroe and His Blue Grass Boys and more.

Burns’ documentary explores crucial questions––”What is country music?” and “Where did it come from?”––while telling the stories of the fascinating trailblazers who created and shaped it. Much like the music itself, the film tells unforgettable stories of hardships and joys shared by everyday people.

“At the heart of every great country music song is a story,” said Ken Burns. “As the songwriter Harlan Howard said, ‘It’s three chords and the truth.’ The common experiences and human emotions speak to each of us about love and loss, about hard times and the chance of redemption. As an art form, country music is also forever revisiting its history, sharing and updating old classics and celebrating its roots, which are, in many ways, foundational to our country itself.”

COUNTRY MUSIC is the culmination of eight years of research and production, including interviews with more than 100 people (40 of whom are members of the Country Music Hall of Fame, and 20 of those interviewed have since passed on). Among those storytellers are historian Bill Malone and a wide range of country artists such as Marty Stuart, Rosanne Cash, Vince Gill, Reba McEntire, Merle Haggard, Dolly Parton, Willie Nelson, Dwight Yoakam, Emmylou Harris, Kris Kristofferson, and Naomi and Wynonna Judd, as well as studio musicians, record producers and others. The film uses more than 3,200 photographs and over two hours of archival footage, including rare and never-before-seen photos and footage of Jimmie Rodgers, Johnny Cash and others.

A concert celebrating the film was filmed and recorded at Nashville’s fabled Ryman Auditorium (once the home of the Grand Ole Opry) on March 27 and is slated to premiere on PBS ahead of the first COUNTRY MUSIC broadcast.