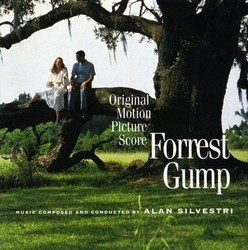 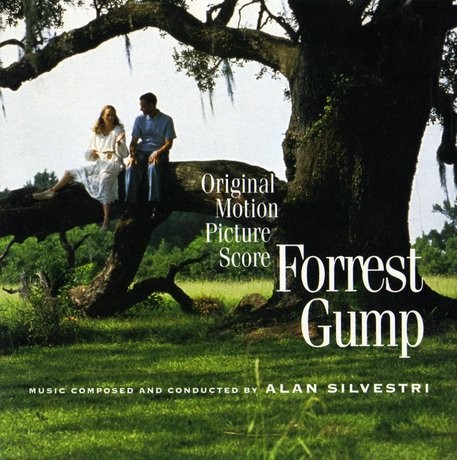 Show reviews in other languages
Forrest Gump - 08/10 - Review of Tom Daish, submitted at 2010-10-09 12:31:07
Forrest Gump was one of those films that split audiences, at least it did once they'd seen it. You can either buy into Tom Hanks' simpleton who ends up somehow featuring in important world (well, mainly American) events, or you regard it as sentimental mush. For my money, it was neither great nor awful, but director Robert Zemeckis has done a lot better, but there is almost no way he would have won an Oscar for Back to the Future despite it being a vastly superior film. One surprise in Gump's Oscar sweep was Alan Silvestri missing out for his gentle score, although this happens more often than not, notably Thomas Newman being overlooked for American Beauty. In fairness, Silvestri's pleasant score isn't particularly outstanding, but he is the kind of composer who seems unlikely to ever win, unless attached to a high profile Oscar worthy film such as this, as although he scores for many successful films, few are Oscar contenders.

In the grand tradition of filling movies with period pop songs, Forrest Gump is littered with many 60's and 70's classics, the score thus has to fill in the emotional gaps. The result is a score of short cues, although it just about manages to avoid being choppy, plus has the advantage of being very tuneful. Aside from the well known piano theme, there are a couple of minor, but equally appealing, yet sentimental melodies, as well as a broad, but feisty action motif, reminiscent of Goldsmith's Rudy, although Silvestri actually does more with his theme by way of variation and orchestral counterpoint. Although the themes appear a couple of times each, several tracks don't rely on the main themes and while they could be seen is filler, they are merely the joins that would occur between themes in a score with longer cues and so function admirably.

The Suite from Forrest Gump has been re-recorded a number of times to becomes a compilation staple and the piano theme is a regular contributor to those rather bizarre selections of piano music at the movies. The full suite is actually the last two tracks of the album played without a break (as on the Cast Away compilation which is taken from the original recording) and is a perfect summary of the score. Having commented on the sentiment level, this is nowhere near to the sort of tooth rotting, sugar coating that Marc Shaiman regularly supplies. Silvestri's slightly less plush orchestrations make the melodies simple and affecting, rather than attempting to drown the listener in strings like a poor man's Georges Delerue. One of Silvestri's finest, most tuneful and engagingly intimate scores.
Forrest Gump - 10/10 - Review of Andreas Lindahl, submitted at 2008-01-20 21:25:40
The two disc Forrest Gump album is probably one of the most frequently found soundtracks in many CD collections. Packed with classic pop and rock songs from the 60's and 70's, this is actually a fairly good representation of the music heard in Robert Zemecki's successful film, starring Tom Hanks as the somewhat unintelligent, but loveable hero. However, it completely overlooks Alan Silvestri's wonderful and very beautiful score. While the songs were mostly used for anachronistic reasons, the purpose of Silvestri's score basically is to underscore Forrest's inner feelings and thoughts. It may sound strange, but actually makes perfect sense when paying attention to how it's used in the film.

Like Forrest himself, Silvestri's music is gentle and a little naive. Scored mostly for a small orchestra with strings, woodwinds and piano, it's very thematic with a lot of hummable themes, all easy to love. The "feather theme" is probably the most familiar of the themes Silvestri uses throughout the score. Heard in the very beginning of the film, as well as in the end, this is a simple, but very lovely and optimistic theme, performed by piano, backed up by light, soft strings and acoustic guitar. Forrest's relationship with his mother (Sally Field) is represented by a lovely piano based theme, while his friendship with Jennie (Robin Wright) is more sad, but quite intimate, and appears in a heartbreaking rendition in "Jenny's Grave". One of the best themes Silvestri has ever written. Forrest's running, on the other hand, gets a more upbeat, fanfare sounding theme.

Forrest Gump is truly one of Silvestri's best scores, but was completely overlooked at the Academy Awards - not even a nomination! It's a beautiful Americana score, which features some absolutely gorgeous music. It's one of the chick scores, like Horner's Braveheart and Legends of the Fall - melodic and lush. A feel good score that belongs in every collection.
Golden Globes: Best Original Score (Nominee)
Oscars: Best Original Score (Nominee)