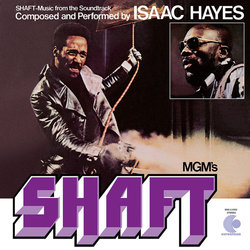 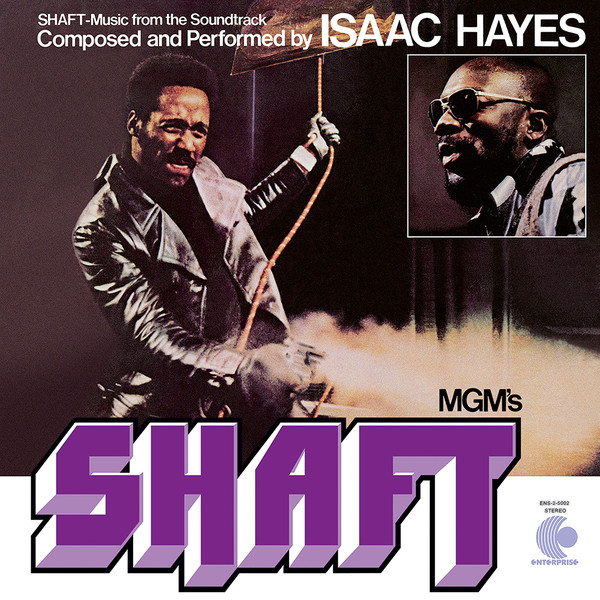 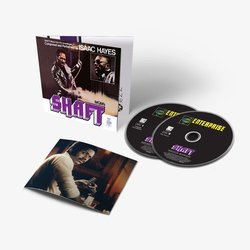 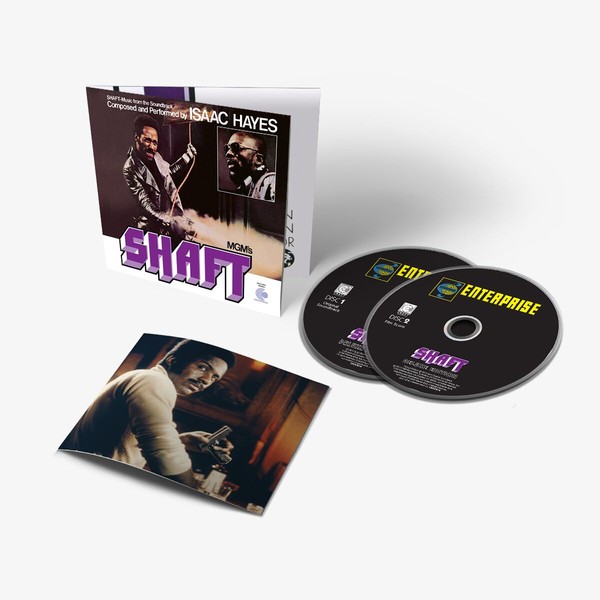 Shaft — Music From The Soundtrack Set For Deluxe Reissue

Craft Recordings is excited to announce a new deluxe reissue of Isaac Hayes’ GRAMMY® Award–winning album Shaft. Set for a June 14th street date and limited to 5,000 copies worldwide, the two-CD collection will offer the newly remastered, classic soundtrack—as originally released in 1971—plus all of the original music from the film, which did not appear on the best-selling LP. In-depth liner notes from Ahmir “Questlove” Thompson round out the set. A single-disc version consisting of only the remastered soundtrack will also be available.

Los Angeles, CA—Craft Recordings is excited to announce a new deluxe reissue of Isaac Hayes’ GRAMMY® Award–winning album Shaft. Set for a June 14th street date and limited to 5,000 copies worldwide, the two-CD collection will offer the newly remastered, classic soundtrack—as originally released in 1971—plus all of the original music from the film, which did not appear on the best-selling LP. In-depth liner notes from Ahmir “Questlove” Thompson round out the set. A single-disc version consisting of only the remastered soundtrack will also be available.

Unbeknownst to many, the music from the Shaft soundtrack album and the film were actually not the same. When Isaac Hayes was tapped to score the film’s music, he was at the height of his success as a solo artist, following years as a hit songwriter and producer at Stax. Hayes composed a collection of funky, moody arrangements for the Gordon Parks–directed action film, which told the story of a black detective in Harlem hired to recover the kidnapped daughter of a mob boss. For two months, in between tour dates, the musician recorded the iconic “Theme From Shaft,” “Do Your Thing,” and a wealth of instrumentals at MGM Studios in Culver City, CA. Hayes then returned to Memphis, and the familiar confines of the Stax studios, to re-record much of the music from the film for the soundtrack album. It would be those later recordings that would be released in 1971 as Music From The Soundtrack. The music heard in the film wouldn’t see the light of day in any form until 2008, when it was released as part of a limited-edition box set. It’s taken nearly 50 years, but finally both the music from the film and the now-classic recordings from the soundtrack can be heard together for the very first time. In his liner notes, Questlove praises that “Hayes was a specialist at mood music, in the sense that he knew how to employ orchestration and tempo to elicit emotions from his listening audience. ‘Bumpy’s Lament’ is sad and contemplative, a perfect match for Gunn’s gangster, worried about the fate of his daughter. ‘Walk to Regio’s’ approximates downtown energy with a pulsing bass and a chirping guitar that opens up into a fully orchestrated section. ‘Do Your Thing’ is another straightforward song, brassy and sultry.”

Both a commercial and critical success, Shaft—Music From The Soundtrack remains Isaac Hayes’ best-known and best-selling album. The groundbreaking title—which, upon its release, was already setting a record as the very first double album of original studio material from an R&B artist—became an instant success. Shaft spent 60 weeks on the Billboard 200 chart, peaking at Number One, while “Theme From Shaft” went to Number One on the Hot 100 singles chart. Hayes took home three GRAMMY® Awards for the album and its songs in 1972, and an Academy Award® for “Best Original Song” for “Theme From Shaft,” becoming the first African American to win an Oscar® in a non-acting category. In 2014, Shaft—Music From The Soundtrack was inducted into the National Recording Registry by the Library of Congress for being “culturally, historically, or aesthetically significant.”

Singer, songwriter, producer, and actor Isaac Hayes revolutionized soul music, leading it out of the era of the three-minute single and into cosmically new territory. Born outside of Memphis, Hayes began his career in the mid-’60s as a session keyboardist at Stax, where he worked with some of R&B’s biggest names at the time—from Otis Redding and Booker T. & the M.G.’s to The Bar-Kays and Rufus Thomas. Hayes would soon move into producing, as well as songwriting, where he would pen some 200 songs with David Porter, including hits for Johnnie Taylor, Carla Thomas, and, perhaps most famously, Sam & Dave. With songs like 'Soul Man' and “Hold On! I’m Comin’,” Hayes and Porter would help shape the “Memphis Sound” that made Stax a soul powerhouse.

Hayes’ career as a solo artist took off in 1969 with his landmark sophomore album, Hot Buttered Soul. The LP was unlike anything that fans of the genre had heard before; with the singer’s husky, baritone rapping and intimate crooning set against a massive backdrop of strings and horns from the Memphis Symphony and a solid backbeat by the Bar-Kays. Tracks included a nearly 19-minute performance of Jim Webb’s “By The Time I Get To Phoenix” and a 12-minute rendition of the Burt Bacharach / Hal David classic “Walk On By.” He would follow with The Isaac Hayes Movement and …To Be Continued in 1970, and Black Moses in 1971. By the time that Shaft had hit movie theaters, Hayes had established himself as a revolutionary musical force. Throughout the ’70s and ’80s, the artist would continue to be endlessly prolific in the studio, while also acting regularly in film and TV roles. In 2002, Hayes was inducted into the Rock and Roll Hall of Fame, and in 2005, he was inducted into the Songwriter’s Hall of Fame. Hayes passed away in 2008.

As Hollywood gears up for a reboot of Shaft this June, the original film’s enduring legacy still remains. In his liner notes, Questlove declares that the movie “was the Big Bang of African American movies. . . . It was Year Zero for the [Blaxploitation] movement. It was the blast center.” While Shaft was revolutionary in its own right, Isaac Hayes’ compositions for the film helped set the stage for countless scores to follow. Questlove elaborates, “Shaft did many things. What it did, most of all, was cement the relationship between African American movies and African American music. Every Blaxploitation film that followed, whether it was a straight crime story, a feminist rewrite, a comedy, or even a horror movie, had an accompanying soundtrack by an artist trying to put the black experience on wax.”