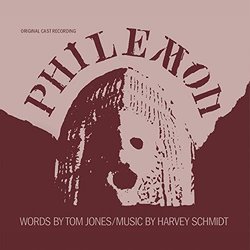 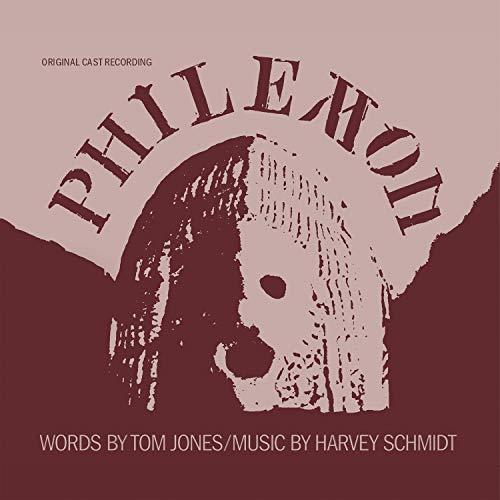 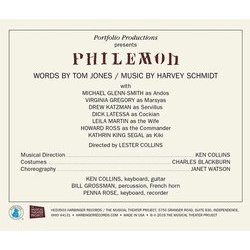 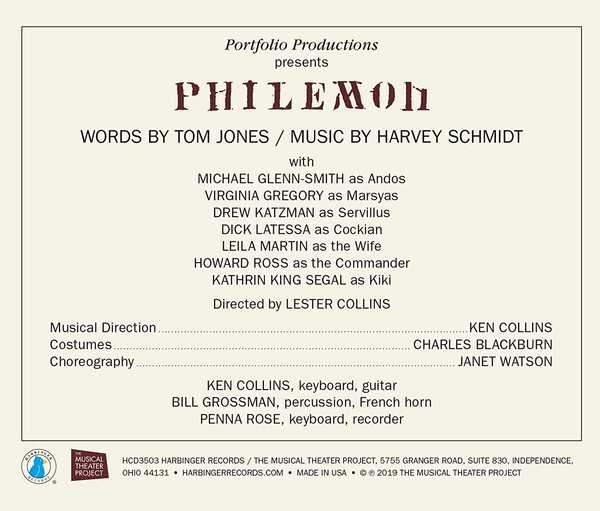 This 1975 original cast album is a must-have for discriminating lovers of musical theater. Written by Tom Jones and Harvey Schmidt (The Fantasticks, 110 in the Shade and I Do! I Do!), Philemon was an award-winning musical in the 1970s that has been undeservedly neglected because of its limited-edition pressing as an LP. Says Jones (now 90 and still writing for the stage): I think Philemon may well be the most interesting show Harvey and I ever created. It has a strong story and a haunting score, and it takes the musical theater form into places it had never been before. I am overjoyed that Harbinger is re-releasing the original cast album so more people can discover it. Jones's inspiration for the musical was a passage in Allardyce Nicolls book Masks, Mimes and Miracles about a Roman clown who, during the reign of Diocletian, impersonated a Christian leader and slowly turned into the man he was impersonating. Dick Latessa won an Obie Award as Cockian, the clown who becomes Philemon, and the musical itself won the Outer Critics Award as best of the season. The following year, it became a prestigious PBS special on Hollywood Television Theatre. The release contains an extensive booklet with notes by Tom Jones and recently unearthed photos of the original production. The album has been restored and remastered by multiple Grammy Award winner Alan Silverman.