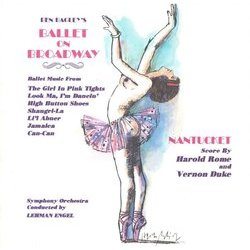 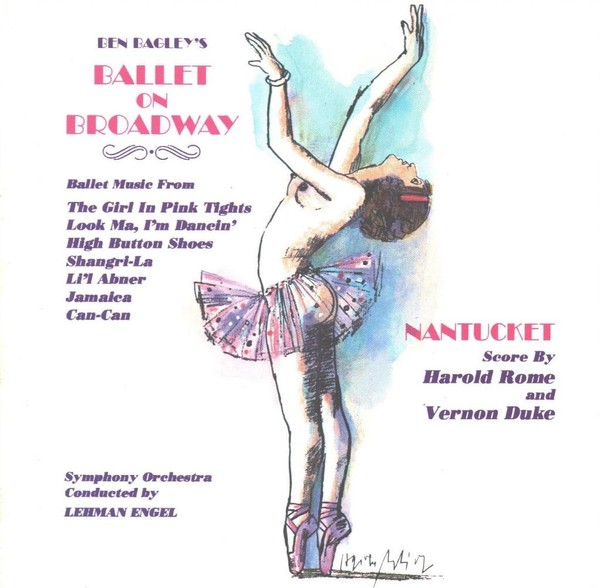 Ballet on Broadway was rescued from oblivion by Ben Bagley. It was a pet project of the great Lehman Engel. Only a handful of copies got pressed, it was not released, and no one ever knew of its existence, other than Engel and the lucky few who managed to have a copy. Bagley contacted Engel, who was thrilled it could finally see the light of the day, and finally musical theatre lovers got to hear it.

Creating dance and ballet musical arrangements in musicals was and is a true art and this CD is the living proof. Great dance and ballet music from High Button Shoes, Jamaica, Look Ma, I’m Dancin’, Shangri-La, Can-Can, The Girl in Pink Tights, and the amazing “Sadie Hawkins Day Ballet” from Li’l Abner. These kinds of things never made the cast albums of the shows, so it’s simply wonderful to have them available and brilliantly conducted by Engel.

Ballet on Broadway was originally released by Bagley on LP. He later released it on CD but it’s been out of print for decades. As he was wont to do, Bagley filled out the running time of the CD was some wonderful and obscure material, mostly by the great Vernon Duke. The Show is On was a 1937 musical revue with music mostly by Duke and lyrics by Ted Fetter. Dilly was adapted by playwrights Jerome Lawrence and Robert Lee from the novel, Miss Dilly Says No. They worked on it in the early 1950s but the musical never happened. The songs, however, are delightful. In 1943, Duke, with Harold Rome as his lyricist, wrote a musical called Nantucket, set in the 19th century. They wrote nine songs for it, but it, like Dilly, never got off the ground. One can never have enough Vernon Duke and these selections are all very interesting and filled with Duke’s wonderful melodies.

As with our other releases in our ongoing reissues of the Ben Bagley albums, we have spruced up the sound considerably and we, of course, feature the wonderful art of Harvey Schmidt.