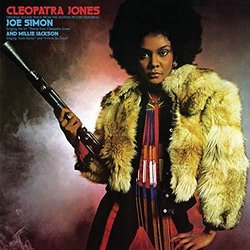 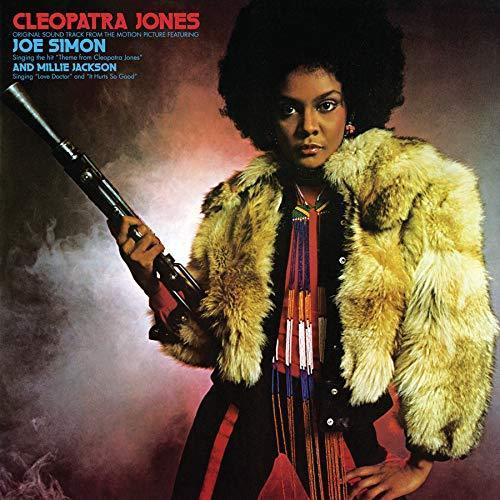 One of the great Blaxploitation film scores of the ‘70s, finally back on vinyl where it belongs! This 1973 feature introduced one of the great characters in the whole genre, starring the indomitable, six-foot-two Tamara Dobson as Cleopatra Jones, a hipper, blacker, and certainly more imposing James Bond. In this film, she thwarts a lesbian L.A. drug lord as played by Shelley Winters, all accompanied by the musical efforts of what is pretty much a ‘70s soul/jazz/funk dream team. On vocals, you had the leading male and female lights of the Spring label, the great Joe Simon (featuring his charting rendition of the title theme) and Millie Jackson . And on the instrumental side, jazz trombone giant J. J. Johnson (in collaboration with the underrated Carl Brandt of Mod Squad score fame). The result: a prime example of the symphonic funk that became the siren song for Blaxploitation soundtracks throughout the ‘70s. For its first domestic vinyl reissue, we’ve pressed up just 700 copies in red and blue starburst vinyl, with original artwork intact…oh so tasty!

Other releases of Cleopatra Jones (1973):