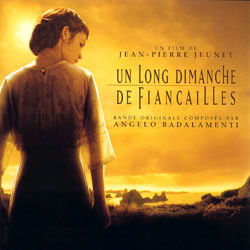 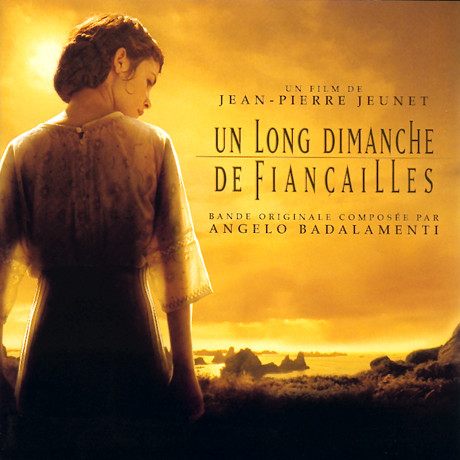 Show reviews in other languages
Un Long Dimanche de Fianēailles - 08/10 - Review of Andreas Lindahl, submitted at 2008-01-20 21:25:40
French director Jean-Pierre Jeunet had his big international breakthrough a couple of years ago, with the charming little film Amélie. The film had an equally charming, and quite popular, little score by composer Yann Tiersen. The director's latest film, A Very Long Engagement (Un Long Dimanche de Fianēailles), comes with a score composed by well known composer Angelo Badalamenti, and stylistically this is as far as one can possible get from Tiersen's playful toy pianos and accordions. Badalamenti has written a grand, but also very intimate and dark, orchestral score, dominated by long string lines, subtle woodwinds and somber French horn solos.

It's sometimes somewhat similar to Hans Zimmer's music for The Thin Red Line, with lots of strings and a rather restrained sound. Quite an unexpected score, one has to say, considering the fact that much of the plot revolves around the trenches of World War I (yet another Thin Red Line parallel - a soft, intimate score for a much more violent story). But Badalamenti's music never gets especially martial in its sound, apart from the subtle use of snare drums in a couple of cues, as well as long, sad horn lines. But don't expect any action music, or heroic brass fanfares.

Theme-wise, there's a quite beautiful, but sad, love theme, heard for the first time in "First Love Touch". It appears throughout the score, in tracks such as the incredibly beautiful "Kissing through the Glass" and "End Title". Performed by lush strings, this is as close to a sweeping, majestic theme as you'll get in this score, but it never crosses the line between beauty and sappiness, and Badalamenti never really allows the theme to take over the entire stage. For better or for worse.

But A Very Long Engagement isn't a score that will blow you away because of its themes - they really aren't that strong. Instead, what makes this score so good and mesmerizing is its darkness and somberness, its captivating orchestrations - the slow strings and the sad horns. The score is never in a hurry, so to really appreciate the music it's important to really sit down and listen to it. Just like The Thin Red Line.
World Soundtrack Awards: Soundtrack Composer of the Year (Winner)