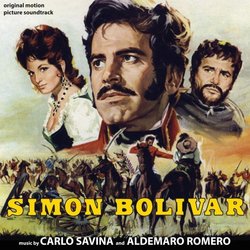 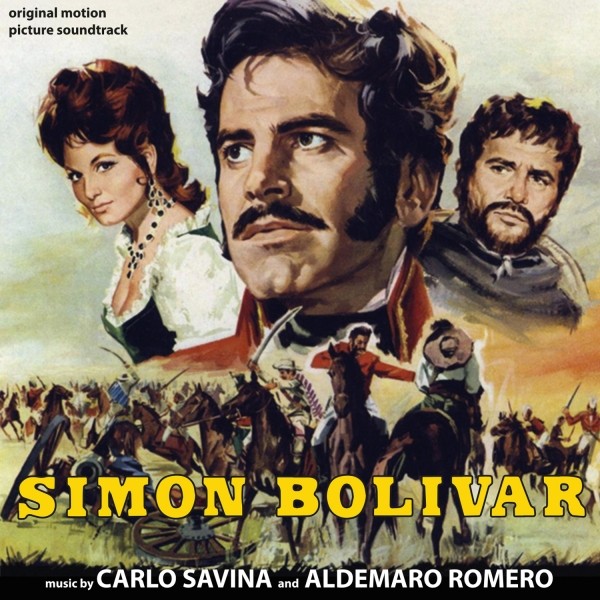 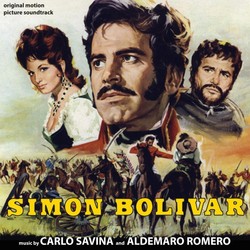 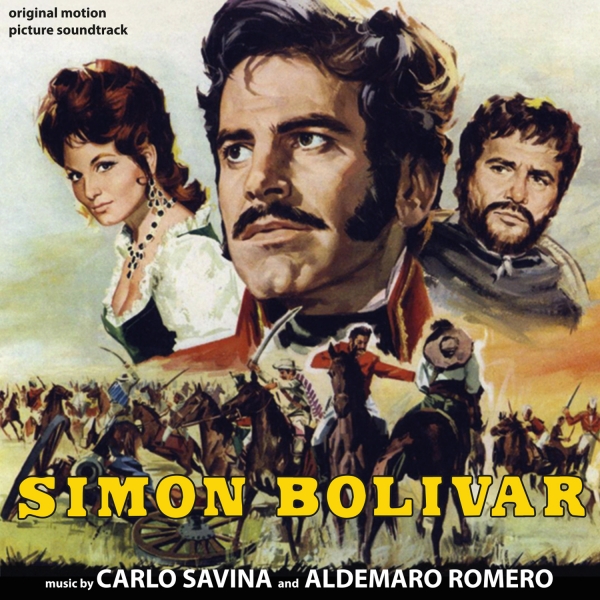 We are pleased to release the complete edition CD of the OST by Carlo Savina and Aldemaro Romero for the historical film Simon Bolivar. The film was presented at the XI Festival of Moscow (1969) where it won the Special Jury Prize.

SOUNDTRACK
Carlo Savina and Aldemaro Romero work together on this symphonic score dominated by the charming sounds of Latin America. The historical figure of Simon Bolivar is emphasized through heroic passages for orchestra and chorus which alternate with a romantic love theme and music for the battle scenes. C.A.M. originally released a vinyl LP (SAG 9022) with eighteen stereo selections (lasting 33:09min) which was reissued for the first time on CD (CSE 092) in 1992 in the C.A.M. Soundtrack Encyclopedia series. Thanks to the stereo master tapes from the original recording session, which were kept in excellent condition, we discovered about forty minutes of previously unreleased material such as alternative mixes and film versions.

PLOT
At the beginning of the 1800s in Venezuela the first rebel groups start a guerrilla war against the Spanish rulers. Simon Bolivar, who the indigenous people admire, manages to unite various revolutionary groups together into an army and guide them to victory against the invaders. After the country is freed, Bolivar soon enters into opposition with the representatives of the new political class, who oppose his plan to make all of Latin America independent and united. When congress allows him to begin his arduous venture in the hopes that he will fail and his popularity will go down, Bolivar moves his army towards Peru. At the news of the Venezuelan leaders new victory, the incredulous members of congress cant help but applaud with enthusiasm.