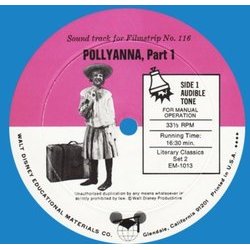 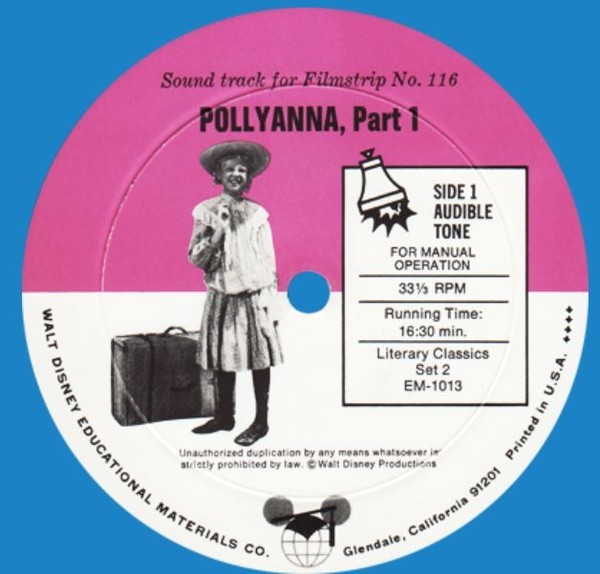 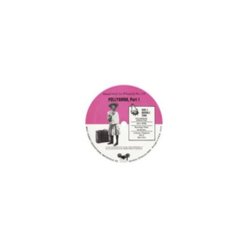 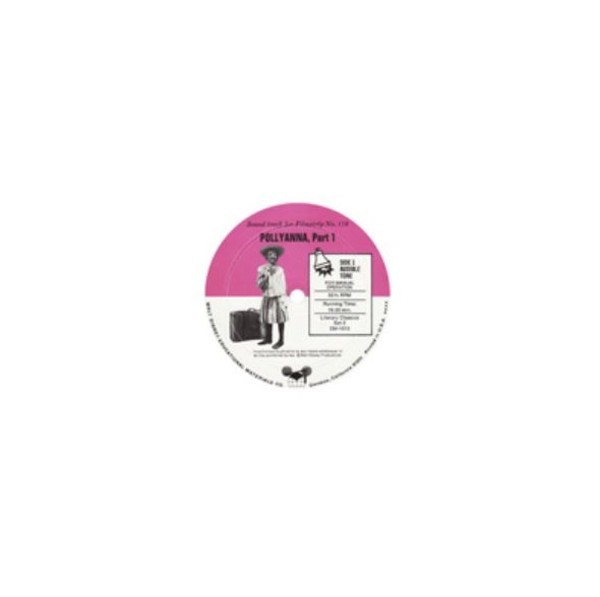 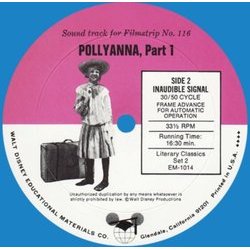 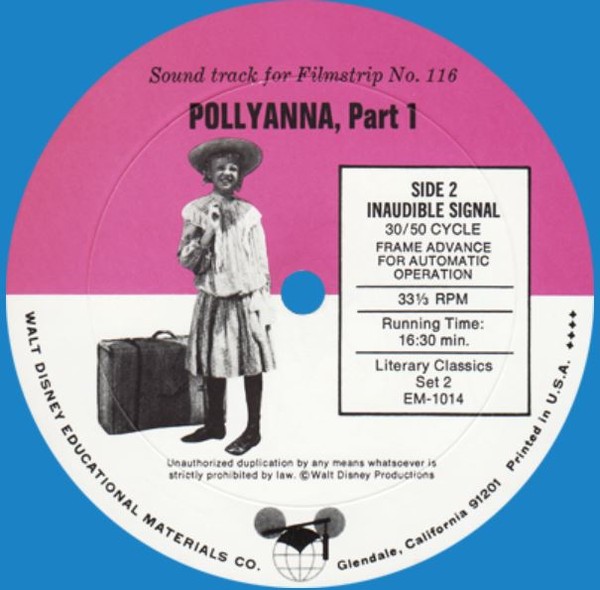 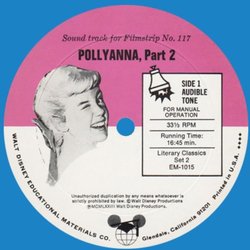 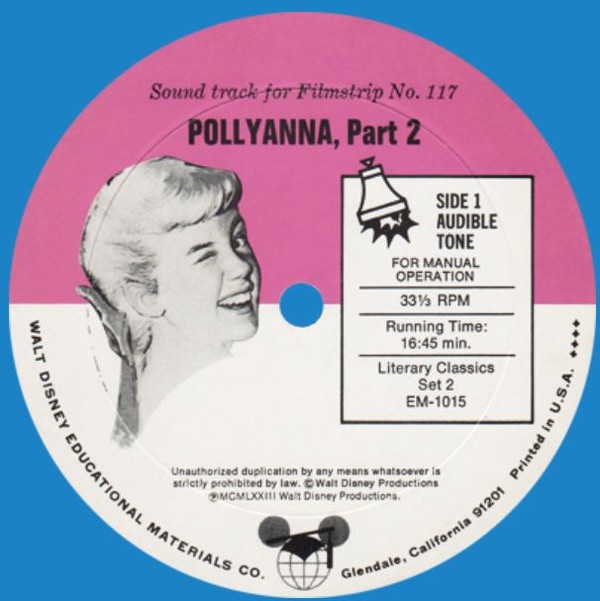 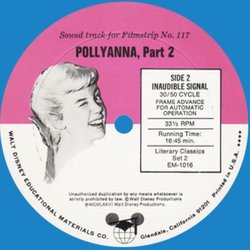 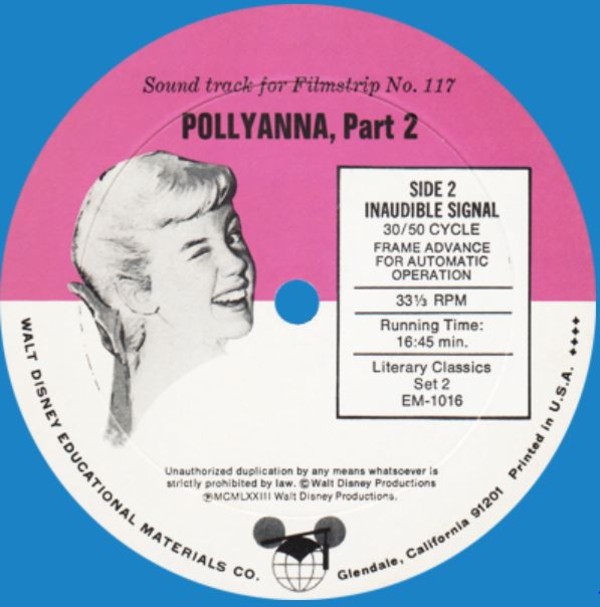 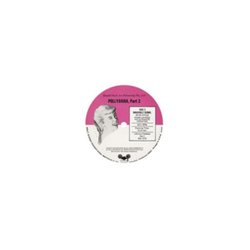 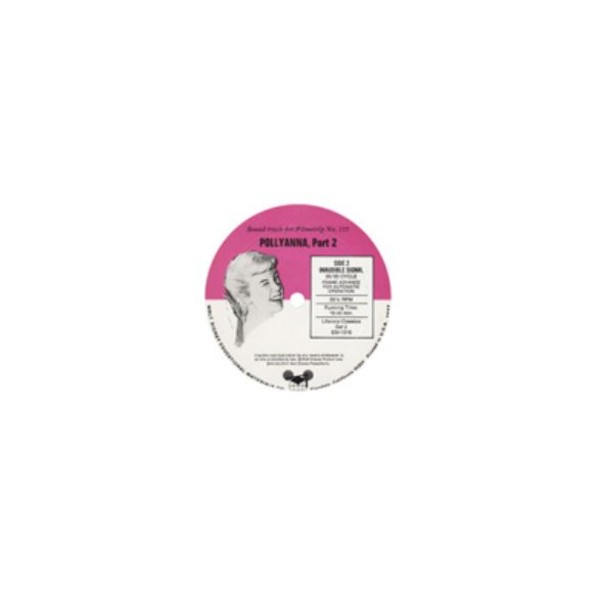 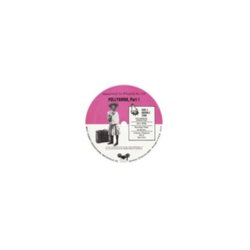 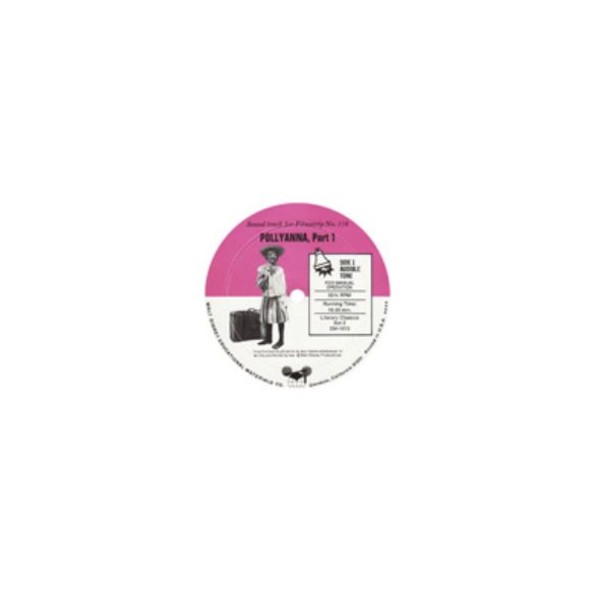 This two record set is part of the 'Literary Classics' record and slide set #2 that is intended to be played with filmstrips #116 and #117. The records are labeled as Part 1 and 2, with individual catalog numbers on each side, numbered EM-1013 to EM-1016.

There are only two sides of unique story content. Two sides include the full story with audio tones that assist with advancing the slides, while the other two contain an inaudible signal for slide projectors that can automatically advance, based on a 30/50 cycle-setting shown on the record label.

The slides that accompany the set are live-action stills from the movie.

'Pollyanna' is a Disney, live-action movie that premiered in theaters during May of 1960. The running time is approximately 134 minutes. This was Hayley Mills' first of six films for Disney. She starred as Pollyanna in the film and won an academy award for the most outstanding juvenile performance of 1960. Hayley was named a Disney Legend in 1998.