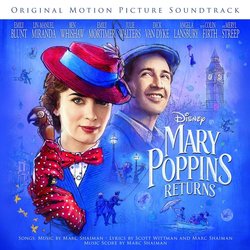 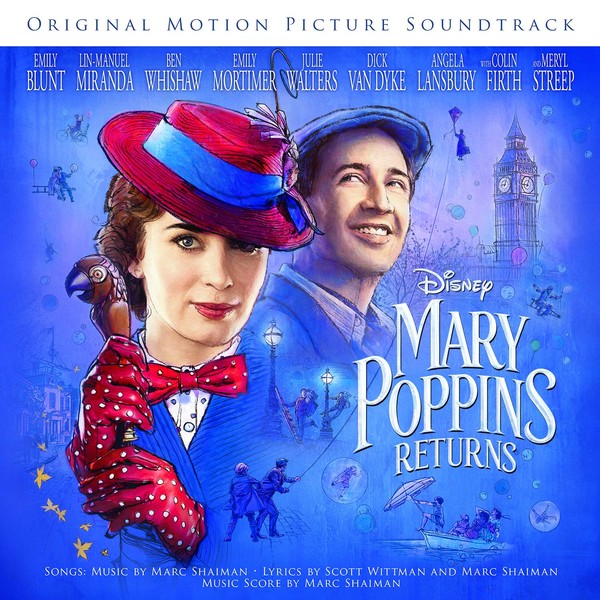 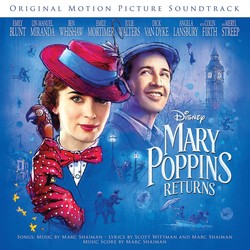 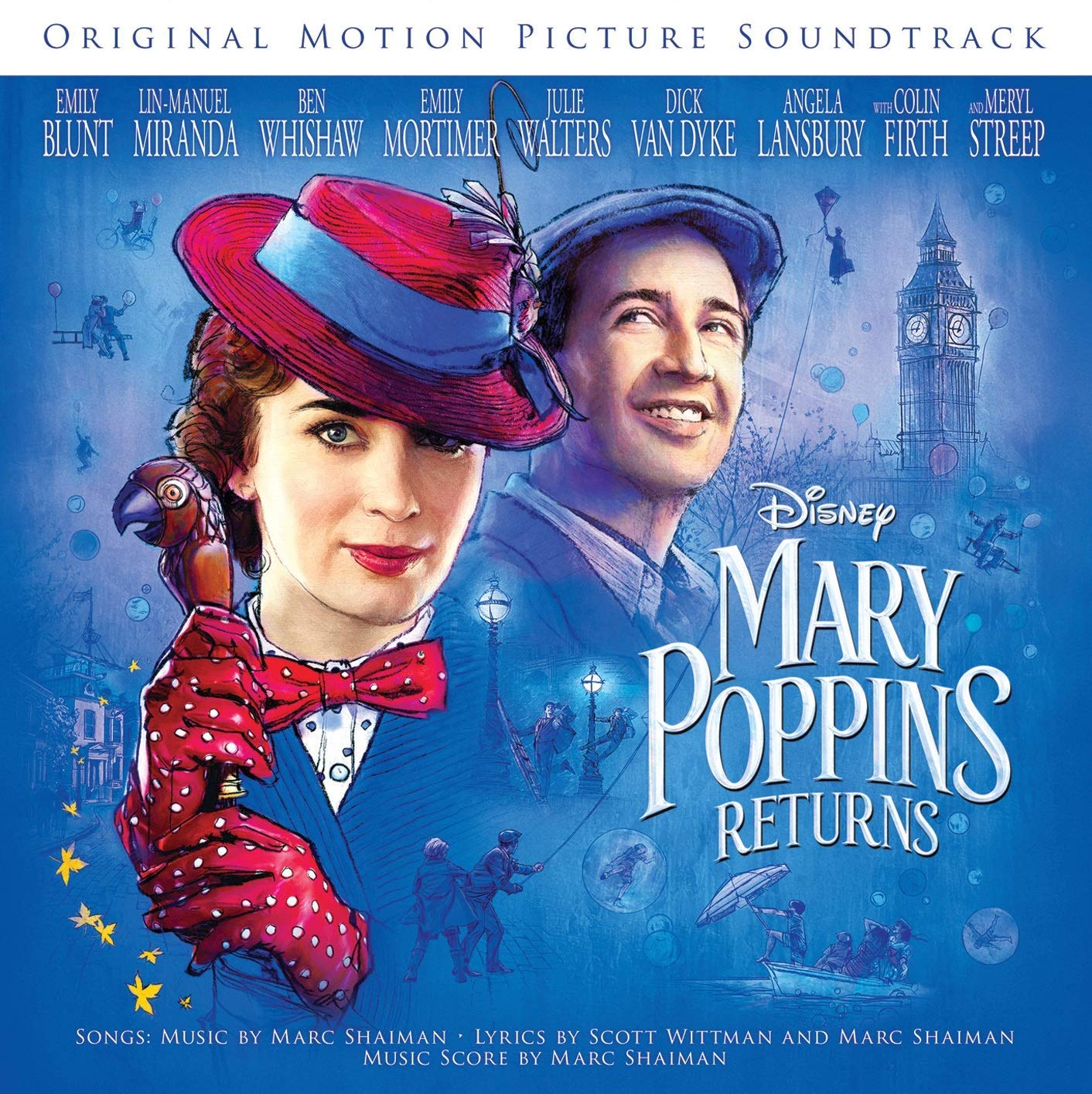 Walt Disney presents Mary Poppins Returns. The album features the original score from the movie composed by Marc and the movie’s original songs written by Shaiman and featuring lyrics by Shaiman & Scott Wittman.

Walt Disney presents Mary Poppins Returns. The album features the original score from the movie composed by Marc and the movie’s original songs written by Shaiman and featuring lyrics by Shaiman & Scott Wittman.

The full soundtrack album will be released digitally and physically on December 7. 2018.

In Disney's 'Mary Poppins Returns,' an all new sequel with a fresh sensibility that celebrates the spirit of the original, Mary Poppins is back to help the next generation of the Banks family find the joy and wonder missing in their lives.

Emily Blunt ('The Girl on the Train,' 'Into the Woods') stars as the practically-perfect nanny with unique magical skills who can turn any task into an unforgettable, fantastic adventure and Lin-Manuel Miranda ('Hamilton,' 'Moana') plays her friend Jack, an optimistic street lamplighter who helps bring light and life to the streets of London. 'Mary Poppins Returns' is directed by Rob Marshall ('Into the Woods,' 'Chicago').

The screenplay is by David Magee ('Life of Pi') and the screen story is by Magee & Marshall & John DeLuca ('Into the Woods') based upon the 'Mary Poppins' stories by PL Travers. The producers are DeLuca, Marshall and Marc Platt ('La La Land') with Callum McDougall serving as executive producer and the music is by Marc Shaiman ('Hairspray') with songs by Shaiman and Scott Wittman ('Hairspray').

Angela Lansbury appears as the Balloon Lady, a treasured character from the PL Travers books and Dick Van Dyke is Mr. Dawes Jr., the retired chairman of the bank now run by Firth's character.

PL Travers first introduced the world to the no-nonsense nanny in her 1934 children's book 'Mary Poppins.' However, the subsequent adventures of Mary Poppins remained only on the pages of the seven other PL Travers' books...until now. 'Mary Poppins Returns' is drawn from the wealth of material in these additional books.

The film takes place in 1930s Depression-era London 24 years after the original film was set. Michael Banks works for the same financial institution that employed his father and still lives at 17 Cherry Tree Lane with his three children, Annabel, John and Georgie and their housekeeper Ellen.
Carrying on in her mother's tradition, Jane Banks campaigns for workers' rights and provides a helping hand to Michael's family. When the family suffers a personal loss, Mary Poppins magically re-enters their lives and with Jack's help, brings joy and wonder back into their home.


Other releases of Mary Poppins Returns (2018):