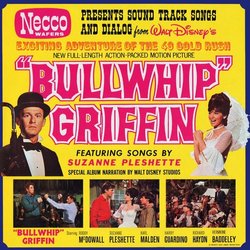 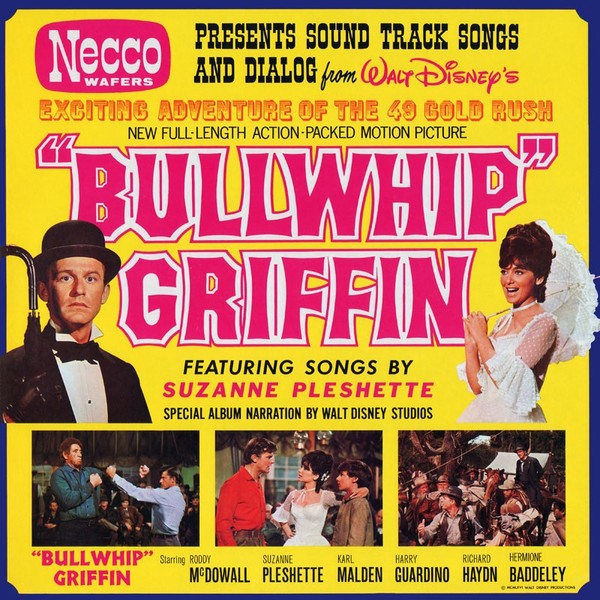 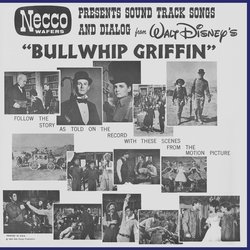 This album was available commercially as catalog number DQ-1291 and through a mail-order offer by Necco Wafer as catalog number DQ-1291-N. The original cost of the mail-order version was $1.00 with three Necco Wafer wrappers. Both albums include the same content, with story dialog and three songs, but the album artwork and labels are different. The mail order coupon for the Necco Wafers offer was available in the comic section of the Sunday paper dated April 30, 1967. The ad pictured measures approximately 13.25 x 6.5 inches.

'The Adventures Of Bullwhip Griffin' is a Disney live-action feature that premiered in theaters during March of 1967. The running time is approximately 108 minutes.