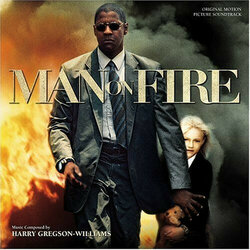 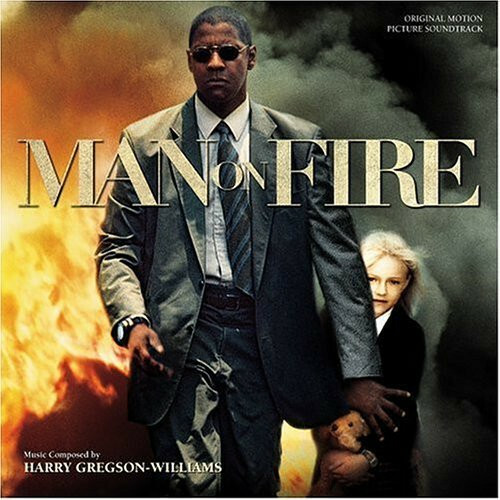 Man on Fire - 06/10 - Review of Andreas Lindahl, submitted at 2008-01-20 21:25:40
Harry Gregson-Williams composed a really, really good score for Tony Scott's Spy Game a couple of years ago and is now back with a score for the director's latest film, Man on Fire. The score has been available on Apple's iTunes for quite some time now, but has finally been released by Varése Sarabande on CD.

To me, Harry Gregson-Williams is one of the more interesting "upcoming" (he has, after all, been scoring films for quite some time now) composers out there today, because of his talent and versatility. He's written scores in a couple of different genres now - drama, animation, comedy and action, for example - and generally does very well no matter what type of film he scores, but I have to say that he is, above all, quickly becoming a master of mixing electronics with the traditional orchestra. Spy Game is an excellent example and Man on Fire is pretty much in the same area of the composer's musical palette. At times, at least.

But Man on Fire is not as varied, rich and exciting as Spy game, however. There are really no kick-ass action cues, packed with brass. Instead, the pure action cues are dominated by synths and percussion. "The Rave", for example, revolves around typical rave music, with lots of percussion, even if Gregson-Williams throws in some slow string lines and piano chords in the middle of the busy electronics, creating a pretty interesting sound. "Sanchez Family" is a pretty decent action cue and a pretty good example of what the action music in this score is all about - rythm and percussion. And unfortunately, they don't really deliver.

But Man on Fire is a surprisingly quiet and subdued score, with lots of slow string dominated cues, such as the sad "Pita's Sorrow", "Bullet Tells the Truth" and the almost ten minutes long "The End", the latter unfortunately somewhat ruined by Lisa Gerrard's damn vocals, but a rather nice track anyway. These cues, and the other one in the same style, are actually the highlight of the score.

In the end, Man on Fire has some terrific moments, but too much of the score is dominated by underscore, which makes for a pretty dull listen at times. The many short tracks are also a little annoying, as Gregson-Williams never really gets the fully develop his cues.
The music of this soundtrack was used in: