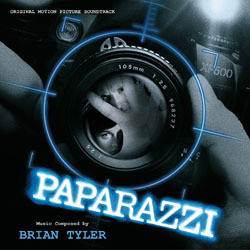 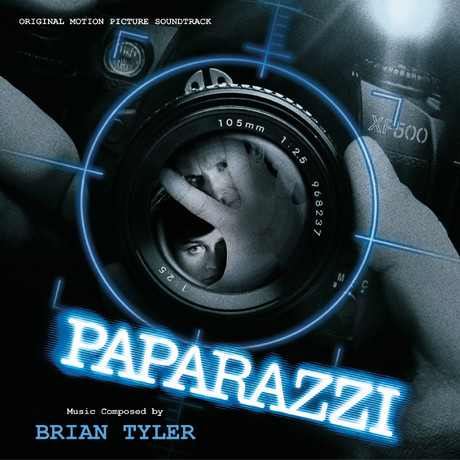 Paparazzi - 06/10 - Review of Krishna Manohar, submitted at 2008-01-20 21:25:40
A new release from 20th Century Fox pictures is Paparazzi. The film features actor Cole Hauser as a young Hollywood star Bo Laramie who finds himself the target of harassment after gaining fame. A rather vile minded bunch of photographers have taken upon themselves to constantly harass Laramie and his family. The paparazzi go way too far and cause a near fatal accident that causes Laramie to take revenge against the photographers despite the attention of a sympathetic detective (Dennis Farina) involved in the accident investigation (shades of Death Wish).

Brian Tyler was recommended to the film's director, Paul Abascal, by one of his assistants who heard a compilation of his work. Abascal would then instruct Tyler to write music that was percussion heavy with stylistic rhythms. There is a lot of suspense underscore on this film and, unlike scores such as Harry Gregson-Williams’ Man on Fire, most of the music is almost always interesting. There are hints of Tyler's previous horror and action scores with many appearances of nervous strings and a lumbering grand piano. Many music listeners have pointed out that Brian Tyler's music for Paparazzi is much like his previous work on "The Hunted."

There is very little thematic material - one small theme found in the cue “The Awakening”, which most definitely represents the Laramie family in happier times. Cues like “Turning Tables” and “Laramie Hitches a Ride” feature electronic percussion and synth strings that have become staples of the Media Ventures scores. “Discussion with a Detective” features pounding percussion hits that lend an eerie and mysterious nature to the score, while tracks like “End of the Line” help present the anger building in the film's protagonist. Brian has fleshed out the production probably to shrug off the stigma that his style of scoring is a bit too minimalistic.

However, as one gets towards the end of the second half of the score the remaining cues seem a little repetitive compared to what was heard before. But every so often an exciting cue like "Camera Chase" shows up to keep the listening session interesting. This score reminds me of John Powell's score to The Bourne Identity as there are a lot of stops and pauses in between the thirty tracks. That's a shame because the action material is pretty nifty and exciting but ends quickly due to 1 to 2 minute time frames. For future score releases, I hope Brian takes a lesson from composers like Hans Zimmer and James Horner who are able to have their music edited into concert suite-like cues that are longer in duration.

Paparazzi is definitely an exciting score despite the much to be desired editing and the near absence of an actual theme. Brian Tyler's body of work has for the most part been very good, although I was worried a bit after he strayed off course with his awkward score for Godsend. Paparazzi demonstrates that he is back on the path to success. I do not regret picking up a copy of this score as it is money well spent primarily for the action scoring. Brian has always stated that he is a percussionist and his score to Paparazzi is fine proof of that.
The music of this soundtrack was used in: