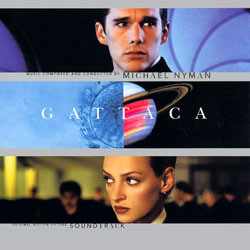 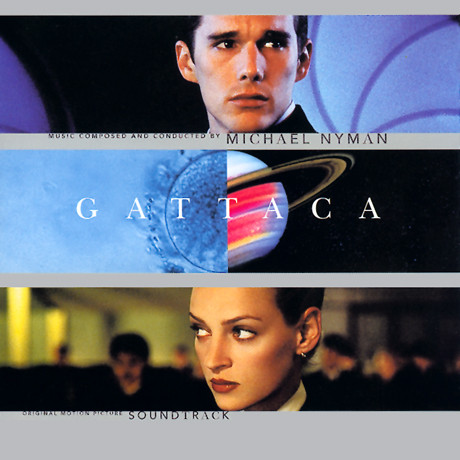 Show reviews in other languages
Gattaca - 07/10 - Review of Tom Daish, submitted at 2010-10-08 21:55:03
Science fiction films and Michael Nyman are not exactly synonymous, but in many respects, Gattaca is fairly unusual by the usual standards applied to sci-fi. Indeed, it's closer to 'real' science fiction than most films purporting to be in the genre and is an excellent allegory on the potential for government controlling society if it knows too much about individuals. The title suggests the crux of the film, knowledge and exploitation of genetic material, in that it uses the four letters used to denote the nucleotide bases that join together to form DNA - ATCG, adenine, thymine, cytosine and guanine. Unfortunately, this kind of cerebral sci-fi isn't routinely favoured in cinemas, although its slightly slow pace and low key performances probably didn't help, and so it didn't do much business despite hitting on some interesting themes and being generally more thought provoking than the average.

Perhaps the most striking thing about Nyman's score is that it is very lush, with warm strings leading the way and only the smallest hint of brass and woodwind. The music worked surprisingly well in the film, a rich counterpoint to the dilemmas of the protagonists and the austere and sterile world in which they live. Anyone expecting it to be along the lines of the cyclical patterns of Williams' very Nyman or Glass influenced AI are likely to be surprised by its warmth and tunefulness. Of course, this is a Nyman score and so the concept of a main theme is somewhat different, but a tune based on rising and falling patterns of three notes is heard on many occasions, naturally introduced in the opening track, The Morrow. It is more often than not embellished with a faster moving accompaniment, but still retains a broad adagio most of the time. There are more lightly scored passages, notably the bouncy Becoming Jerome, while Not The Only One introduces a new idea - later credited as Irene's Theme - a Copland-esque horn theme suggesting low key heroism which works as a welcome change of pace, rather than an ill fitting interlude, and is reprised a in later tracks. Curiously, it's appearance in the track titled Irene's Theme has a string progression that almost suggests John Barry's space music from You Only Live Twice, albeit quite subtly.

The tension increases as it becomes more and more difficult for the protagonists to hide their action and there is some surprisingly dissonant material in The Crossing and Only A Matter of Time. However, the general warmth returns soon enough. Perhaps the score's biggest problem is that Nyman overplays his hand a little at the beginning as the final few cues, which form the emotional summit of the film, aren't any more affecting than those that open the film. It almost seems to require a clinical so that it can progress to humanity by the finale, as happens in Williams' AI score. The album is also a touch long, each idea seems to occur just a few too many times, particularly the dissonance during the later passages, which becomes a bit wearing and a little samey. They do make the return of the opening material more welcome when it finally does appear during The Other Side and The Departure. As holds true for the film, holds true for the score; anyone expecting a rousing, Poledouris action score will be disappointed, this is human drama within a sci-fi context and with an underlying message - it could almost be from Star Trek - and Nyman's score hits mostly on the human drama with pleasing results.
Golden Globes: Best Original Score (Nominee)