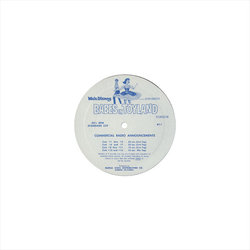 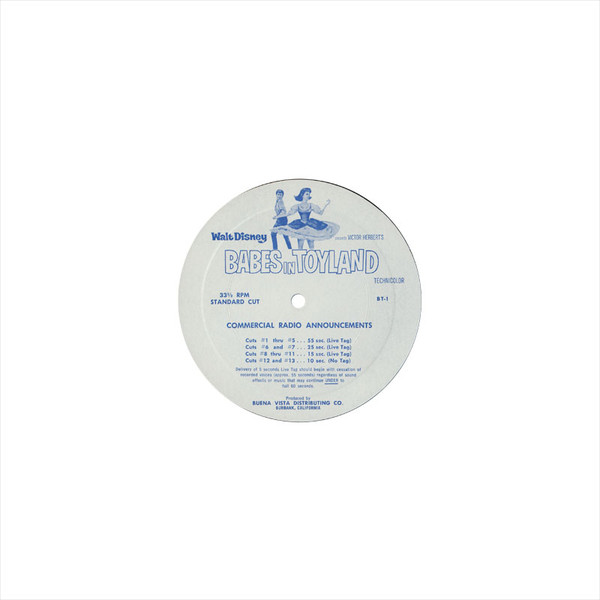 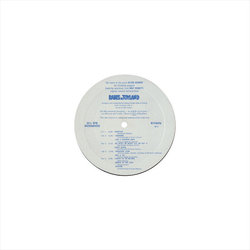 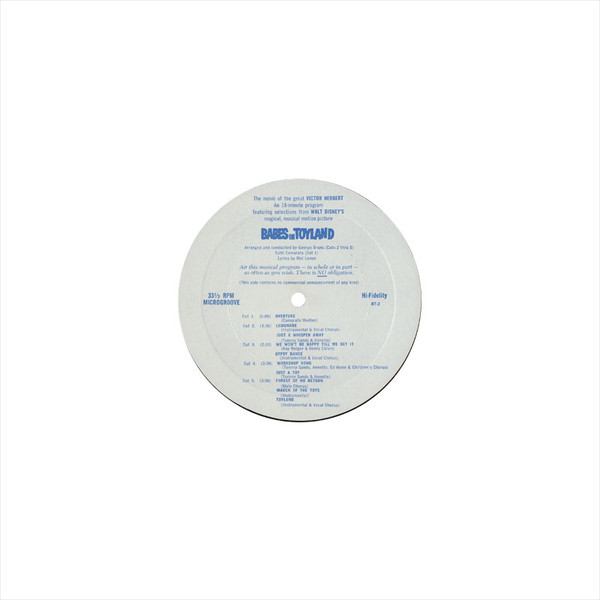 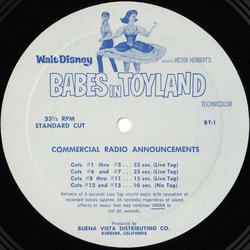 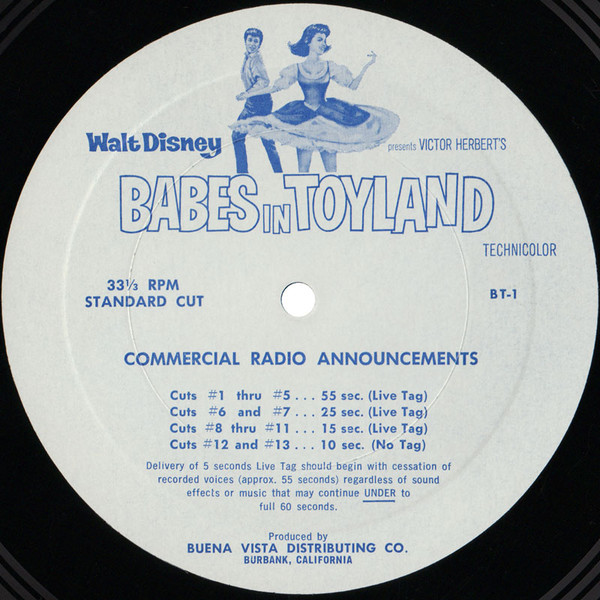 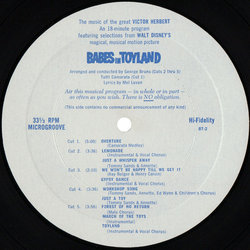 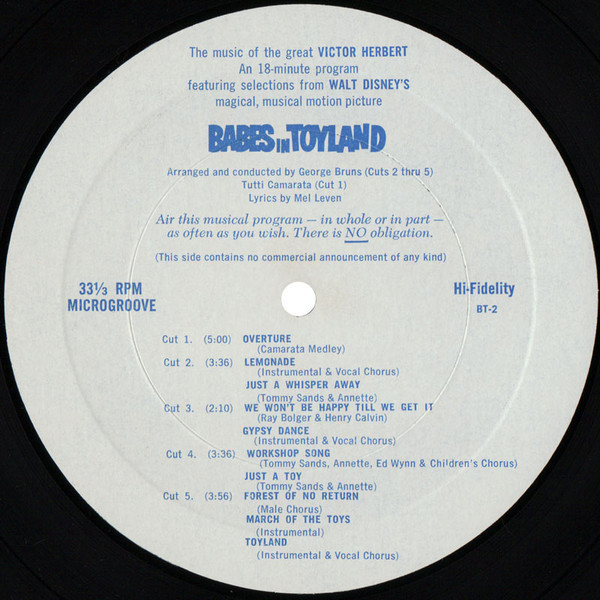 This Commercial Radio Announcements record was issued by the Disney company to promote their movie on radio stations. The first 13 tracks of this 14-track EP are narrated with excerpts from the film. The last track, exclusive to side two, is an 18-minute program that includes the music from the film and plays as one continuous track. The record labels are slightly larger than standard labels and measure approximately 5' in diameter. There is no matrix number on side two.

'Babes In Toyland' is a Disney live-action movie that premiered in theaters during December of 1961. The running time is approximately 106 minutes.