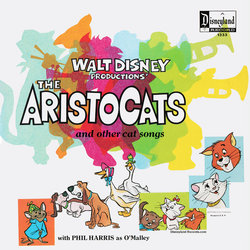 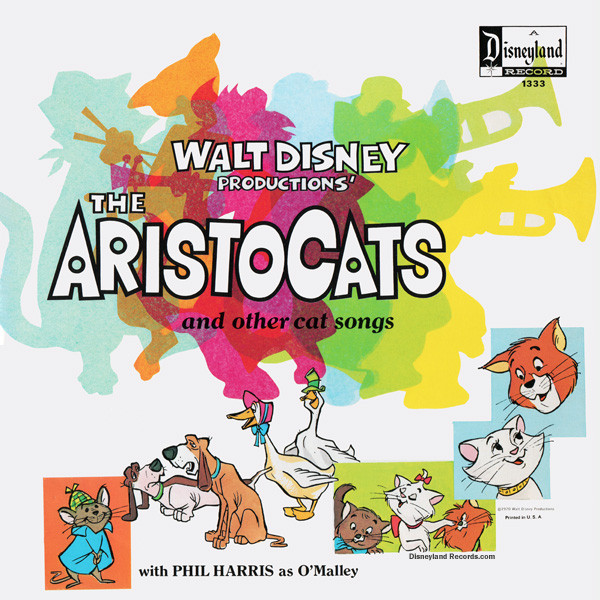 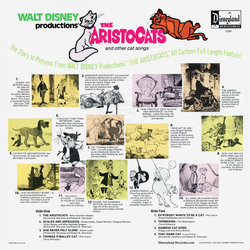 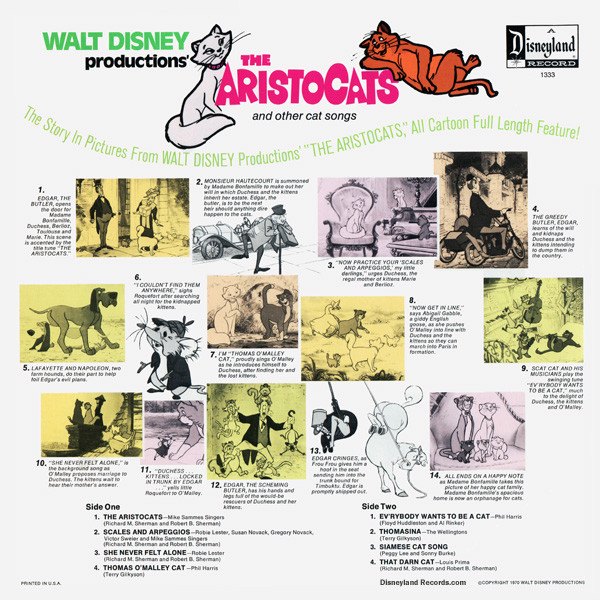 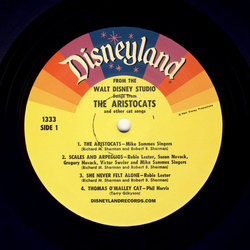 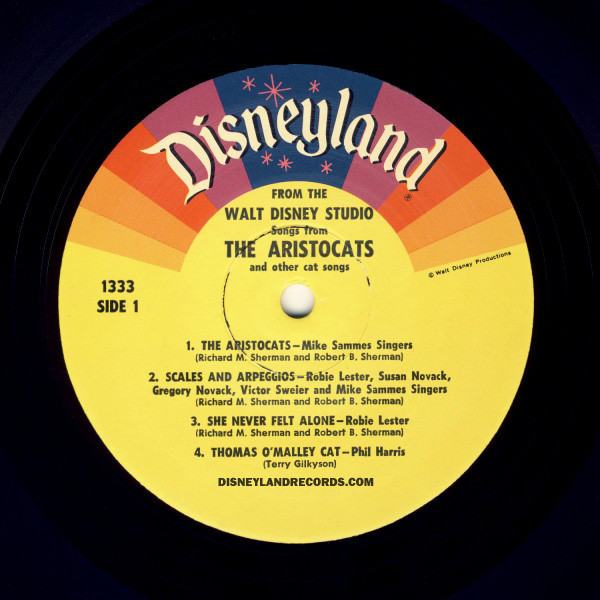 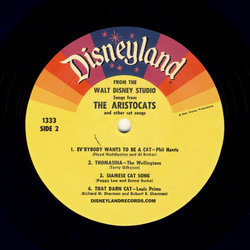 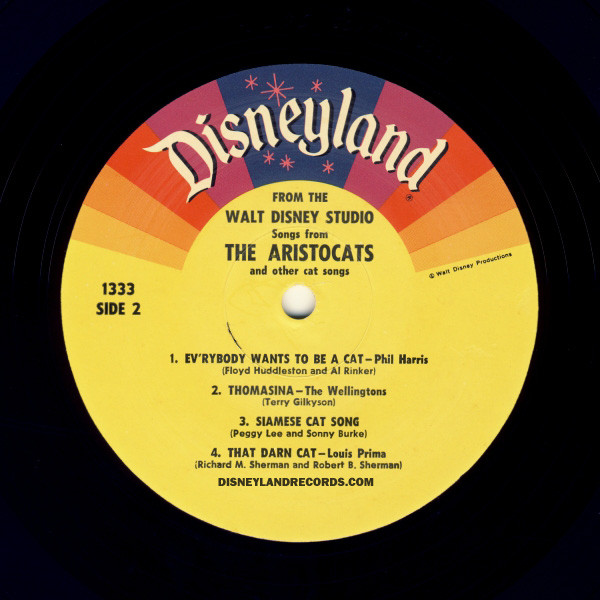 Walt Disney Productions' The Aristocats And Other Cat Songs

Only the first five tracks from this album are songs from 'The Aristocats.' The final three tracks are from other Disney films that feature cats. Phil Harris and Robie Lester are the only original voices as heard in 'The Aristocats' film versions of these songs. The title track in the film, 'The Aristocats,' was performed by Maurice Chevalier. He was coaxed out of retirement for this project. It was his final film contribution.