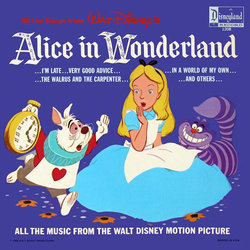 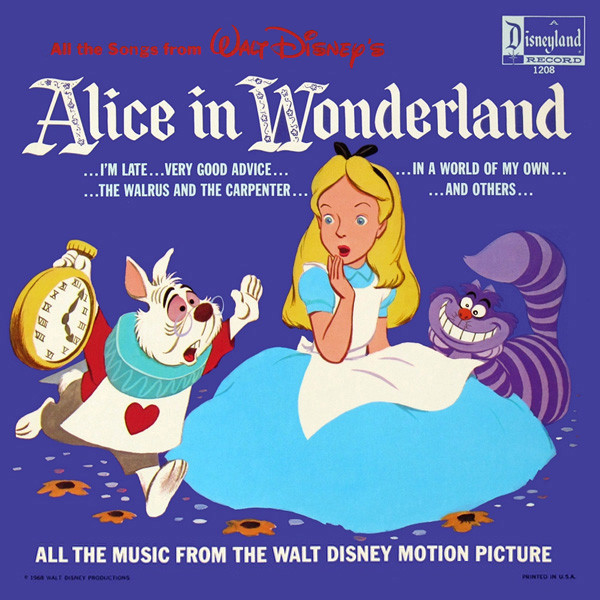 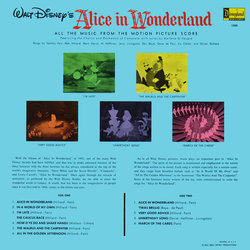 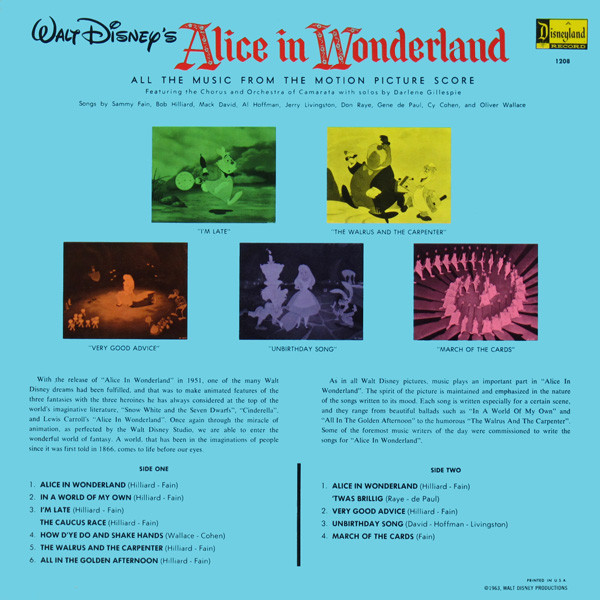 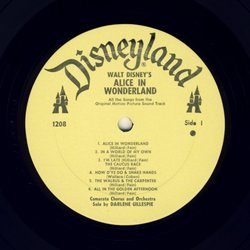 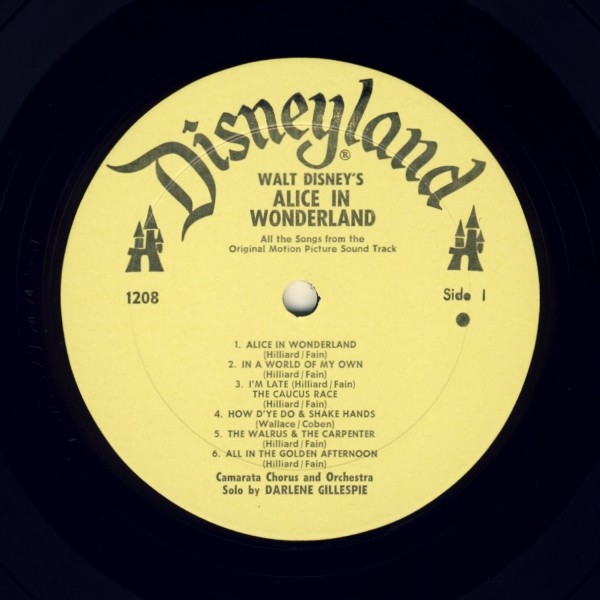 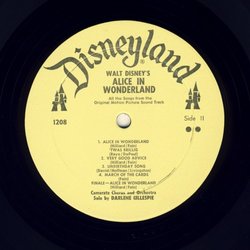 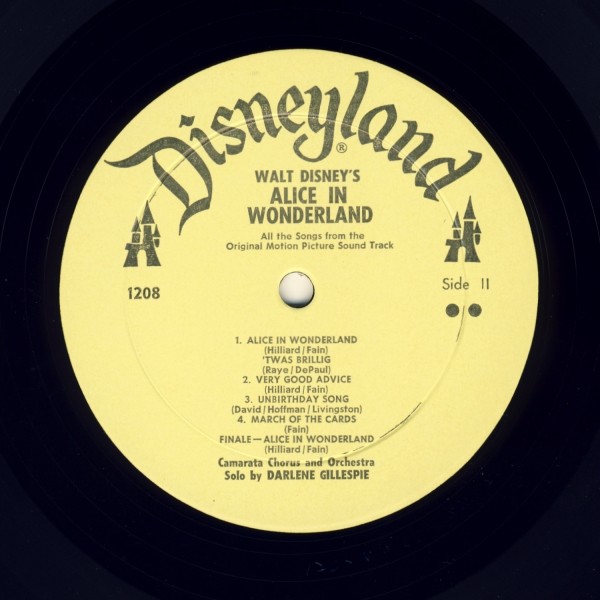 All The Songs From Walt Disney's Alice In Wonderland

The contents of this record were repeated several times and include catalog numbers 1208, DQ-1208, DQ-1208MO and WDL-4015. The original release was WDL-4015 in 1957 and showcased Dempster’s beautiful artwork of Alice sitting in a tree on the cover. The later issues were all in the 1208 catalog number lineup and include a red cover as the first re-issue and a blue/purple cover in later issues. Both versions have several back cover and label variations. Labels include red, yellow plain and yellow rainbow. Some labels leave off the final track of 'Finale,' which in those cases are included with the track 'March of The Cards.'

Fresh from “The Mickey Mouse Club,” Darlene Gillespie is featured on lead vocals for three of the tracks – “In A World Of My Own,” 'All In The Golden Afternoon” and “Very Good Advice.” The remaining songs, as well as those by Darlene, feature the Camarata Chorus and Orchestra. Although the songs are from the motion picture, as noted on the cover, these versions were not heard in the theatrical release. The songs in the movie were sung by the film’s star, Kathryn Beaumont.

The WDL-4015 issue remains the most difficult in the collection to find. If fact, it's one of the most rare titles of all of the Disneyland Record issues due to the limited pressings made at the time when the WDL line was being phased out.