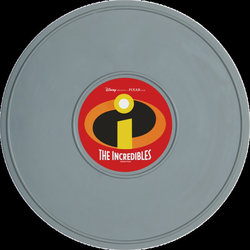 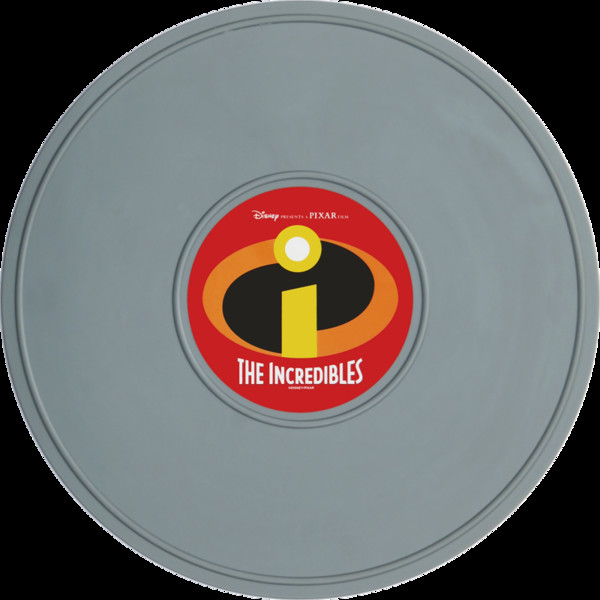 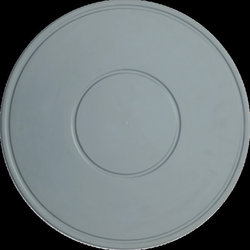 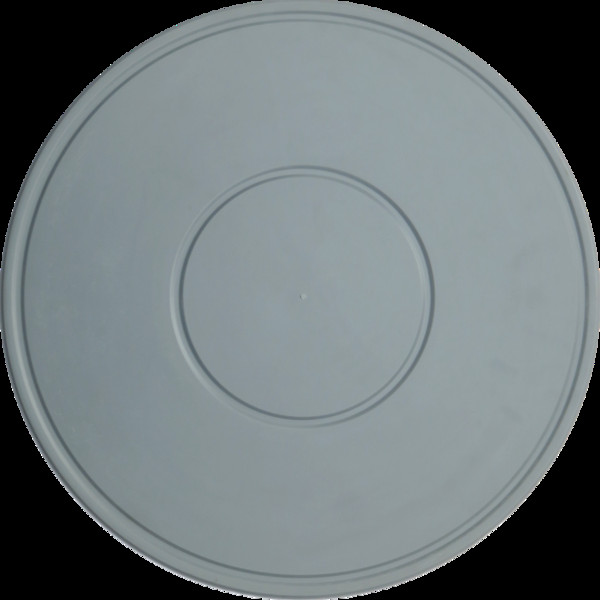 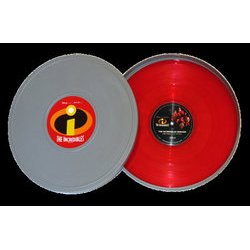 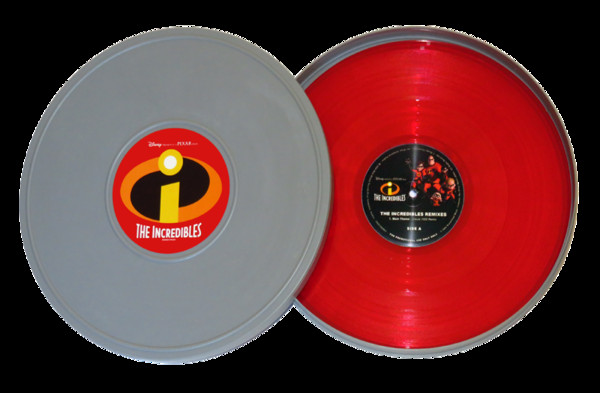 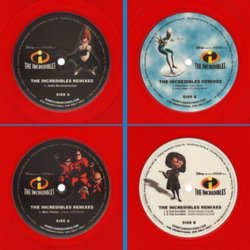 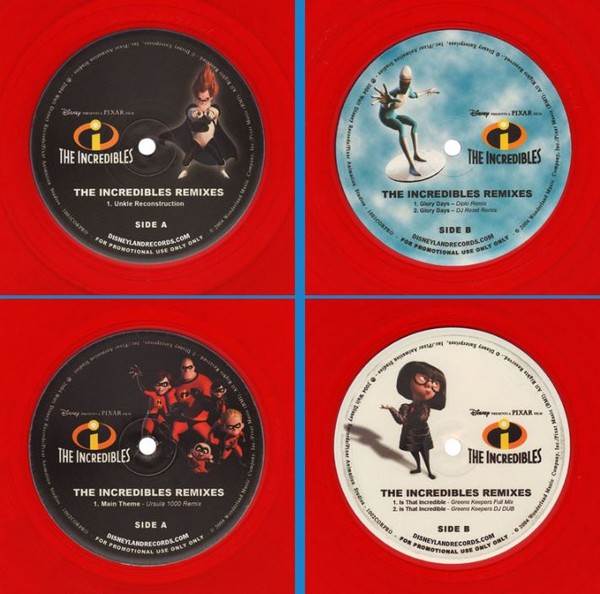 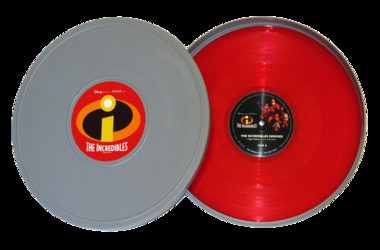 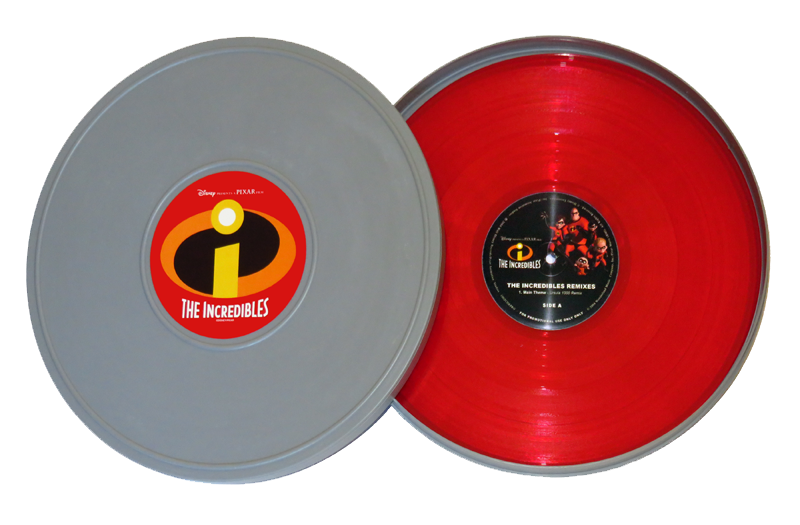 This promotional set includes two 12', red vinyl records encased in a 12 1/2' plastic film canister. The box set does not have a catalog number, but the records are numbered 1001CORPRO and 1002CORPRO. The matrix number on the second record is 1002CORPRO-A TRUTONENYC-PA / 1002CORPRO-B TRUTONENYC-PA. All tracks are mostly instrumental with some computer-generated dialog. Inside the bottom of the canister reads 'TAYLOREEL CORPORATION 155 MURRAY STREET ROCHESTER NY 14606.'

'The Incredibles' is a Disney/Pixar animated feature that premiered in theaters during November of 2004. It was the 6th film produced by Pixar. The running time is approximately 115 minutes.