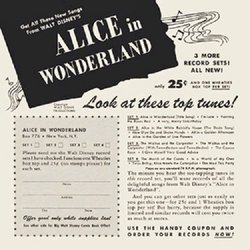 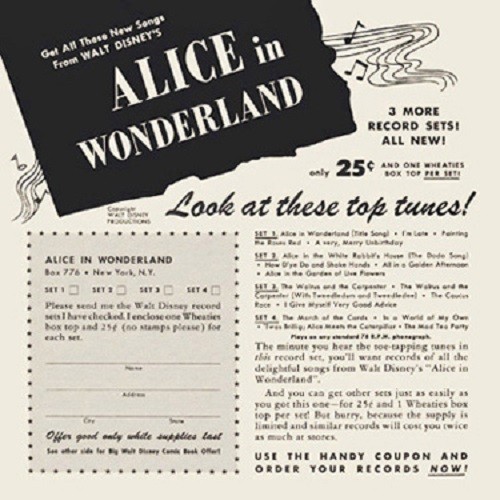 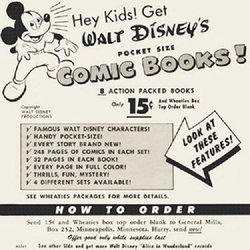 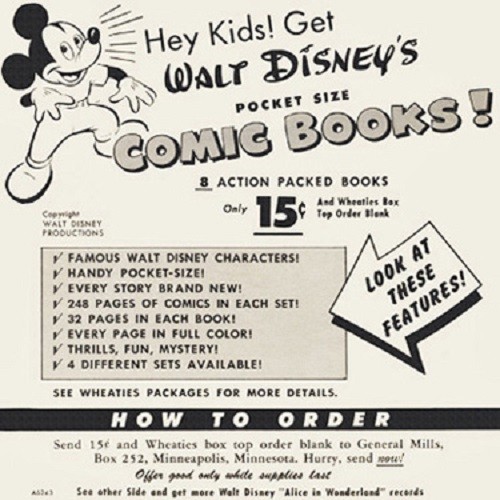 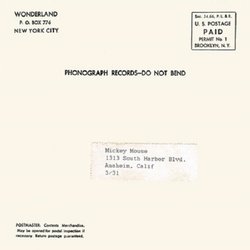 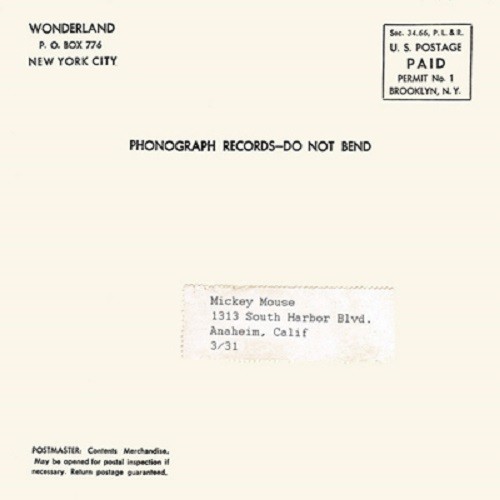 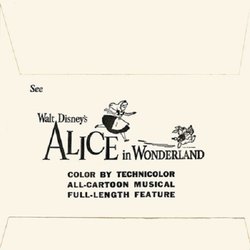 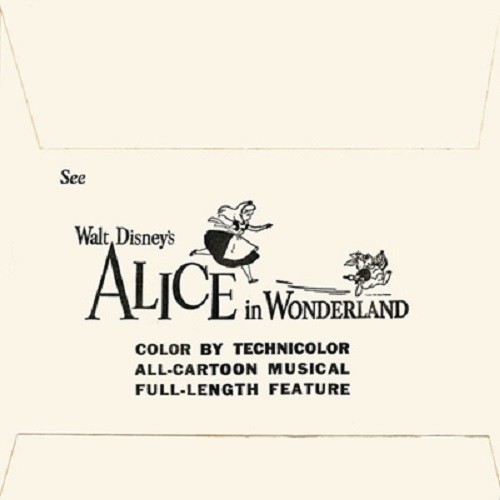 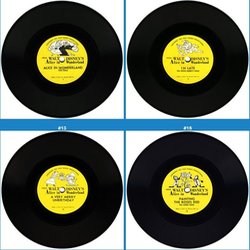 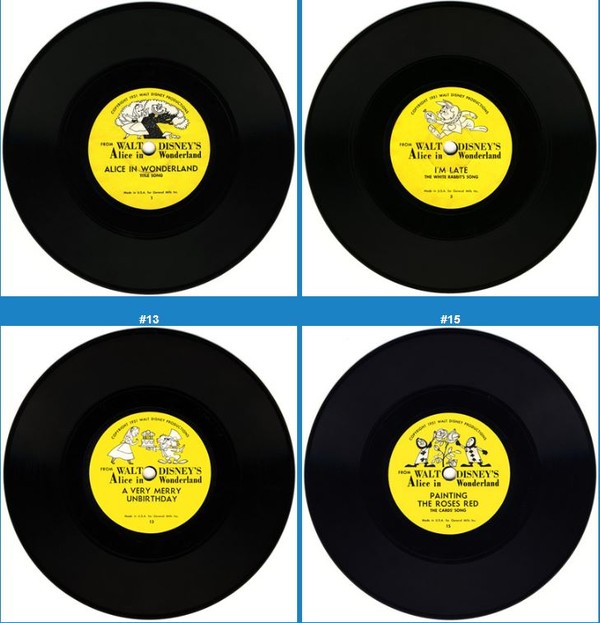 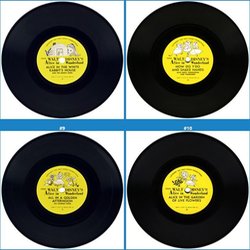 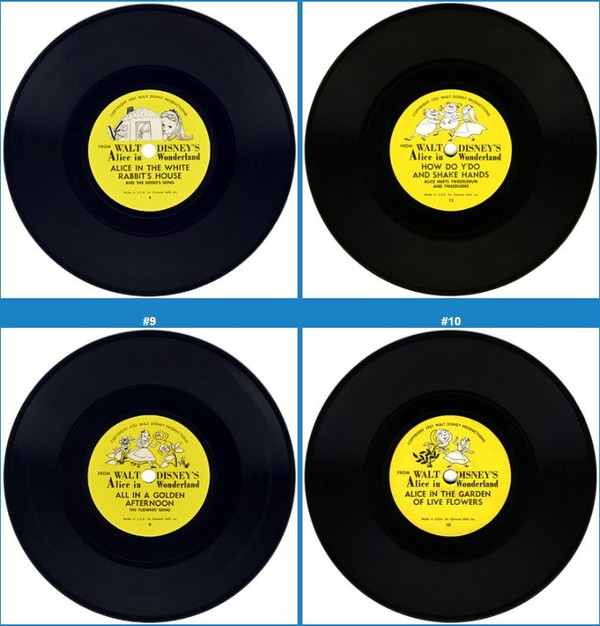 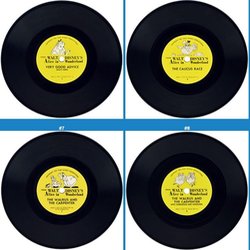 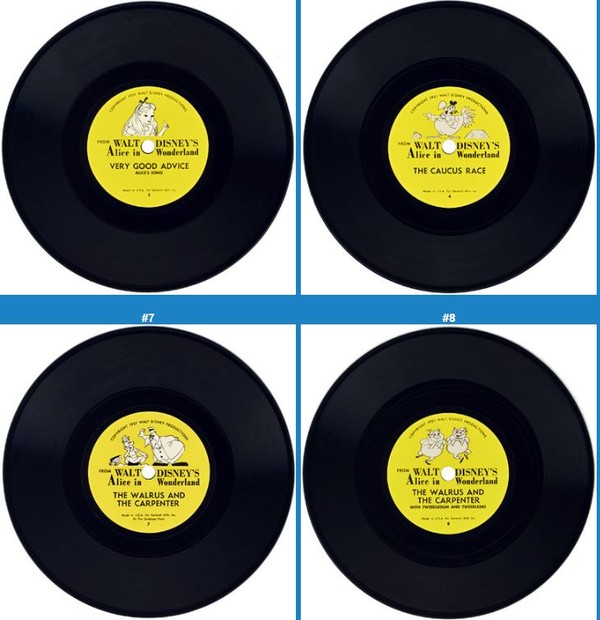 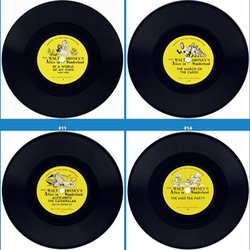 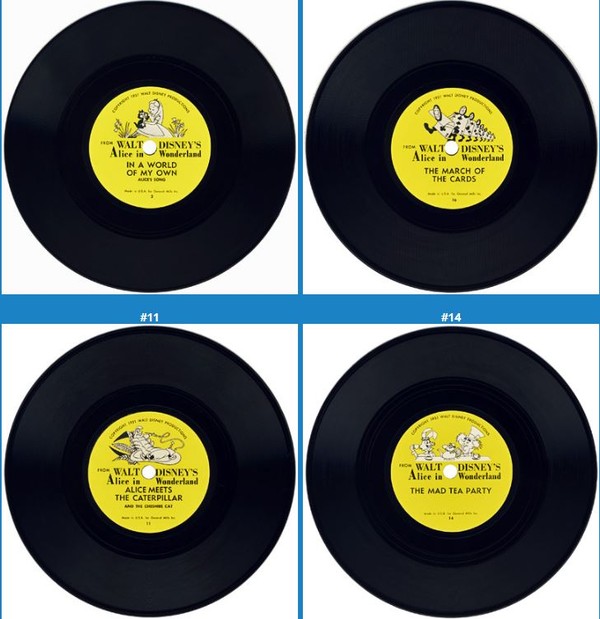 To coincide with the theatrical release, General Mills offered premium mail-a-way records through their Wheaties cereal. The offer included a two-record set mailed in a single envelope for the cost of 25 cents and one box top. There were four different sets that included a total of eight different records.

Each record label contains a unique number ranging from 1 to 16. A 'Handy Coupon' inserted with the records offered instructions to order the other three sets. The back side of the insert offered 8 Walt Disney pocket size comic books for only 15 cents. These same recordings were also released in stores on the Little Golden Records series numbered RD18 - RD25. In fact, the matrix numbers on each of the General Mills records contain the RD numbers.

The left and right photos shown below are the front and back side of each record.
'Alice In Wonderland' is Disney's 13th animated feature and premiered in theaters during July of 1951. The running time is approximately 75 minutes.