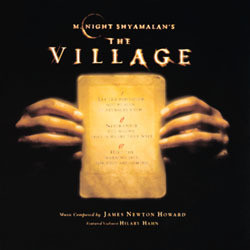 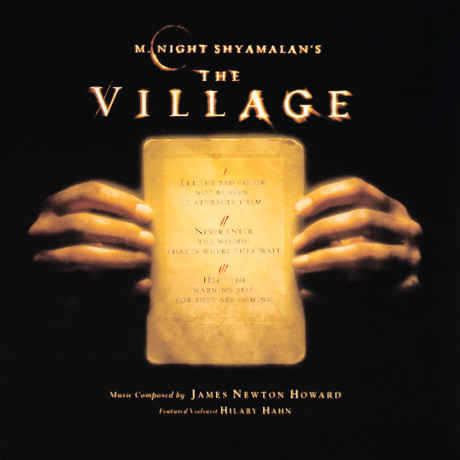 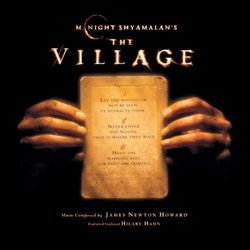 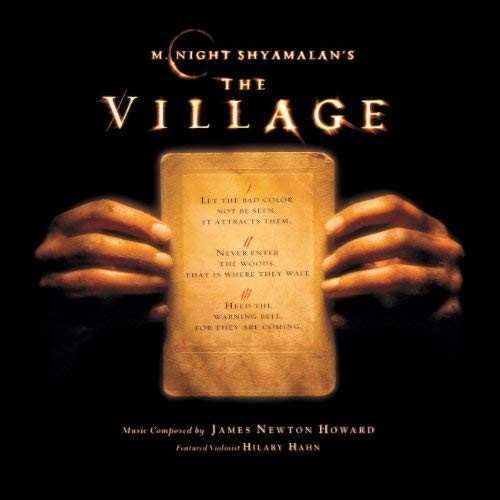 Show reviews in other languages
The Village - 08/10 - Review of Andreas Lindahl, submitted at 2008-01-20 21:25:40
The Village is M. Night Shyamalan's fourth film and also his fourth collaboration with composer James Newton Howard. Although The Sixth Sense still is the composer's best score for a Shyamalan film, the score for The Village is a very strong composition, better than Unbreakable and just as good as Signs, if not better. Like the scores for the three previous films, The Village is dominated by soft underscore rather than big themes.

The Village is set in the state of Pennsylvania towards the end of the 19th Century and to reflect this musically, Howard uses violin solos performed by Hilary Hahn throughout the score. Not that the sound per se is typical of those days, but Howard manages to create a somewhat "dated" sound in parts of the score. One example is the opening track on the CD, "Noah Visits", which opens with a quiet violin solo, which after a short time gets more lively, with quick descending and ascending figures backed up by soft strings, all ending with a sudden bang.

Piano solos, performed by Randy Kerber, are also used in a couple of tracks, and when they're coupled with Hahn's violin solos, supported by soft orchestral writing, as in "What are you Asking Me?", the result is excellent. It won't blow you away, but succeeds in setting the tone really well. Flutes, chimes and subtle electronics are used throughout the score to create a very windy, airy quality - "The Bad Color" for example and together with the violin solos this creates a sound reminiscent of parts of the composer's score for Snow Falling on Cedars. "I Cannot See His Color" is a real highlight with some amazing violin solos dominated by the quick ascending and descending figures, supported by strings. Short but outstanding. I really cannot emphasize how effective Howard's use of the violin is in this score. It's one of the score's cornerstones and the sound he creates using it together with the orchestra is just amazing. The rythmic figures sometimes has an almost hypnotic effect, reminiscent at times of Philip Glass's music, while the more lyrical passages, like in "The Gravel Road" and "The Vote" is simply breathtaking.

The score's first real suspense cue is the tense "Those We Don't Speak Of", which brings percussion and brass to the mix, although ending on a rather optimistic note, with some beautiful music performed by violin and piano. It gets more frightening towards the end of the CD, however, with some dissonant brass and strings in "The Forbidden Line", getting even more chaotic in "It is Not Real". But The Village is surprisingly not dominated by these kind of orchestral outbursts, which is usually the case with scores for movies like The Village.

The Village is without doubt one of the more interesting scores of 2004 so far and as I listen to it closely, with the volume turned up, while writing this review I realize how incredibly beautiful, layered and effective it really is.
The Village - 08/10 - Review of Tom Daish, submitted at 2010-09-26 20:18:31
I can't help but feel M Night Shyamalan is turning into a bit of a one trick pony; after the initial success with The Sixth Sense and its infamous twist, critical reaction has started to veer toward become luke warm, if not hostile. Not quite a backlash, but he's going to have to start impressing more to keep the good will up. The Village seems to be something about villagers who are trapped in their village due to monsters that live in the forests. It all sounds exceptionally hokey, but the cinematography looks gorgeous and in contrast to his employer, James Newton Howard is turning into one of Hollywood's most versatile composers, able to make Peter Pan fly again and now provide a thoughtful, tasteful and genuinely haunting horror score.

While film music can readily conjure up emotions, scores with a really good atmosphere and good melodic content are somewhat thin on the ground, but The Village has a wonderfully autumnal feeling to it as well as some lovely melodies. In that sense, it makes a nice seasonal compliment to his rather low key, but extremely effective score to Snow Falling on Cedars. However, where that score is perhaps a bit too low key, The Village keeps moving, thanks in part to Hilary Hahn's terrific violin solos which appear in most tracks. It's not exactly taxing stuff, technically, but rich, earthy tone is a crucial element in Howard's beautifully conceived textures. There are times when the arpeggios bring to mind Philip Glass, but they don't have quite the insistence of Glass' scores, plus happily break their cycles for some more lyrical melodic lines and find more than enough variety in pace and orchestral colour to prevent them becoming tiresome.

As there are some horror elements, Howard is occasionally obliged to break his atmosphere for something a little more histrionic. However, these moments are brief and actually quite well wrought, generally avoiding the grinding, unmusical tone that pervades modern horror scoring. The fact that they are surrounded by such a carefully crafted remainder means they aren't just meaningless orchestral jolts. Some might argue that, like his score to Signs, The Village is a touch samey at times, but that's more down to the strong tone than it actually being repetitive. It's the kind of music that just carries the listener along and, importantly for a soundtrack album, functions supremely well as a stand alone experience. Another chance for James Newton Howard to demonstrate yet another side to his musical personality, here's hoping he continues scoring a diverse range of films and in such splendid fashion.
Oscars: Best Original Score (Nominee)