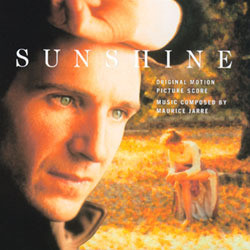 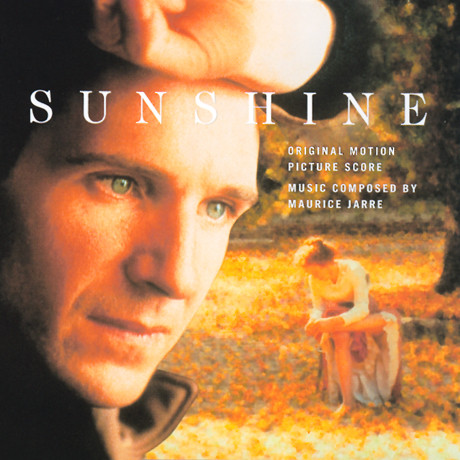 Sunshine - 10/10 - Review of Tom Daish, submitted at 2010-09-28 21:34:36
For some reason, one UK film magazine decided that The Sonnenscheins from Sunshine should be included on a (giveaway) compilation of great film music including a bit of anything from Morricone to Herrmann to Badalmenti. However, the inclusion of the finale from Sunshine by Maurice Jarre was a surprise, but a most welcome one. Admittedly, The Sonnenscheins is the best cue on the album, simply because it is a perfectly formed conclusion to the score. The film itself covers several generations of the Sonnenschein family with the major male members through the years being played by Ralph Fiennes. It doesn't seem to have accrued much interest in cinemas, but whatever the merits of the film, the score is Jarre on top form.

The album opens with a delicate, but classical sounding piano solo, but soon moves into the more expansive main theme, which serves as an anchor for the entire score. In typical Jarre style, the theme is deceptively simple, but the unexpected modulations and secondary subjects demonstrate's Jarre's impeccable ear for melody. The gentle development of the major themes and motifs in the opening cue, comes to an unexpected halt as that material fades away to be replaced by a sobering return of the opening piano motif. Each segment of the film is etched dramatically in styles ranging from the pseudo-patriotic march of War and Misery to the gloomier tones of Adam, The Fencing Champion.

The aforementioned The Sonnenscheins begins with the same delicate pseudo-classical piano theme, but the orchesrta is soon added to accompany Chatherine Bott for a beautifully wrought vocal performance of the main theme (with lyrics). Variations on the original piano motif provides the secondary theme between verses, the second being sung by Bott and a small female choir. The full choir joins in for the final verse, before a the full this time led by a stirring brass choir plays the main theme for an imposing ending.

Many of the golden age composers are enjoying something of a comeback, Elmer Bernstein perhaps being the most successful at recapturing a lot of the old magic. Fortuntely for us, Jarre seems to have successfully left the synth meanderings of his scores Peter Weir films and returned to what he is undeniably best at; impressive, melodic and very memorable orchestral scoring. The main theme is classic Jarre and the rest of the underscore hardly less interesting. The playing by the Rundfunk-Sinfonieorchester Berlin is absolutely superb as is the recording. A wonderful score, hugely recommended.
Golden Globes: Best Original Score (Nominee)