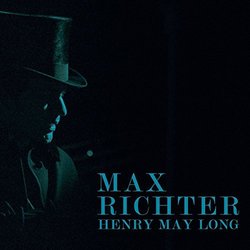 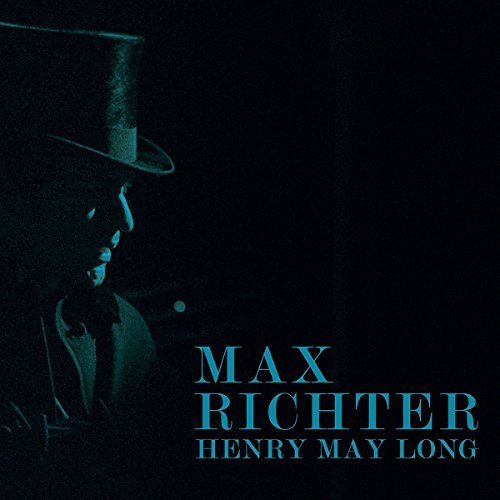 Late in the nineteenth century, Henry May, New York's golden child, has reached the end of a long road to self-destruction. In debt and drug addicted, he is simply marking time until his eventual exile into poverty and oblivion. On the other side of the city Henry Long carefully observes May's decline, devoting his brilliant mind to the constant surveillance of his former school friend. May and Long finally meet and begin a complicated and dangerous odyssey that leads them to the sea and beyond. The houses and families of New York's golden age as well as the timeless underworld of the city are vividly brought to life as May and Long journey to the possible resolution of both their troubled lives. Both men discover what they have lost to get where they are, what they are willing to risk to get what they want and what they are willing to lose to live.

The trio of recordings are united by Richter’s signature intelligence and melodic beauty, which lend depth to three stories with diverse themes. The hit BBC series Taboo (which has earned Max an Emmy nomination) is a dark tale of revenge with supernatural elements, set in the filth and violence of early nineteenth-century London. The feature film Henry May Long (2008 is a languid evocation of New York’s golden age with a pioneering score that became highly influential, and “Nosedive” – part of Charlie Brooker’s satirical TV series Black Mirror – presents a barbed lampoon of social media saturation, accompanied by an inextricably ingrained conceptual score.
Each of the three scores demonstrates different facets of Richter’s soundtrack oeuvre – characterised by piano, strings and subtle electronic textures, most recently evident in Three Worlds – his music for Wayne McGregor’s award-winning ballet Woolf Works at the Royal Opera House.
These new releases are additions to Richter’s rich catalogue of scores for world-class films and TV, most notably Ari Folman’s Waltz with Bashir, Martin Scorsese’s Shutter Island, Damon Lindelof’s The Leftovers, John Madden’s Miss Sloane and the opening and closing theme for Denis Villeneuve’s Arrival.
Richter has attracted a slew of prestigious award nominations for his original soundtrack scores, including two from the International Film Music Critics Awards for Waltz with Bashir and The Leftovers, and a German Film Award and Australian Film Critics Award for Cate Shortland’s Lore. He was also nominated for the “Breakthrough Film Composer of the Year” at the 2008 International Film Music Critics Awards.
________________________________________
Taboo
CD & digital release: 15 September 2017
Vinyl release: 27 October 2017
First ever release on all formats

Taboo is a dark tale of love and death, treachery and revenge with supernatural undertones, set in pre-Victorian London, starring Tom Hardy as James Keziah Delaney. Long believed dead, Delaney is a mysterious adventurer who returns to London from 12 years in Africa to inherit what is left of his father’s shipping empire. His enemies, including his own family and the corrupt power-brokers of the East India Company, are all intent on disposing of the dangerous Delaney by any means necessary, and keeping his inheritance for themselves. Richter was first attracted by the mood of the drama, which pulls no punches with its authentic evocation of a seedy London 200 years ago, filled with criminals, courtesans and corrupt officials.
Max explains, “The score for Taboo comes directly out of the trajectory of the central character: an avenging dark angel, as unstoppable as fate itself. The show plays as a kind of very dark fairy tale, populated and driven by Tom Hardy’s character.
“These two aspects – the hallucinatory environment, and the irresistible force of Mr Delaney – are embodied by the two main themes. The first theme is a haunted waltz based, like hundreds of works since the seventeenth century, on a falling chromatic line called a ‘lament bass’. Widely used in opera to evoke tragedy, for Taboo I have made a deceptively sweet-sounding version of it, so that we are lulled into a false sense of security.
“The second theme is that of our protagonist, Mr Delaney. His inexorable progress is evoked by the perpetual-motion ostinato figures in the orchestra, which pivot around a bass line that moves between the interval of a tritone – called ‘Diabolus in musica’ by eighteenth-century theoreticians, because of its destabilising effect on harmony. Mr Delaney is certainly some sort of Diabolus himself.”
________________________________________
Henry May Long
CD & digital release: 29 September 2017
Vinyl release: 27 October 2017
(First ever CD and vinyl release)

Randy Sharp’s feature film, set in late nineteenth-century New York tells the story of two old college friends, Henry May and Henry Long, who meet after a long absence and rekindle their friendship on a dangerous odyssey together.
Richter’s score dates from 2007 and comprises music for piano, strings, bowed glass and bells, together with electronics. The music is structured as a series of variations on two main themes, which accompany the narrative of the film.
“The string theme operates on the societal level, while the piano theme speaks more to the interior lives of the protagonists,” explains Max.
Although the music for Henry May Long was written for a relatively unknown film, its original release on Mute Records meant that the score had a notable impact on other composers working in similar genres.
________________________________________
Black Mirror: Nosedive
CD release: 13 October 2017
Vinyl release: 27 October 2017
(Already released digitally in 2016. First ever CD and vinyl release)

Charlie Brooker’s black comedy, from his third Black Mirror series for television, examines our increasingly close relationship with technology, set in a disturbingly identifiable near-future where our obsession with social media “likes” has reached a terrifying tipping-point. Directed by Joe Wright and written by Rashida Jones and Michael Schur (from Brooker’s original story), it stars Bryce Dallas Howard, Alice Eve, James Norton and Cherry Jones.
Richter began work on the score by meeting Wright to discuss the script and its themes, whose topicality appealed to him, with its references to literary classics that predicted the future, such as Orwell’s 1984 and Huxley’s Brave New World.
His powerfully emotional score mirrors the film’s bleak but dream-like quality, where anxiety lurks constantly beneath the surface, underlining the mood of what is, essentially, a tragi-comedy.
Max recalls, “I decided to treat the near-future dystopia ‘Nosedive’ as though the whole film were a dream. Therefore the score works as a kind of warm reassuring lullaby, continuously telling us that we are existentially safe, when in fact it is obvious that this is far from the case.
“The repeated and continuously pulsating music is intended to lull us into a kind of brainwashed state, so that, when the end comes, we too, along with the central character, are suddenly disenchanted, and therefore released.”