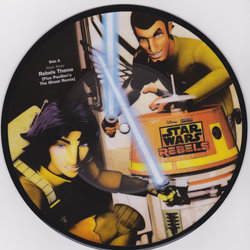 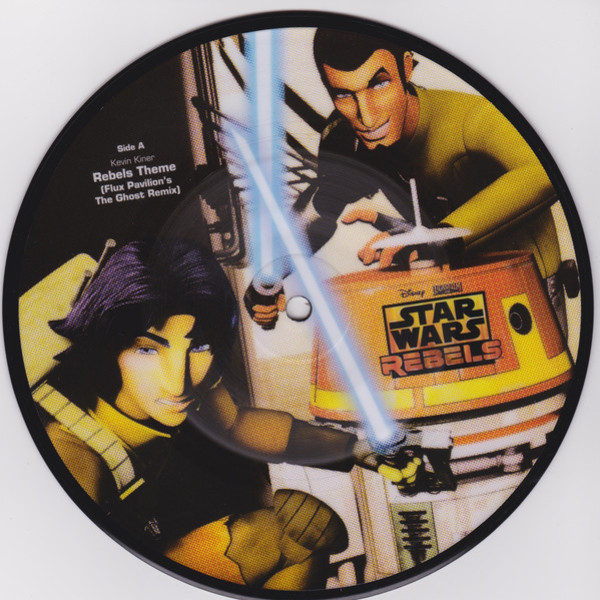 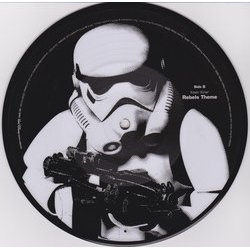 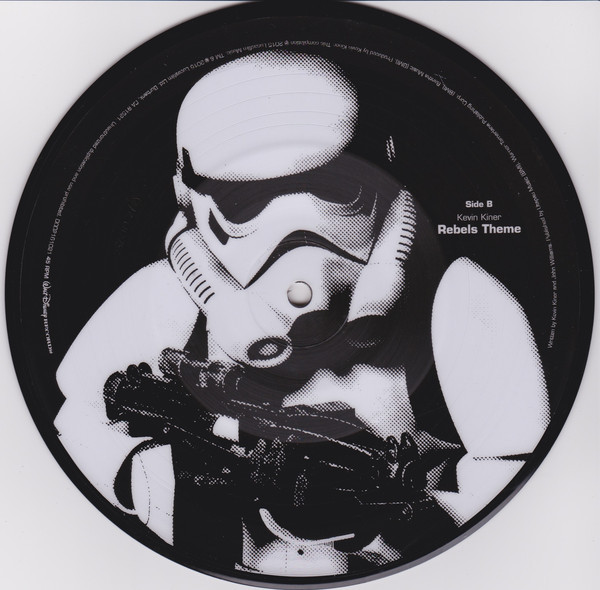 Set 5 years before Star Wars IV: A New Hope, the Disney XD animated series Star Wars Rebels takes place during an era when the Galactic Empire is securing its grip on the galaxy. The Star Wars: Rebels 7” Vinyl Picture Disc features the title theme by composer Kevin Kiner, a remixed version of the theme by Flux Pavilion, and images of key characters Kanan and Ezra on Side A and a menacing Storm Trooper on Side B.

Earn 50 Disney Movie Reward points with the purchase of this product.

Disney Movie Rewards is open to legal residents of the 50 United States (and D.C.), Puerto Rico and Canada age 13+. Void in Quebec and where prohibited. For complete details and Terms and Conditions, visit DisneyMovieRewards.com.