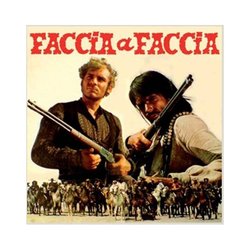 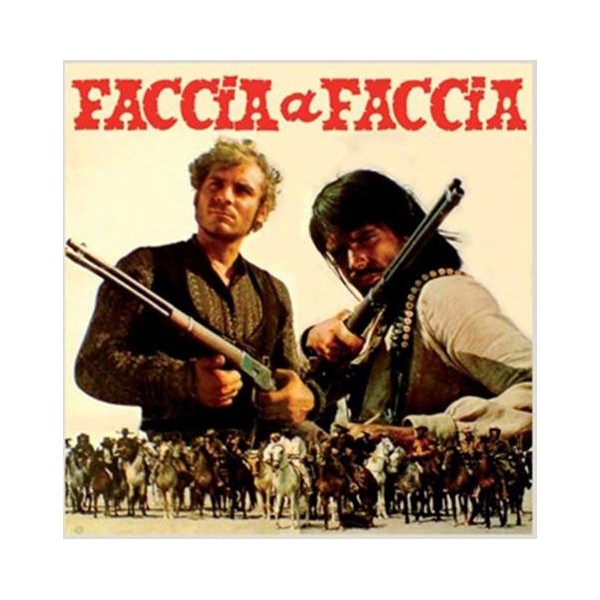 FACCIA A FACCIA 1967 Sergio Sollima directed two westerns in 1967 “The Big Gundown”(La resa dei conti) and “Faccia a faccia”, that both had Tomas Milian in a leading role. Faccia a faccia (Face to face) is a story about history professor Brad Fletcher, played by Gian Maria Volontč, suffering from a terminal disease. In 1870 he is travelling to the south of Texas to stretch his life in a warmer climate and he got kidnapped by a fugitive criminal (Tomas Milian) and his gang. There is a fascination of opposites, tied in their struggle to survive: one discovers his repressed violent instincts, the other learns to think. An engaging, almost philosophical meaning in a well-crafted, compelling spaghetti western. The music is like “The Big Gundown” by Ennio Morricone. The score is less known than the Leone western, but at the same level in terms of quality. Track one was played on a Tomas 900 organ as was remarkably mentioned in the film opening credits and comes back in various tracks. It is fascinating how tension is created with the organ in the track “Clandestinamente”. This score has many themes and is rich in orchestration with western sounds like banjo and guitar. The “intermezzo” theme on track 5 is a highlight with vocalist Edda Dell’Orso at her best and there is also a stereo version on track 34. Other familiar soloists are I Cantori Moderni di Alessandroni and conductor Bruno Nicolai. This CD has the complete recording sessions summarized. A must have CD for the western fans of Morricone.