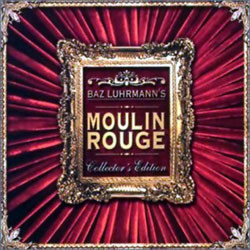 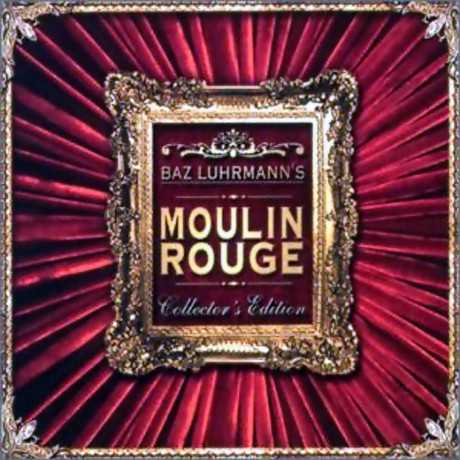 Show reviews in other languages
Moulin Rouge! - 06/10 - Review of Andreas Lindahl, submitted at 2008-01-20 21:25:40 en
Moulin Rouge by Baz Luhrmann - you either hate it or love it. I Love it. Colorful film. It's dazzling. It's fun. And it's romantic... The actual story is far from original, of course, with a young, poor writer falling in love with a beautiful girl, a secret relationship, jealous rival, eraly death etc. It's been done thousands of times before. But what makes Moulin Rouge the great film it is is the design and the inventive and very impressive use of music.

The task to coordinate all of the music - which includes both newly written material for the film, as well as a large number of already familiar and well known songs - went to Scottish composer Craig Armstrong. Armstrong has arranged music for artists like Madonna, U2, Björk and Massive Attack, has released several solo albums himself and has written scores for movies such as Plunkett and Macleane and The Bone Collector. Apart from coordinating the recording and mixing of all the music, Armstrong wrote several instrumental cues for the score, as well. The result is a colorful and exciting musical, which impresses mostly because of the inventive use of established songs and some really fine instrumental music by Armstrong. It does not transer that good to CD, however. First, Armstrongs original music isn't even included on the disc, and many of the songs featured are different versions than the ones in the film.

The soundtrack opens with David Bowie's "Nature Boy", in the film sung by John Leguziano, but here performed by Bowie himself. The huge cover hit "Lady Marmelade", performed by Christina Aguiliera (looking like a hooker in the video), Lil'Kim, Mya and Pink comes next. Never could get the success of this song. Not that impressive. Fatboy Slim's "Because We Can" is an exciting song, but has a tendency to get a little repetetive and annoying after a couple of minutes. Works much better in the film. Kidman's performance in "Sparkling Diamonds", with a great big band arrangement is quite good, while "Rythm of the Night", is rather annoying, albeit a classic. Ewan McGregor's version of Elton John's beautiful "Your Song" gave me goosebumps in the movie, and works well on CD, too, as does Nicole Kidman's performance of Will Jennings "One Day I'll Fly Away". Very grand and majestic. Goosebumps again. Nicole Kidman and Ewan McGregor's "Elephan Medley" is also a definite highlight, with it's quotes from a large number of familiar songs, wonderfully arranged by Armstrong.

"Come What May" comes next, performed by Ewan McGregor and Nicole Kidman. This song was originally written for Baz Luhrmann's Romeo + Juliet by David Baerwald, but never used. Still, this made it ineligible for an Academy Award nomination. The version included on the soundtrack CD is not the same as the one used in the film, but rather a more pop-ish version, while the film version is more musical sounding. Which one you prefer is entirely up to you, of course, but personally I like the one in the film better.

The use of the "El Tango de Roxanne" medley is one of the best moments in the film, much because of the music. It works on CD too and is, together with the other songs performed by McGregor and Kidman, a highlight. Wonderful arrangement, too. The soundtrack continues, and closes, with Rufus Wainwright's "Compliante de la Butte", the "Hindi Sad Diamonds" medley, with its Eastern and Indian influences and a reprise of David Bowie's "Nature Boy".