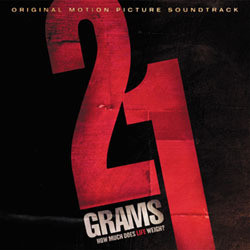 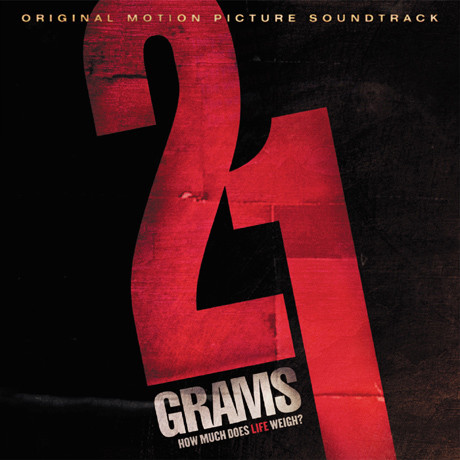 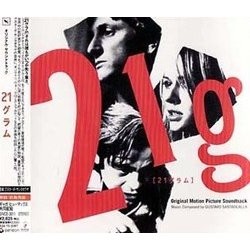 Show reviews in other languages
21 grams - 02/10 - Review of Tom Daish, submitted at 2010-10-09 12:21:36
Apparently our soul weighs 21 grams, thus selling one's soul might prove a useful dieting aid. Quite how this 'fact' relates to 21 Grams, the film, I'm not entirely sure, but it fits into the sub-genre of non-linear narrative films, moving back and forth around a car accident showing how the characters got there and where they go afterward. The director is Alejandro González Iñárritu who made the critically acclaimed Amores Perros as well as a segment of a film commemorating the events of September 11th. The director has formed a strong working relationship with composer Gustavo Santaolalla, so much so that in true Morricone/Leone style, the music for 21 Grams was written before the film was shot.

I know I carp on about scores that are too long or somehow unsuited to being in album format, but 21 Grams is, rather unfortunately, an extreme case. In the insightful liner note, the director comments that on hearing the music for the first time he knew it was exactly what he wanted. Well, if weird and slightly unpleasant textures on an eclectic ensemble ranging from guitar and vibes to cans, tin violin and the rather enigmatically described 'effects' then I suppose it's perfect. The album kicks off with modest success, the vibe of Do We Lose 21 Grams? is a dark and a little trippy, but Santaolalla does keep a little musical momentum. However, any melodic intention seems to be abandoned for a meandering, depressing and somewhat unpleasant soundscape. Eerie and disturbing textures can be supremely effective and enjoyable on disc, but in this case, there isn't much to cling onto.

Occasional hints of something interesting pop up, but most of the tracks are rather short and anything remotely interesting doesn't seem to go anyway. It's the kind of score that could have been written by Thomas Newman in one of his more weird days, but even then it doesn't have the variety of a Newman score. The selection of songs range from the urban Cut Chemist Suite to a strange version of Shake Rattle and Roll muttered by the film's leading man, Benicio del Toro. All end up as avoidable as the underscore. The final track, performed by the Kronos Quartet is a decent finale, but by then I suspect the average listener will have lost interest by that point. Undoubtedly a perfect, woosy soundscape for the film, but on disc, tedious, depressing and generally unpleasant.
World Soundtrack Awards: Discovery of the Year (Winner)