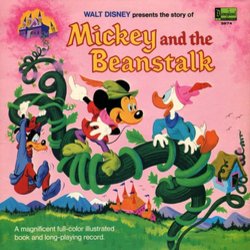 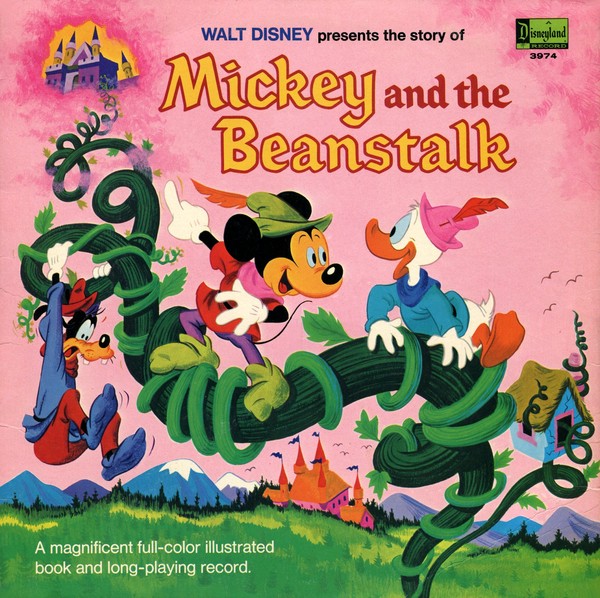 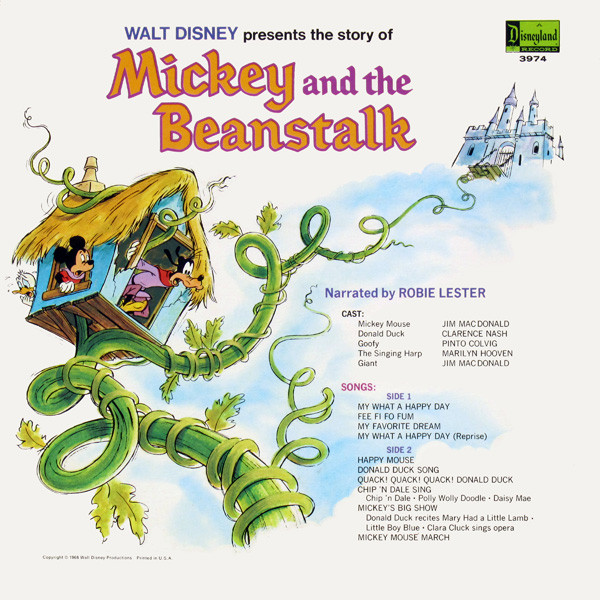 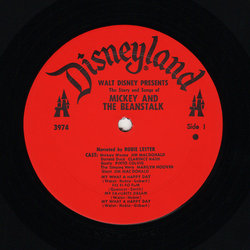 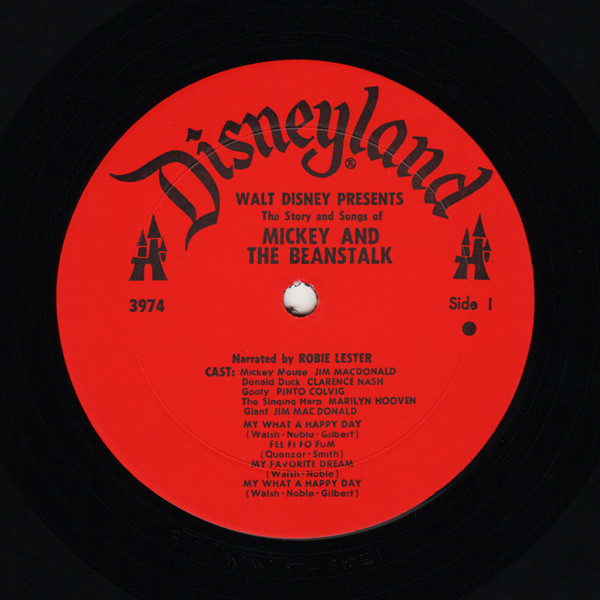 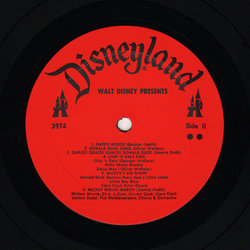 Walt Disney Presents The Story Of Mickey And The Beanstalk 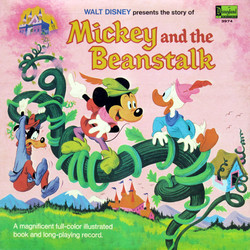 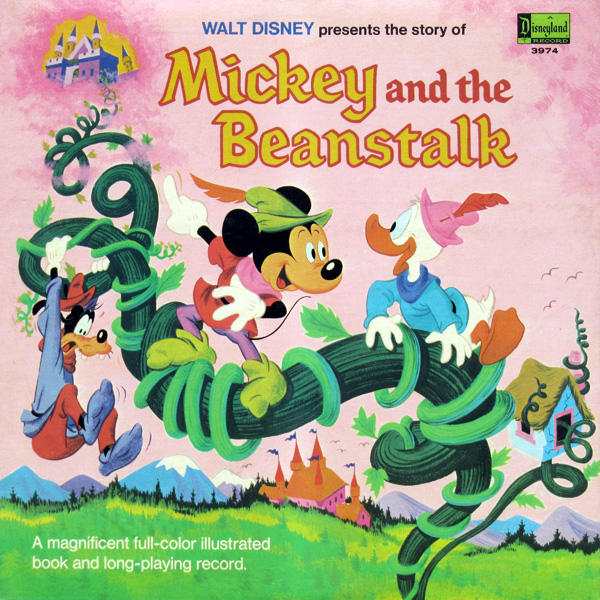 Some early issues include an inner picture sleeve. The picture may vary with an illustration of the Giant or Mickey Mouse. Some records were also issued with a plain white inner sleeve. The full story is contained on side one. Side two features a variety of Disney and Mickey Mouse songs.

'Mickey and the Beanstalk' is a Disney animated short and was first released in September of 1947 with a running time of approximately 29 minutes. It was also edited together with the short 'Bongo' for the feature film 'Fun and Fancy Free.'

Other releases of Mickey and the Beanstalk (1947):