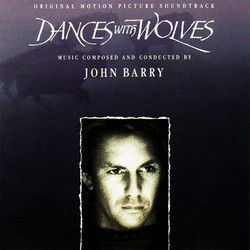 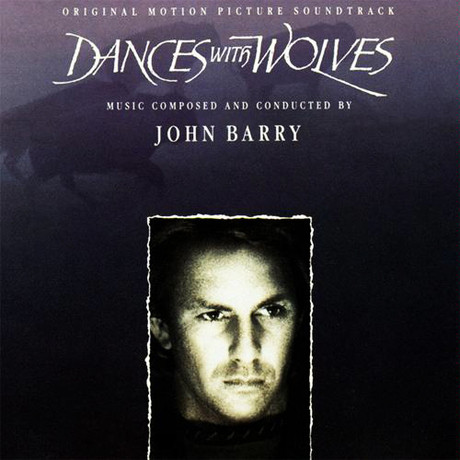 Show reviews in other languages
Dances with Wolves - 10/10 - Review of Tom Daish, submitted at 2010-09-08 21:16:36
In retrospect, John Barry was almost born to score Dances With Wolves, it's mix of understated human struggles and epic scenery. Although ostensibly a western, it's as far from either Sergio Leone and The Magnificent Seven as one could wish to find and made everyone sit up and take notice of Kevin Costner as a director (even if his subsequent directing career has been somewhat hit and miss). For Barry, after a serious illness, he was clearly even more inspired than usual and the result is one of his most popular and famous scores.

Like all of Barry's more recent scores, there are outstandingly lush themes - but unlike the usual one or two, there are perhaps half a dozen here, all equally good. The titular character's John Dunbar theme is undoubtedly the best known; instantly recognisable, the theme is noble, elegant and sincere. Add to this themes for Two Socks the Wolf, the gorgeous, but naturally understated love theme as well as numerous other themes and ideas. This wealth of material ensures that each incident stands memorably on its own, but of course fitting ideally with the material around it. This kind of musical storytelling isn't really a usual Barry trait, but works superbly well here.

Although there is a noble glow to much of the music, the opening reveals a starkly mysterious choir to begin in ghostly style, before melting away into the haunting trains of the John Dunbar theme. The percussive Pawnee attacks are another striking contrast and the off kilter drum motif takes a little getting used to. However, the travelling music mirrors the splendour of the land and are all given differing treatments. The Journey to Fort Sedgewick features an inverted version of the John Dunbar theme with a fanfare like horn counterpoint, while the Ride to Fort Hayes is gentler idea using a descending string figure as counterpoint. Journey to the Buffalo Killing Ground is more epic in scope with sweeping string and bold horn intervals mirroring the striking open space.

More intimate moments use the core themes to a greater extent than in moments when the music opens out. However tracks such as second half of Journey to the Buffalo Killing Ground and The Buffalo Hunt provide for a new twist. The former uses a minor key version of the opening of the John Dunbar theme but this develops into a new and quite desolate figure. Counter this with perhaps the highlight of the score, the Buffalo Hunt which adds a rhythmic and percussive spin to the John Dunbar theme and is perhaps the only portion of the score (aside from a few lovely harmonica compositions) that suggests the more traditional Bernstein or Moross Western. In between the John Dunbar theme, a strident horn motif backed by a oscillating string figure captures the moment perfectly.

This expanded version features a few extra tracks, notably the even more strident film version of the Buffalo Hunt, as well as some additions to the opening cue and extra moments here and there. There is nothing especially new, but the additions make this the definite release of a Barry masterpiece. Few scores truly transcend the film they were written for and while Dances With Wolves is a fine film, the score uses the full range of Barry's imagination and style, together with more great themes than you can shake a stick. For once the Academy couldn't have given the statue to a more deserving choice so ideally suited is the music within the film itself, but an equally inspiring listen on disc. The performance and recording are both terrific, rich but detailed, so every nuance can be heard clearly. A score that no Barry fan, indeed no film music fan should be without.
Dances with Wolves - 06/10 - Review of Andreas Lindahl, submitted at 2008-01-20 21:25:40
I often get e-mails from readers asking why John Barry's score for Dances with Wolves isn't reviewed on the site. I usually reply with something like "it's on my to do list." A reply I have given for guite some time now. Well, despair no more, because here it is.

Judging by the e-mails and discussions in the various soundtrack forums on the web, this seems to be one of the most popular Barry scores ever. And it's not hard to understand why. This is Barry in epic mode. A big orchestra performing big music with big themes - exactly the type of score many people seem to like. And I'm no exception. Except when it comes to Dances with Wolves, which I think is one of the most overrated scores ever. Just like the film. Kevin Costner's three hour epic is one large, pretentious sleeping pill. Yawn. And while Barry's score isn't as boring as the film, I think it's far from being one of the composer's best scores.

You see, I have a problem with Barry's epic scores. His tendency to write overly simple brass and string lines is annoying at times, and his bad habit to repeat practically every phrase twice often gets on my nerves. The themes are often what saves it, though. And Dances with Wolves is luckily packed with gorgeous, timeless themes. There's the well known theme for Costner's character John Dunbar, of course. A true classic and one of Barry's most famous themes ever. As is the wonderful love theme, heard in a lovely version dominated by woodwinds and strings in the cleverly titled "Love Theme" track. Equally lovely is the theme for the wolf. It's hard not to fall in love with these themes and I can't even imagine how dull this score would have been without them. Probably extremely dull. Because the underscore isn't really that interesting and, once again, Barry's tendency to repeat everything twice just gets silly at times. Jerry Goldsmith once said something along the lines of "never repeat anything. But if you must, then turn it upside down or inside out. Add something or take it away, but never say the same thing twice exactly." John should really listen to what Jerry has to say.

Now, my intention when starting to write this review was not to bash Barry or this score, and I see now that I perhaps have focused a little too much on the negatives. Dances with Wolves is a good score, and there's a reason people seem to love it. It's lush and powerful and perfect for the film, with its sweeping nature shots. And let's mention the themes again - they're great. Absolutely wonderful. And the often talked about "The Buffalo Hunt" is a pretty excellent track, and one of the few times Barry really makes his score sound like music for a Western, with upbeat, punchy brass fanfares.

And to celebrate John Barry's 70th birthday, Sony has now released an expanded edition of this classic score. They claim it's complete but there actually is some music missing - but hey, this release includes 75 minutes of music so I'm not complaining. This new release includes previously unreleased cues, such as the film version of "The Buffalo Hunt" (orchestrated by Mark McKenzie), the film version of the John Dunbar theme, as well as some other cues. Whether you should get this new release if you already own the regular release of course depends on how much you love the score. But this new release includes a lengthy text about the score, written by Jon Burlingame, as well as sexy photos of Kevin Costner, sporting a moustache. Just telling you what you're giving up if you decide not to get it...
Golden Globes: Best Original Score (Nominee)
Oscars: Best Original Score (Winner)