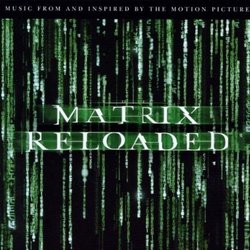 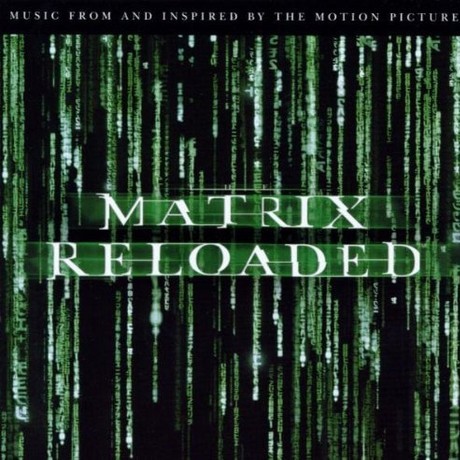 Show reviews in other languages
The Matrix Reloaded - 07/10 - Review of Tom Daish, submitted at 2010-09-11 08:42:41
It's funny how reactions to films can change over time and I don't think my opinion about a film has changed so much as with The Matrix. From being thrilled by its impressive stunts and effects first time around, it now strikes me as rather hollow science fiction that could be an episode of Star Trek Voyager, but with ultra-flashy effects and direction. Still, it was a world wide hit and the 'much awaited' sequels are upon us, this time separated by mere months, but firstly with The Matrix Reloaded; what a geeky title. Although most orchestral film music fans aren't thrilled by albums that combine songs and score, Matrix Reloaded is a double CD release with songs on one and score on the second. We are treated to 21 minutes of pure Davis and another 15 or so combined with the work of others, much in the manner of David Arnold's collaboration with the Propellerheads on a couple of the cues from Tomorrow Never Dies. Needless to say, I shan't be commenting on the songs.
Davis' Main Title takes us straight back into his pungent Matrix soundscape, with those infamous overlapping trombone textures and cyclic string motifs. The time since the first film hasn't really stretched Davis' style, with more family friendly flicks such as Jurassic Park III (John Williams vs. The Matrix) and a couple of decent horror scores, notably House on Haunted Hill. Unfortunately, on that evidence and what we have here is that maybe The Matrix seems more of a slight fluke, a sudden rush of inspiration. It's not that The Matrix Reloaded is bad in any way, but aside from the collaborative tracks, there is little in the way of new material. The longest portion of Davis' score, the 17 minute Suite could easily have been assembled from the original album - there are plenty of impressive moments, particularly the biblical, choral finale, but not much that shows a composing expanding greatly on his original conception.

The co-composed tracks are the only real departure from the music from the original, even if they are very much in the David Arnold, Bond style of modern digital percussion, with the Juno Reactor and Davis cues effectively mixing waves of digital percussion with bursts of the orchestra. The integration is occasionally a little superficial, but for the most part works well and compares favourably to Arnold's Bond scores. Indeed, Teahouse by Juno Reactor and featuring Gocoo could easily be from one of them, although the trumpets chatter more in the manner of Davis' own music. This is staggeringly unsubtle stuff, but Davis and company elicit enough bravura excitement that the listener is sufficiently thrilled by the sheer relentlessness, particularly when the choir, orchestra and synthesiser are trying to drown each other out during Burly Brawl.

For those not pre-disposed towards heavy bass and a heavy digital aspect, The Matrix Reloaded should probably be avoided at all costs, but these really do constitute the only obvious addition to the score's soundscape. This is perhaps unfortunate as they are far more crass and obvious than the creativity Davis showed with the orchestra dominated original. The production could have been a little more balanced; Chateau, Mona Lisa Overdrive and Burly Brawl represent almost 20 minutes of relentless pounding and a bit of relief would have been welcome, as it all becomes just a touch wearing after a while. Following it with the bulk of Davis' music in a suite doesn't really do it or the disc as a whole, any favours. This is a distinctly more of the same sequel score, carefully frothed up with a bit of Bond style digital extravagance and well worth a listen all the same.
The Matrix Reloaded - 08/10 - Review of Andreas Lindahl, submitted at 2008-01-20 21:25:40
Don Davis' music for the first Matrix film, released back in 1999, is one of the most impressive atonal, dissonant and experimental scores I have ever heard. I have never been a particularily big fan of atonal, or "themeless" music, but The Matrix knocked me off my feet with its orchestral power and energy. Don Davis' score for the second film in the trilogy, The Matrix Reloaded, is no different. The way Davis writes for, especially, brass is just brilliant. This time the orchestra is even larger, the choir is bigger and the electronics have been given more space.

Davis takes musical ideas established in the first score and expands on them, creating a score that builds on the same foundations as the music for The Matrix, but takes them even further. Partially because of his collaboration with Juno Reactor. In "Mona Lisa Overdrive" and "Burly Brawl" Davis and Juno Reactor create sixteen minutes of powerful and exciting orchestral music with an electronic twist. Lots of percussion and rythms and probably something most film music fans would describe as simply "techno", but then we have a tendency to describe anything rich with samples and beats as techno, so I don't know... It's exciting and entertaining, none the less. Although it gets a little cheesy at times.

But the instrumental cues that really shine on this album are the ones composed solely by Don Davis. The "Main Title" revisits the familiar low piano rumbling, low racing strings and the unique writing for brass that Davis based his score for the first film on. It continues in "Trinity Dream" and is taken to perfection in the 17 minute long "Matrix Reloaded Suite", which closes the album. Seventeen minutes of impressive orchestral bombast.

The only problem is that I want more. Davis wrote around 100 minutes of music for this film, so where is the rest? Couldn't care less about the songs included on the first disc in this 2 CD set, really. Not my cup of tea at all. And the fact that many of them don't even appear in the film at all just makes me... tired. The only positive thing I can think of about this double disc release is that people buying it for the songs will get the score as well. Hopefully at least a couple of them will listen to Davis' music and like what they hear.