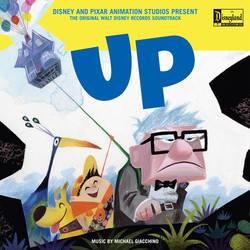 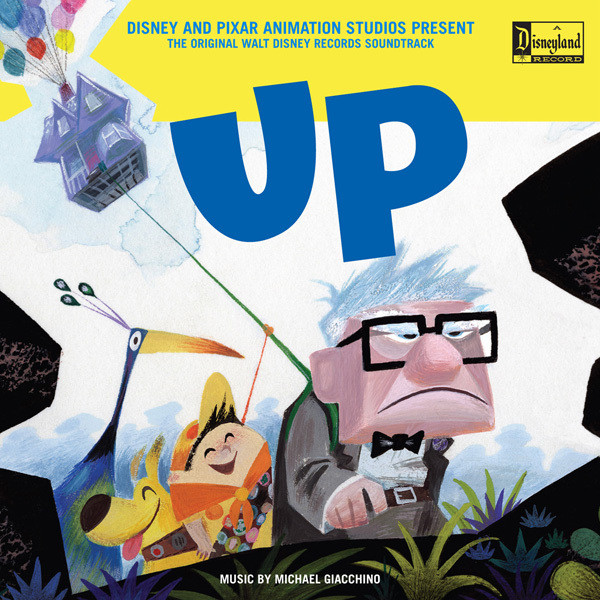 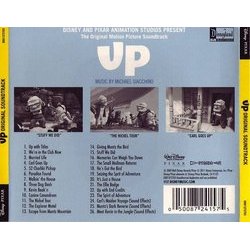 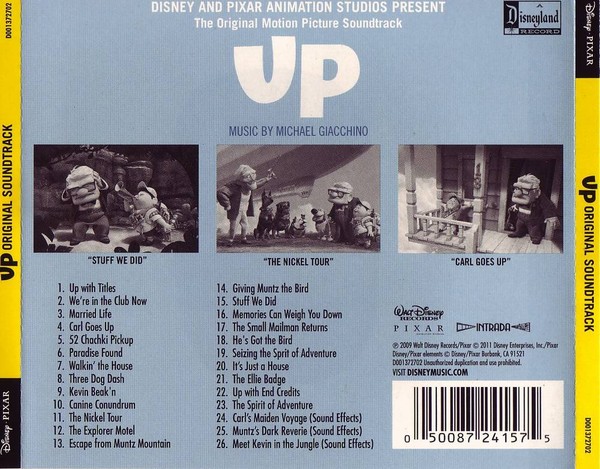 Show reviews in other languages
Up - 09/10 - Review of Anthony Aguilar, submitted at 2012-03-19 14:42:21 en
This is something of a unique listen. It's a very jolly, light-hearted, and enjoyable piece of old style film music which showcases Michael Giacchino in very fine form. Giacchino is no stranger to Pixar, having scored Ratatouille as well. What we have here is a score that is perfectly suited to an animated film, but is not simply an exercise in mickey-mousing (though the action music strays annoyingly into that territory on occasion). This is a score that has something extra; a sense of magic that, even in the most abrasive of action sequences, is brimming with positivity and just pure fun. A sense that I got out of this score was that Giacchino was having a blast scoring this. It really is very fun music.

Giacchino has achieved something very remarkable indeed, for not only has he created one truly memorable main theme (I have been whistling it ever since I listened to the entire album), but the secondary theme is also quite hummable and memorable. Both themes, while being light-hearted, are very romantic in style. Giacchino has painted the two main characters as men from an age long past who have very romantic dreams and aspirations. It is fascinating listening to what Giacchino does with the secondary theme (we'll call it the 'Spirit of Adventure' theme) as the album progresses. The theme is, in its purest form ('The Spirit of Adventure', 'Up With Titles'), a theme that nearly boils over with the old enthusiastic romanticism of the past. Over the course of the album, though, it becomes a negative force and by the end stands in direct opposition to the theme for the main character. The track 'Seizing the Spirit of Adventure' sees these two themes do battle and Giacchino does an honorable, though not particularly masterful, job at conveying this battle between the two characters and themes.

Giacchino does know how to do action music well, but he unfortunately slips into what many call 'mickey-mousing'. It is grating at times, but one cannot fault Giacchino as the film was likely somewhat fast-paced at times and required this from him, and it does not detract too much from the listening experience as a whole. That is really the only complaint that I have about this score as a whole. The score doesn't quite reach the heights of other scores for animated or fantasy films, but is quite good in and of itself and can stand very proud in the Disney-Pixar line of film scores (at least from the ones I've heard).

Highlights include: 'Seizing the Spirit of Adventure' and 'Carl Goes Up'. The latter is perhaps the finest cue on the album. Giacchino masterfully painted a musical picture that successfully conveys the magic of lifting off in flight. This is an absolutely delightful piece of music and the highlight of the album in my opinion. The former because of the duel between the two themes (the track is also fairly exciting as well). The end credits suite (while focusing mainly on the primary theme) ties both themes up quite nicely and features some delightful arrangements of the primary theme.

Overall, this is a score that I whole-heartedly recommend. It is not a score that will only invite a one-time listen (as many scores tend to be), but one that will most likely have me returning every now and then. This is a very special score and will hold a special place in my heart. It is just shy of masterpiece material but is quite good in its own right.
Dreams can come true! Intrada proudly announces new series of soundtracks on CD, co-branded with Walt Disney Records. First title is premiere CD release of Academy Award-winning score by Michael Giacchino to Walt Disney Pictures/Pixar Animation Studios charming UP. Sentimental tale chronicles very real emotions of elderly man, from boyhood experience of meeting his future wife through tragedy of her death. He straps balloons to his house before it can be demolished, then embarks on wild, exciting adventure in the skies! Produced from original digital scoring session elements under supervision of composer & Disney engineers, album offers nealy one hour of warmly nostalgic, thunderingly dynamic score.