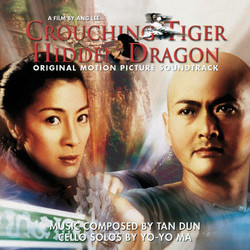 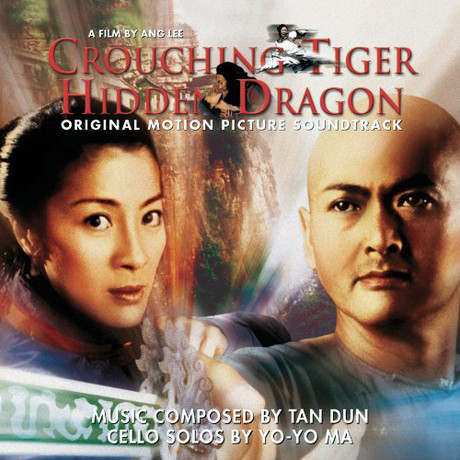 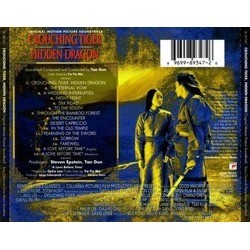 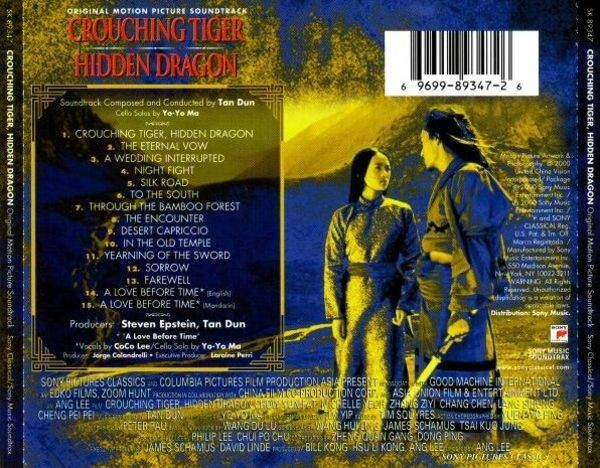 Show reviews in other languages
Crouching Tiger, Hidden Dragon - 08/10 - Review of Tom Daish, submitted at 2010-10-09 20:51:27
I'm not quite sure what made Crouching Tiger, Hidden Dragon such a huge success. It's not that I think it's bad (I've not seen it myself, but others have said it's superb), but simply that a film in Mandarin Chinese with many colloquial film making factors make it an unlikely box office success. Its cerebral take on the action movie format also seems at odds with current trends - although in fairness, most of the trends are what the studios think we want to see rather than what we actually want to see. I suspect that former Bond girl Michelle Yeoh and Chow Yun Fat (Anna and the Kind) helped a lot, plus the factor of acclaimed director Ang Lee who has directed several successful, but wildly different films including the superb period drama Sense and Sensibility and the offbeat civil war picture Ride with the Devil. Of course an American studio is more likely to promote a film by a director with something of a Hollywood track record, even if the film is in Mandarin Chinese.

Choosing Tan Dun as composer was perhaps not a terribly surprising choice, but an excellent one; Ang Lee's choices for composers have seemed eminently suitable for the film, there are few who could have written as delightful a score Doyle's Sense and Sensibility for example. Tan Dun is of course a respected concert hall composer and so his music was always going to be of a certain calibre. As the director's approach to the material is what we would consider offbeat, so too is Tan Dun's approach to the score. His music is much more subdued than expected; instead of pumping brass, synths and racing strings, the fight sequences have more simple percussive cues that, while I've not seen the film, I feel must have been quite sublime in context.

The deeper context of the film is of course dealt with admirably. The addition of the wonderful 'cellist Yo-Yo Ma is a wonderful idea. While not a big deal, it does have the slight drawback that film music fans will suddenly think Yo-Yo Ma and think Seven Years in Tibet. I'd suggest that Tan Dun had little or no contact with Williams' beautiful score, but the portamento slurs and diatonic scales give the music the same (and I'm rather annoyed with myself for using the word, but I can think of none better) ethnic edge that Williams achieved. Before you say it, I appreciate that this is China and not Tibet, but I'm not quite as in tune with far Eastern music as I am Western - that's my excuse and I'm sticking to it. The album is rounded out by both an English and Mandarin version of A Love Before Time which, while a passable romantic movie ballad, does seem at odds with Tan Dun's much more subtle score.

Tan Dun's ostensibly NOT in your face approach is as refreshing as it is surprising. With all the wannabe Jerry Goldsmith, Hans Zimmer or John Williams it's very pleasing to have a composer who writes something that is simply perfect for the film he's given. I doubt many Hollywood composers would have imbued a score for such a film with the same level of subtlety. Having said that, I did find it a little difficult to get my teeth into this score (as it were) and it takes several listens to appreciate it. Even then, it still doesn't stick in the mind that much. It's at this kind of juncture I wonder if I'm too dumbed down for this kind of score, but on the other hand, there are plenty of not immediately accessible scores that I've enjoyed and have vivid memories of afterward.
Golden Globes: Best Original Score (Nominee)
Oscars: Best Original Score (Winner)
World Soundtrack Awards: Discovery of the Year (Nominee)