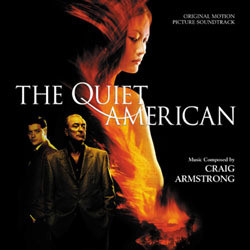 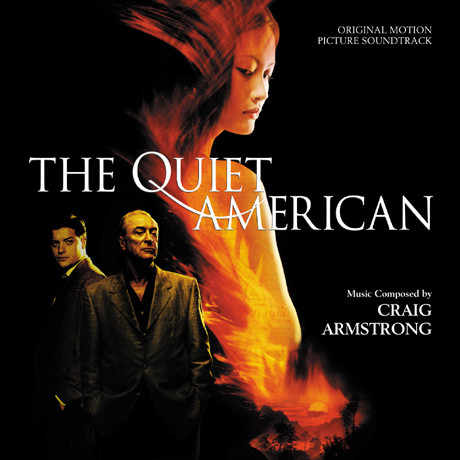 Show reviews in other languages
The Quiet American - 06/10 - Review of Tom Daish, submitted at 2010-09-07 21:56:07
I've read some unlikely comments in my time, but the press information for The Quiet American states that Michael Caine would star in the film if Craig Armstrong did the music. I must accept that it's true, but it just seems rather improbable; the opportunity to do some great acting in an important piece of cinema might seem like a better reason. Had Caine said he'd do a film if John Barry did the music, fair enough, they used to share a flat and be best mates, but Armstrong just doesn't strike me as the sort of composer who ought to inspire such enthusiasm. As is typical for a serious film with an exotic locale, Armstrong made great efforts to research Vietnamese music to ensure authenticity. It is therefore disappointing, perhaps, that he seems to deconstruct the music with lazy (in the sense of laid back and in the sense of unimaginative) synthetic percussion, not a million miles away from one of David Arnold's smaller scores, Baby Boy for instance.

The score bears interesting comparison with the efforts of the brothers Danna and their score for Green Dragon, but while they did use western instruments, there were plenty of ethnic instruments to add to the texture. Armstrong favours a fairly simple mixture of strings, synth percussion, piano and for the exotic sound, a female vocalist - similar to James Horner's approach for The Four Feathers, although the singing style here is more palatable. There are occasional hints of local instruments, but they are not a dominant factor, although their use is appropriate. I'm always a touch skeptical when composers wax lyrical about the research they put into making scores authentic. In this case, the results often don't honestly sound any more authentic than something Arnold might do to keep up with Bond in his globetrotting, but instead of a 2 minute scene setter, it's stretched for an entire score. Admittedly, when the synth percussion is dispensed with, the results are more convincing and often quite lovely, the choral work of Brothers In Arms is especially touching and The Ritual of Revenge has a stirring build up of Zimmer proportions.

The album concludes with Nothing In This World which would probably stick out like a sore thumb had the score not been so liberal in its use of modern instruments, although the rule that pop music sounds odd in anything but English (the opposite of the rule for opera where anything in English sounds daft) holds true for the parts of the lyrics in Vietnamese. I only wish Armstrong had had the courage not to use quite so much percussion, as the string arrangements in the first half of the song are much more fetching, appropriate and dramatic. I can't deny that overall, Armstrong mixes his location music with a modern sensibility quite well, even if it isn't really appropriate to give it such a modern feel given the 1950's setting. There are some well wrought, dramatic interludes, but there is a distinct sameness to the percussive tracks.
World Soundtrack Awards: Best Original Song Written for a Film: "Nothing in this world" (Nominee)

Other releases of The Quiet American (2002):