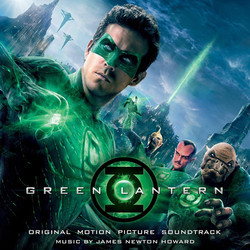 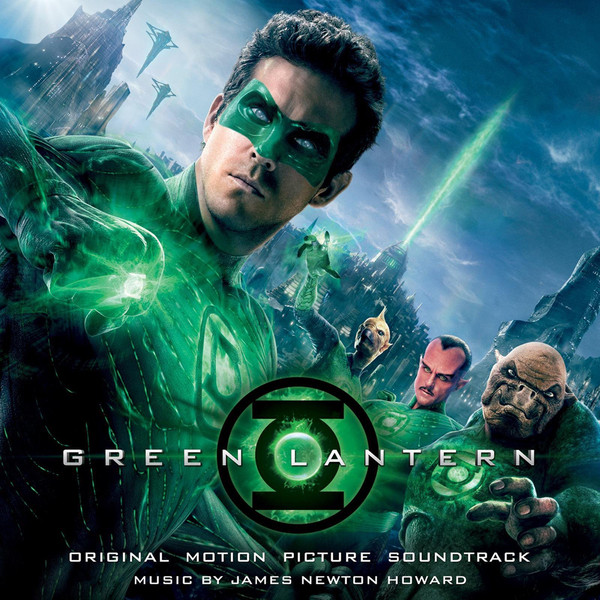 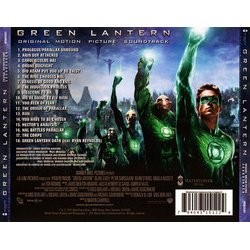 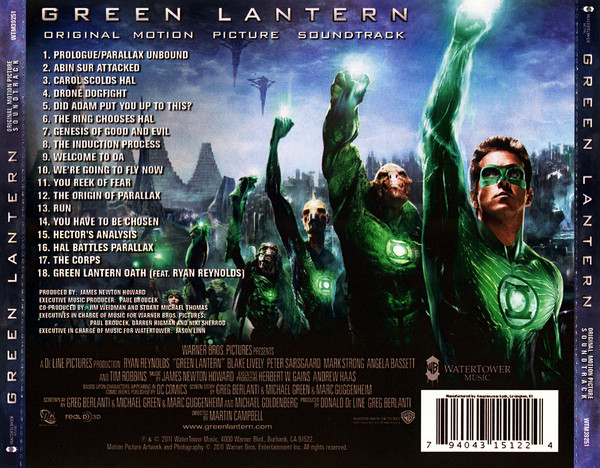 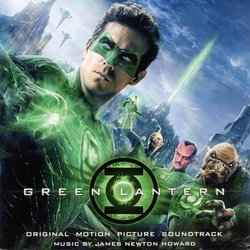 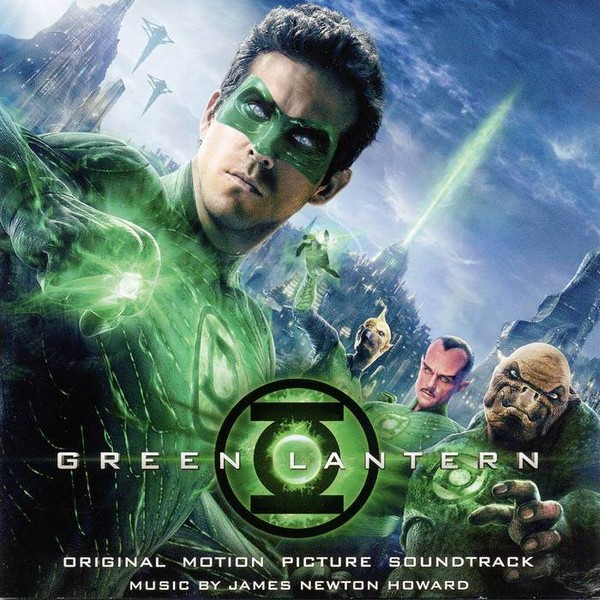 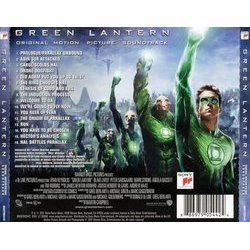 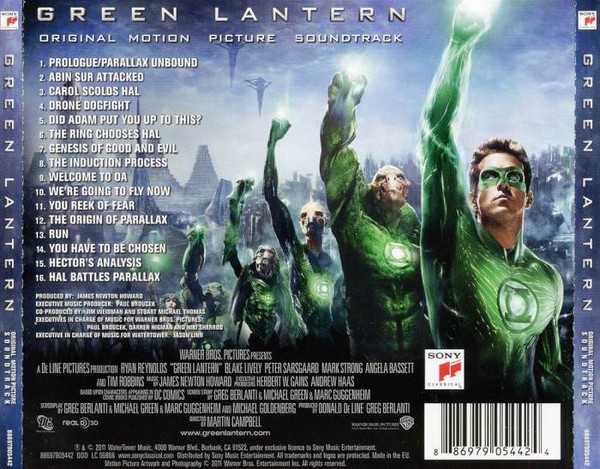 Green Lantern - 04/10 - Review of Matt C. , submitted at 2011-06-21 03:33:26
I have not been this disappointed in a JNH film score in quite some time. You would think a superhero movie that is inhabited by alien beings, a mystical ring and a mad scientist would be great territory to work in for a film composer.
Apparently, it was not.
Either JNH was completely tied to temp track and was advised to stay away from inspiring super hero themes (or themes period), or it was just that JNH knew this film was horrible, disjointed and cartoonish and wanted to accentuate that fact.
This film score is an unoriginal, directionless effort, lacking in any kind of real emotional connection or satisfying build up.
Amidst the headache inducing cues there is a glimmer of beauty that is worth the download if you are a diehard James Newton Howard fan.
Track 10, 'We Are Flying Now', is easily the best cue on the album. It is a not-so-distant cousin of the flying music for JNH's Peter Pan score, though it is entirely too short and under-developed. Like a sweet morsel buried within a Zimmer-esque wall of synth sounds, random beats, loops and electric guitar.
I do have to mention that the brass fanfare for the Green Lantern that shows up prominently in the first track and several moments throughout the score is fairly interesting, but never gets a true chance to flourish, not to mention that it sounds tremendously similar to a Jerry Goldsmith fanfare.
I realize that I have spent a lot of time in this review saying how much bad the score is, but I do have to say that it is not entirely unlistenable, it just okay and that is what is so disappointing. Compared to other James Newton Howard scores such as the epic The Last Airbender, the breathtaking Lady in the Water and the wonderous Atlantis: The Lost Empire, it doesn't hold a candle.
However, if you are a fan of modern, electronic scores penned by Ramin Djawadi, BT and a majority of the members of the Hans Zimmer gang, do check it out. You may find something to enjoy.
Green Lantern - 04/10 - Review of Jason FLZ, submitted at 2011-06-20 18:04:43
The summer of 2011 is the summer of superheroes. Withing several months, there have been 2 'green' superhero films, both of which scored by James Newton Howard. The most recent, The Green Lantern, allowed the composer to dip into the media venture's style of composing. For people sick of James Newton Howard resorting to this style of scoring for almost every other project lately, don't bother reading the review and skip the score altogether.

The opening tracks of the album immediately jump into the action. Powerful electronics continuously pound out rthyms and cover up any orchestral music that could have sounded good or original. It's not until 'The Ring Chooses Hal' that Howard even bothers using straightforward orchestral music with little synth intrusion. Fortunately, whenever Howard uses orchestral music and actual themes ('We're Going to Fly Now'), it really does shine despite being covered up by annoying electronics. Unfortunately this barely happens.

The Green Lantern is a disappointment, to be short. Every other track on the album features grating synth sounds and pounding electronic action. For a composer like JNH, this really does manage to wear thin. The music here could have come from any Media Ventures artist, but seeing JNH's name attached to it is fairly depressing. The only thing I can say positively about the score is the action, but after the 10th time of hearing it, it gets old.
Trailer:


Soundtracks from the collection: Comics