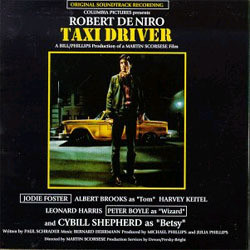 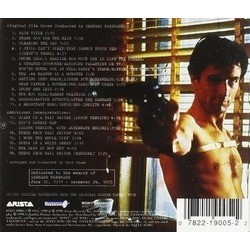 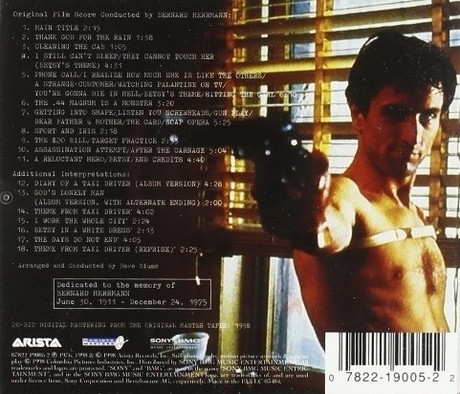 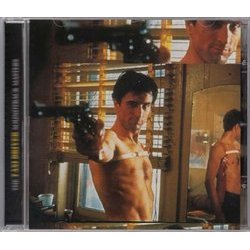 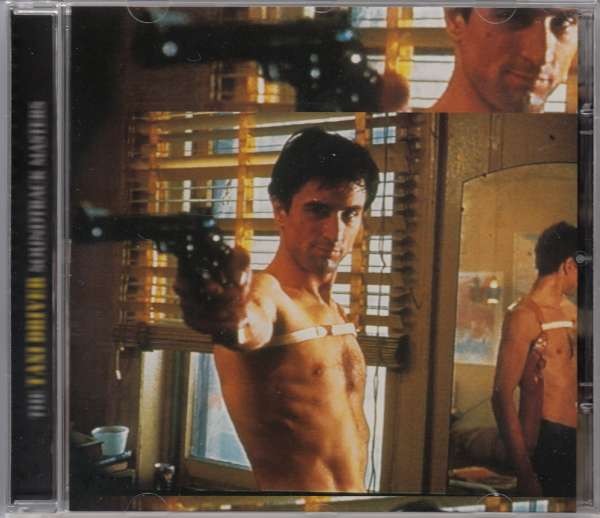 Taxi Driver - 09/10 - Review of Tom Daish, submitted at 2010-09-14 04:39:58
Apart from being from a classic Martin Scorsese movie starring Robert De Niro in one of his most indelible roles, this was also blessed with receiving the last music that Bernard Herrmann ever wrote; after the last recording session he went to his hotel and died in his sleep that night. Of course, this makes it a landmark score and the end of an era for movie scoring, but of course the score is worthy of praise whether it was Herrmann's last or not. There are various stories as to the origins of the jazz based main theme, but whatever the case, it is one of Herrmann's most atypical. Starting from a slowly speeded drum beat over which the brass and saxophones crescendo and then surrounded by plucked strings the langorous sax theme is performed. This makes a perfect evocation of place, New York where the lead character Travis Bickle is a tax driver turned psychopath. In the liner notes, Martin Scorese mentions how Herrmann said he 'heard brass' as some kind of reflection of the strength of Travis and the use of hard percussion only adds to the overall textures.

The major other thematic material is heard in the second half of track four and subtitled as Betsy's theme which is quite closely related to the main theme, but adds a muted trumpet and is perhaps in a much more romantic sensitive style than the harshness of the main arrangement with those surging brass chords. It has to be said that the music is very similar in style all the way through, the saxophone and jazz accents always present, even though the rest of the orchestra is used in a supporting role along with cod improvised piano motifs running around the background. Track five features a few more typical Herrmann harmonic progressions as well as some of that low grumbling in the brass and woodwind that Herrmann is so fond of, also incorporating more excitable music that almost reminded me of John Barry's Bond music.

After the finale in track eleven, Arista have provided us with various alternative takes, a monologue taken from the film by De Niro as well as some different interpretations. Some will be appauled by this, but I'm sure Herrmann would have been pleased that people loved his music so much that they played about with it. I suppose the sultry moods are lost when it is turned into a more upbeat jazzy interpretation, but it is perhaps a lot more palatable to those unaccostomed to the intensity of Herrmann's music. Perhaps the only interpretation that is curiously omitted is the Nightpiece for Saxophone and Orchestra; an eight minute suite of the major material of the score rather in the style of Herrmann's own Portrait of Hitch using music from The Trouble with Harry. I suspect this is the kind of score that I would have never acquired in a million years had it been by anyone but Bernard Herrmann, but for all that I'm glad I do have it as it makes for a unique and decidedly alternative perspective on the music of a great composer. If only Herrmann had lived on he might well have scored some more modern classics after his brief rennaissance in the 1970s after a period of disfavour toward orchestral soundtracks.
Oscars: Best Original Score (Nominee)