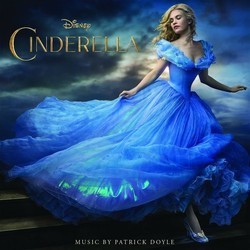 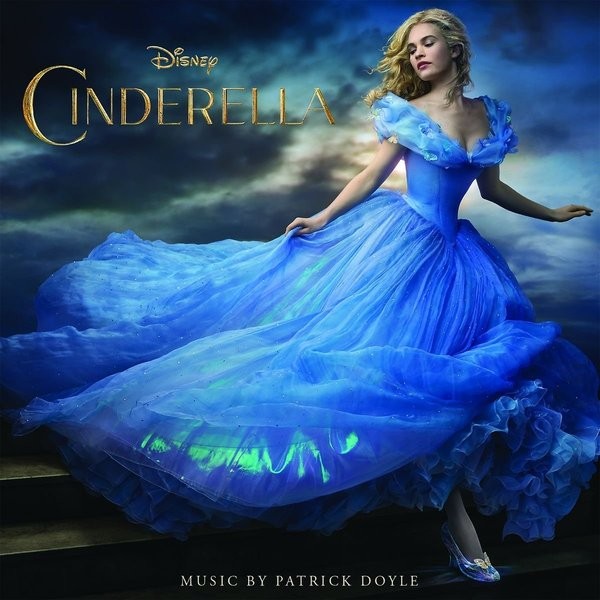 Show reviews in other languages
Cinderella - 09/10 - Review of Javier Madariaga, submitted at 2015-03-26 01:53:23
Cinderella, Old Story New Sounds (ish)
After an unexpected and georgeous Maleficent score delivered by JN Howard (this year's recipent of the Max Steiner Award), Disney now brings us another rendition of his fairytale classic 'Cinderella'. Directed by Keneth Branagh the score for this remake is done by the well-known and experienced-in-the-genre composer Patrick Doyle, who brings us a beautiful, catchy and gentle score.
First of all, the main theme, it's a beautiful and kind piece of 7 notes in a waltz way (very similar to the rest of the score) that resembles the main values of the protagonist: Corage and Kindness. No matter if it´s in a soft string ascension or in a big and flourishing full orchestral way the theme does not stop being gentle and warm, something that makes you feel emotional and even make your feelings go dancing while you think about...let's say...Love.
There is a secondary theme that is presented in the first track of the soundtrack and reprises in the end-credits song.
The Orchestration is simple, just like a classic orchestra, almost made for performing Strauss and in this case Doyle. The Waltzes are performed perfectly and they have some soft romantic moments and others that are funny and silly (in a good way). Action or fast movement cues are bold and well made with lots of strings and woodwings, that never let you go from magic and faitytale (also something good). James Shearman manages to conduct an extremely emotional score in a perfect way.
A think I missed was a strong and aristocratic theme for the stepmother (or Lady Tremaine), which would have closed the thematic material perfectly.
The non-score material is great, I mean the dancing sources and the songs. Valse de´l Amour, which was conducted by Doyle himself, its a very romantic piece from which the main theme emerged, that uses the not-so-big orchestra to underscore the dance of the Prince (Kit) and (Cinder)Ella. Valse Royale and Valse Champagne are very dancy and airy, while the Polkas are bold and stunnigly funny specially the Polka de Minuit.
The original song 'Strong' written by Doyle, Branagh and Tommy Danvers, and performed by Sonna Rele is surprisingly good and very flourishing with words that lift you up and make you smile and sing loud. Lilly James' rendition to the original film' 'A Dream is a Wish your Heart Makes' is absolutely beautiful and goes upper from expected, just as 'Bibbidy-Bobbidy-Boo', the iconic song of the fairygood mother, this time performed by the witty Helena Bonham-Carter: The latest two are helped by the great re-orchestration they received.
Summing up, this score follows the line of the previous Maleficent and Alice in Wonderland, a line of Glory and beauty that makes the road more difficult for the upcoming composer to score a Disney Revival: John Debney in his new versio of 'The Jungle-Book' (which will count with some songs from the original film); and Alan Menken in his re-scoring of his own 'Beauty and the Beast' now partnered with Tim Rice, who's standing for the late Howard Ashman (RIP). Good luck to them and go hear Cinderella by Patrick Doyle or Bibbidy Bobbidy Boo!!

JAMO
Outstanding Tracks: Any Walz and Polka, You Shall Go, Who is She, Courage and Kindness, Every Song.
Music Composed by Patrick Doyle
Conducted by James Shearman
Recorded at Air Lynhurst Hall, London
Trailer: