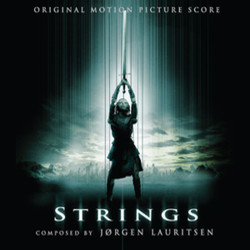 Anders Ronnow Klarlund's Strings is an puppet fantasy film inspired by the tragedy of 9/11 and how the United States responded to the cataclysm. The world's first fully integrated puppet feature film is a mythological story about the son of a king. Hal Tara sets out to avenge the death of his father, but he is surprised to learn new things about his own people and eventually find true love at the last place he expected.

The film had a troubled shooting schedule: Czech animators initially refused to work when they learned how much the puppets were supposed to do. The smallest miniature set measured up to 100 square meters and designing them weren't much easier than building, since the filmmakers wanted to represent many world cultures in the designs. Though the film went seven million Danish kroner (roughly 1 million dollars) over budget, it was worth the wait. Strings turned out to be a cult movie, whose English version was dubbed by luminaries such as James McAvoy, Catherine McCormack, Julian Glover and Derek Jacobi.

Strings is the first film score by Danish composer Jřrgen Lauritsen, who may be a newcomer to this world, but had done great things prior to movie music. He has written concert pieces for ensembles ranging from 2 pianos, quartets, jazz combos, big bands, choirs to full symphonic orchestra. Recently released album on Universal Records Korea. Orchestrated symphonic music for several Danish/European movies. 'Strings' is the first movie he has scored. He is also a producer/arranger of CDs and radio shows, conductor of musicals and popular symphony concerts, he also works as the music producer/vocal coach for Disney Scandinavia.

Lauritsen's score has a tough job of adding character and emotion to the puppets, but his bold symphonic music excels on all levels. It adds sorrow to the character of Hal who feels remorseful about the death of his father, then turns his attention towards vengeance in sinister music that emphasizes the darker side of his character. When he finds love, the music swells in power with the introduction of haunting female vocals. And of course there’s the juicy stuff: the epic battle set pieces for the chaotic struggle fueled by international conspiracy and misunderstanding. KeepMoving Records is proud to present over an hour’s worth of excellent symphonic fantasy from the first fully integrated puppet feature film. You may see the strings in the film, but now you will also hear them on our CD.
' Strings ' Original Motion Picture Score
Limited Edition of 500 copies
Label: KMRCD 018
Date: 2004
Tracks: 29
Time: 66'56