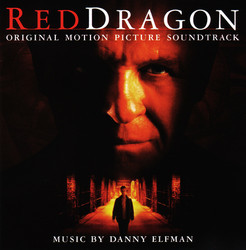 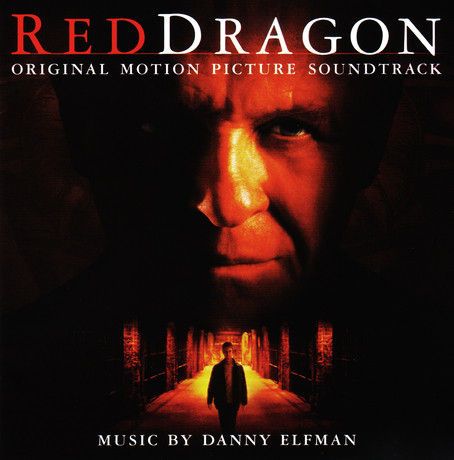 Show reviews in other languages
Red Dragon - 08/10 - Review of J , submitted at 2008-01-20 21:25:40
For over a decade, Hannibal Lecter has presented film composers the rare opportunity to dive into the mind of a refined, polite, brilliant, and debatably evil killer. For The Silence Of The Lambs, composer Howard Shore accented Lecters character with string arrangements that were disturbing in their intensity, and nothing short of unnerving. Around a decade later, Hans Zimmer wrote a thoroughly classical yet equally dark musical accompaniment to Lecters grotesque exploits for Ridley Scotts Hannibal. So, when Danny Elfman, famed for his complete mastery of dark music, was hired to score the latest Lecter themed film, Red Dragon, the film score world applauded director Brett Rattners selection. Then they heard the score.

Frankly, if the listener is expecting musical similarities to Zimmers classy Hannibal or Shores moody The Silence Of The Lambs, then theyre likely to be disappointed. Unlike the aforementioned films, Red Dragon does not revolve around Lecters character, and Elfmans score does not try to mock either of the previous works. However, Red Dragon is excellent as a stand-alone score, and it should be approached as such.

From the opening notes of Logos, the listener can tell that this is an Elfman score. This track (barely a minute long) sets the tone for the entire score--- suspenseful, brimming with intensity, and jumps around every corner. Musically speaking, Red Dragon presents a departure for Elfman, who is dominantly known for his fantasy-themed works. Dolores Claiborne is the only one of his past works that bares any thematic resemblance to Red Dragon. And so, taking into account the general repulsion Dolores Claiborne received, people should make sure they are fans of Elfmans more emotionally dark scores before purchasing this dense baby.

Red Dragon contains three dominant themes, all of them revolving around the films serial killer, Francis Dolarhyde, played by the always interesting Ralph Finnes (it seems odd calling him the main character, so Ill stick with what I got). There is one that represents his painful childhood (Logos, The Old Mansion, The Book), one for his steamy yet strained relationship with his co-worker Reba (Tiger Balls, Love On A Couch), and, the granddaddy of them all, the ferocious theme for Dolarhydes Dragon alter ego (Main Titles, Enter The Dragon, Devouring The Dragon).

With these three themes interwoven in nearly an hour of music, Elfman has crafted what is sure to be one of his best works of the last few years. Elfman combines his command of brass, his chaotic string writing, and his unmatched knack for electronic (although they are used sparsely and to great effect) for a fine listen for a dreary day. The album explodes in the final four tracks. The Fire and Hes Back serve up the frantic action cues that Elfman so excels at. All of this reaches a peak in End Credits Suite, which revisits the Dragon Theme in grand fashion.

All in All, Red Dragon is definitely worth a listen. Elfman fans are sure to revel in the chance to revisit the emotional intensity that made Dolores Claiborne and Batman Returns so great. Beware, however, this is not The Silence Of The Lambs or Hannibal. Both of those scores were very different in style and tone, and so is Red Dragon. This Elfman were talking about, so expect something all its own.
Red Dragon - 06/10 - Review of Tom Daish, submitted at 2010-09-10 23:46:46
It seems a long time since liver, fava beans and chianti were on the menu and even longer since anyone remembers someone other than Anthony Hopkins playing Hannibal Lecter. For those unfamiliar, the first screen outing for the cannibal was in Michael Mann's Manhunter, which wasn't really about Lecter at all. Brian Cox's portrayal wasn't much more than a cameo, but even in the sidelines, the character had great mileage. Red Dragon is both a remake of Manhunter - but apparently more faithful to the original Thomas Harris book in both content and title, but also a prequel to Silence of the Lambs and Hannibal. There is a certain irony that the only film to feature Lecter as the main focus, Hannibal, is in fact the least convincing of them all.
Manhunter had a pretty obnoxious, 80's synth score by Michael Rubini which undercut much of the drama and tension the film tried so carefully to create. Silence of the Lambs got a smart and creepy Howard Shore score and while the album for Hannibal was something of a disappointment, Hans Zimmer's music worked well in context. Choosing Danny Elfman for Red Dragon does seem sensible with perhaps the only worry that he'll overplay his hand a little. Shore has much more self control, but Elfman acquits himself more than adequately, even if the album isn't exactly enjoyable. Perhaps the most disappointing aspect is that the music seems to sound exactly as I had imagined it, churning strings, occasionally bursts of melodramatic brass, a little clanking percussion and some ticking piano motifs.

Shore and Elfman often seem like two sides of the same coin, but Elfman has a bit of the mischievous black comedian to Shore's more straight laced approach. For all that, many elements of Red Dragon do seem like Elfman versions of Shore's music, even if the string glissandos, spooky choir and other elements are included with more delicacy. For those who bemoaned Spider-Man because they couldn't hear the theme will probably find Red Dragon quite distressing for the thematic material isn't exactly obvious. There are little ticking motifs that provide a decent level of uniformity which, again, echo Shore's music.

While I'm loathed to put this down as Elfman on autopilot, there feels like a certain lack of inspiration from time to time. In fairness, this kind of thriller for which it is difficult to compose an album friendly score. While it seems like the kind of film that should suit Elfman well, I can't help but feel that it needs to allow for either a little more theatre and grand gesture - Sleepy Hollow is essentially a murder mystery, but the style allows for a wildly operatic score - or is quirky and introspective, such as A Simple Plan. Undoubtedly perfect for the film, the album gives the feeling of requiring a couple of edits as one cue of long string notes and quietly clanking percussion runs into the next. The dynamic action sequences, particularly in the final few tracks are a definite highlight, but an hour of brooding intensity can be a little difficult to, erm... stomach.
This soundtrack trailer contains music of:


Soundtracks from the collection: Hannibal Lecter