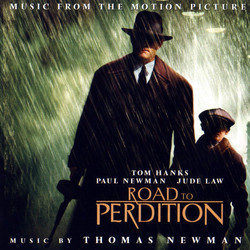 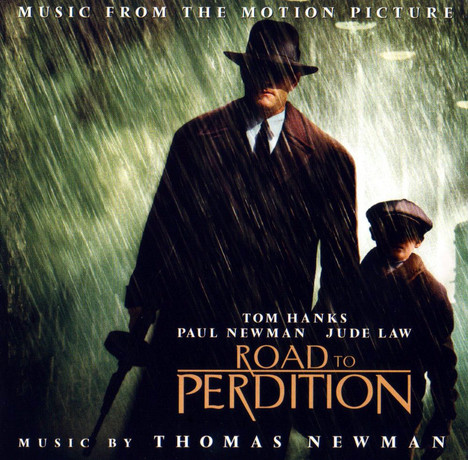 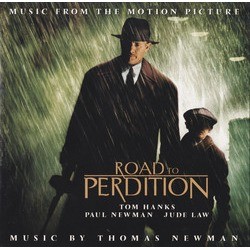 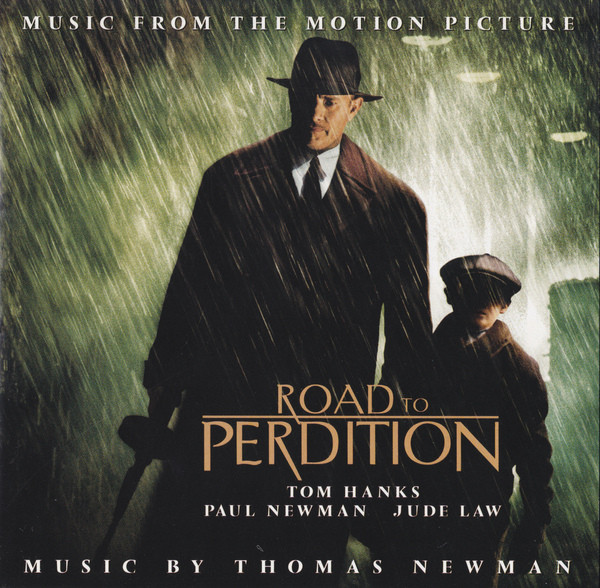 Show reviews in other languages
Road to Perdition - 08/10 - Review of Tom Daish, submitted at 2010-10-02 11:00:35
At last, Thomas Newman seems to have found a collaborator that brings out both the best of his quirky musical imagination and his skills as an orchestral composer. Sam Mendes' American Beauty was a cracking film and Newman's score was imaginative without being a really difficult listen, as the recent Salton Sea and In the Bedroom have turned out to be. With Road to Perdition we have a welcome return to Newman at his most successful; some quirky instrumental moments, but mainly, lots of 'traditional' orchestral writing with exquisite orchestration and aching melody. In an interview, Newman said that he felt everything had been explored with the regular orchestral setup and that was why he liked to create his own instrumental sounds. If it weren't for the fact that his orchestral writing was so good, I might be inclined to agree, but given the choice between half an hour of weirdness that is In the Bedroom or over an hour of Road to Perdition, I know which I'd choose.

Although ostensibly a gangster movie, in common with The Godfather or Goodfellas, Road to Perdition is more about family, specifically father-son relationships. However, this time Tom Hanks and his son are running from the mob after the son witnesses a murder. It all somewhat less glamorous than the Corleone family and this is matched in the atmospheric cinematography and Newman's introspective score. If ever a score was a musical depiction of the images, Road to Perdition would be a perfect example. The opening is quite sprightly, Rock Island plays out the main theme on Irish pipes, but that is about the only instance of the character backgrounds being denoted. The first few tracks are curiously subdued and despite being the setup for the story, Murder (in four parts) is especially low key. However, Newman gets a lot of mileage out of strings, piano and woodwinds; again, his orchestrations featuring a winning delicacy, even in the more intense passages.

There are only a handful of Newman scores where some element of his more experimental nature is absent, but in a film such as this, there is definite scope for a more surreal aural landscape. One surprising moment is Meet Maguire which bears a striking similarity to Choking the Bishop (a euphamistic title) from American Beauty. An intertextual conflict of similar proportions to Jerry Fielding using trombone slurs for the rape scene in The Wild Bunch as well as for the Tribbles in the classic Star Trek episode. In fact, it's not the only glimmer of other Newman scores; perhaps one of the most welcome is Cathedral with subtle choral writing that distantly recalls his exquisite Oscar and Lucinda. There are a couple of surprisingly upbeat moments, the quite playful scherzo of Dirty Money is filled with striking off kilter rhythms. Newman rarely writes for films that require action music per se, but Dirty Money and the more aggressive Nothing to Trade and Shoot the Dead indicate that when called upon, he can compose music for that purpose as well as (if not better than) anyone writing music for films today.

The album ends with Tom Hanks and Paul Newman performing Perdition by John M Williams (to avoid confusion presumably) which makes for a quite strange, but oddly fitting finale. The three period songs cut through the atmosphere in much the same way as those in Williams' Angela's Ashes; best if avoided. In fact the two scores are, if not related, then certainly distant cousins. If Williams' score is more thematically satisfying and consistent in tone, then Newman's is more inventive and varied - without jarring changes - in tone. At a touch over 70 minutes, it runs just a little too long in places, but despite the hefty number of tracks, most are long enough to make proper musical statements, something that is not always true of Newman's albums. If not his best score, then certainly a top five contender with plenty to savour, especially with repeated listens. Highly recommended.
Oscars: Best Original Score (Nominee)
World Soundtrack Awards: Best Original Soundtrack of the Year (Nominee)