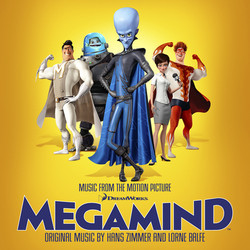 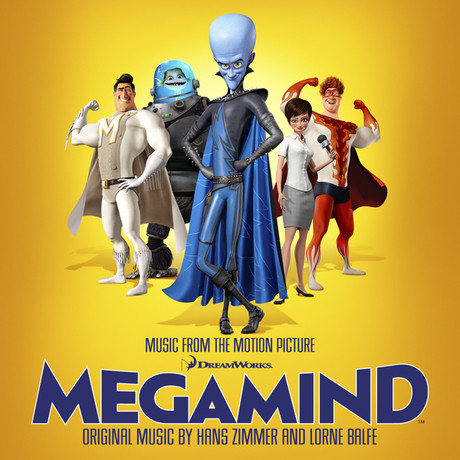 Megamind - 06/10 - Review of Steve Ewing, submitted at 2010-12-16 05:44:18
It’s refreshing to listen to a Hans Zimmer score written for something other than a titanically massive and serious film. Granted, it was co-written with Lorne Balfe, but it nevertheless seems to bring something unexpected and refreshing out of Zimmer. The most recent collaboration of the two composers was the scoring for the video game Call of Duty 2: Modern Warfare, for which Zimmer wrote the theme and Balfe the in-game soundtrack. Even that music sounded more typical of Zimmer’s titanic scoring, which leads me to believe that the change in compositional style for Megamind can be attributed to the nature of the film rather than the people around which Zimmer surrounds himself.

In any case, the fact of the matter is that the music, while lacking in engaging originality, is light and entertaining. (Which is exactly what one would expect from an animated kid’s movie.) That isn’t to say, however, that the music is without merit. Quite the contrary. Tracks like “Stars and Tights” are full of stirring (albeit unoriginal) music that beautifully evoke the action and emotion of the film. It’s hard to say whether it’s because of the unoriginality of the music or something else, but much of the soundtrack is forgettable and easy to drift away from. Abrupt and scattered lines of loud music serve little more than to remind the listener and bring his attention back to the soundtrack.

It’s no snub to the symphony that performed the soundtrack since it didn’t exist. Yes, unfortunately, the soundtrack is synthesized. A letdown, to be sure. Hans Zimmer’s composing is simply too rich and powerful to be relegated to a synthesizer. However, I suppose that if there were any plus side to this, it’d be that the synthesized instruments sound, for the most part, fairly real.

Complimenting the music scoring is a slew of classics like Elvis Presley’s “A Little Less Conversation,” Gilbert O’Sullivan’s “Alone Again (Naturally),” and George Thorogood & The Destroyers’ “Bad to the Bone.” In the case of “A Little Less Conversation,” it has been tastefully remixed - and I emphasize that it was tastefully done - to provide a stronger bass beat, richer (synthesized) instrumentation, and a more lively tempo. I’m sure there are Elvis enthusiasts out there who would bang their head against the nearest wall if they heard it, but even I enjoyed it in spite of my general distaste for remixed music.

It pains me to give this soundtrack a score as high as 6 out of 10 considering it’s synthesized and because much of the music is forgettable and unoriginal. It leaves a lot to be desired. That said, if the soundtrack is taken for what it is: an easy bit of entertainment to compliment a genre of movie for which music has become less and less important, then I suppose it serves its purpose. The music conveys everything from excitement to angst, and in true Hans Zimmer fashion, the way it is written works superbly. I just don’t know that it’s good enough for the $10 or $15 dollars one would spend for it.