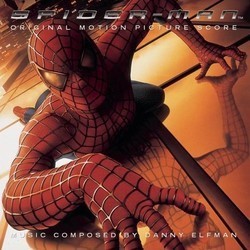 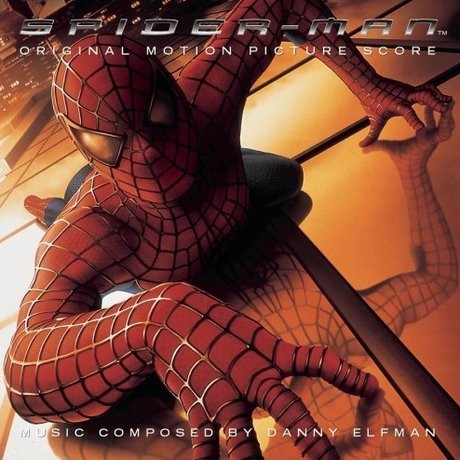 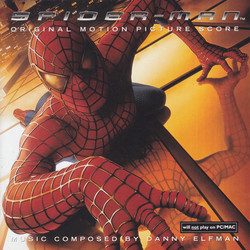 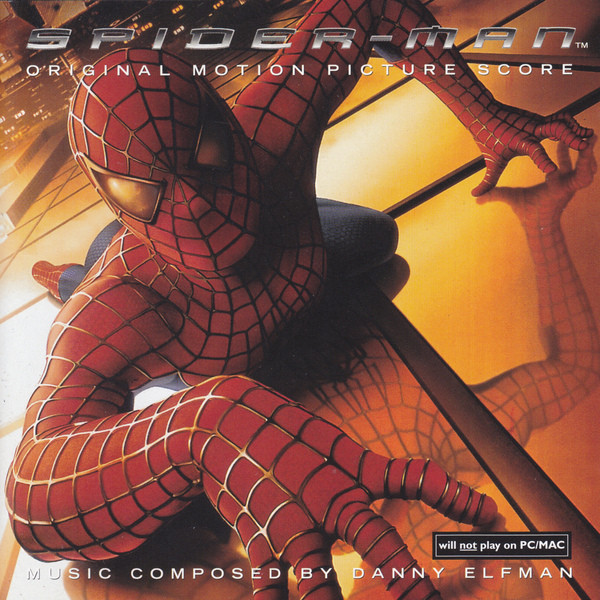 Show reviews in other languages
Spider-Man - 10/10 - Review of Adam Andersson, submitted at 2008-01-20 21:25:40
The choice of composer for Sam Raimi’s Spider-Man was indeed a crucial one for the film’s success. Spider-Man, being perhaps the most human of our well known comic superheroes, would need a score that could lift these human aspects forward in music, as well as musically accompany our hero on his daring webslinger flights between the skyscrapers of New York City. The film would need a score both tender, dramatic and essentially adrenaline-pumping. And so the choice fell on Danny Elfman, who earlier has proved himself particularly adept at scoring superhero movies, especially with his now classic Batman score. And the producers could not have made a better choice.

Elfman unleashes a heavy symphonic score for Spider-Man, complemented with chorus and some electronic effects, all with very well done orchestrations and impressive thematic work. Do not expect Batman though, because Spiderman is not Batman – neither the score nor the hero. This is something completely different, but that does not stop it from ranking among the best efforts of Elfman’s career, right up there with Edward Scissorhands, Batman and Sleepy Hollow. Spider-Man has the necessary thematic strength to work as a good superhero score, the composition is engaging to say the least, being varied in both orchestration and mood, and it is so very listenable throughout that it makes an excellent listening experience on album.

The score’s thematic work is very interesting – the main Spider-Man theme, a heroic but still somewhat held back theme, heard in full in the main titles and then many times all over the score forms the base for most of the score’s other themes. The other themes are basically formed from different inversions, modulations and tricks with the Spider-Man theme, or more precisely tricks with the three notes that form the harmonic base of that theme. I am not going into music theory here anyway – my point is that the thematic base of Spider-Man is indeed extremely complex and highly innovative.

Other important themes of the score are the noble “Responsibility” theme, mostly performed by brass chorale, heard first at the end of the main titles, and then all over the score; and a tender, flute and string-based, love theme, presented in “Alone” but developed fully in a beautiful rendition in “Revelation”. Both these themes are closely related to the Spider-Man theme. Then there is also the very sinister but strangely lyrical theme for the Green Goblin that is presented in “Something’s Different” but gets a fuller treatment in “Specter of the Goblin” and the action cues.

Even if it is true that the themes of Spider-Man are not as strong and outright melodic as the themes in Batman and Edward Scissorhands, they are still very good and after a few listens you will remember them without problem. They are also considerably shorter than many of Elfman’s earlier themes, but the close relation between the themes of Spider-Man gives them a feeling of strong unity – this is perhaps not something you hear at once while listening to the themes, but somewhere in the back of your head you will feel this unity, and that is one of this score’s largest strengths.

The album is well balanced between dramatic scoring and action, and the track order is well arranged to form a varying listening experience, changing between the different styles of the score. And there are a lot of stylistic changes on this score – there are the percussion driven forms of the Spider-Man theme in the main title and on electric guitar in “Costume Montage”, there are the softer moments with the love theme in “Revelation” and “Getting Through”, the extremely sad and moving writing in the beginning of “Revenge”, and the heavy action in “Parade Attack” and “Final Confrontation”.

The orchestrations vary with the score – the uniting element is the large symphony orchestra used (the brass really gets its opportunities to shine), and then there is some electronic effects added – especially percussion. This is very well merged with the orchestra though and does not at all stand out as synthetic. All in all the percussion, both electronic and real, drives much of the music in Spider-Man. There is also Elfman’s typical fast rising-and-falling string figures and rich use of mallets. Much of the orchestrations remind of Batman, in the large thematic brassy moments, and some remind of Planet of the Apes, especially in the powerhouse percussive moments of the action music. The choir is used to great effect as well – both to form some almost religious moments with the responsibility theme and to highlight the power in the action music. The complexity of the orchestrations and the writing in general is important to mention as well: most of the time there are many things happening at the same time – themes are played out against each other, complex strings lines accompany the thematic work, rich percussion patterns rumbles under the orchestra… Simply wonderful.

Spider-Man is essentially a very accessible work – it is not hard to like it, even if it may take a couple of listens. It is as mentioned not Batman – but fits the film just as well as the former score did. And it would actually be very unfair towards this score rating it lower than Batman – it is just as good and is not merely a rehash of what Elfman did a decade back – it is a wonderful new score by a composer that has used his time of evolution to really improve on his ideas. Elfman succeeded on Spider-Man to create a superhero score with an intricate web (pun intended) of themes and orchestrations that ends up being one of his finest accomplishments ever.
Spider-Man - 08/10 - Review of Tom Daish, submitted at 2010-09-10 23:48:41
Spider-Man as a proper feature film has been on the drawing board for quite some time, mainly due to the ever present legal wrangles that such things entail. Fortunately, they managed to get it off the ground and so we have Sam Raimi's extremely enjoyable big screen version giving us the beginning of the Spider-Man myth. Despite its vast box office take and general good reviews, it didn't strike me as that special, despite fairly inspired casting in Tobey Maguire, where his usual wetness works very well for Peter Parker, but like Michael Keaton's Batman, the superhero persona doesn't require much acting, just some buffing up and good stunt and visual effects work (which in this case veers between excellent and distinctly mediocre) and on that measure, Spider-Man works as one of the better superhero entries.
Asking Danny Elfman to write the music was perhaps the least inspired choice in the sense that he has been tried and tested, but of course it makes perfect sense. Curiously, reaction has been mixed. The number of reviews decrying either the lack of a decent theme (not really true) or of it being just like all other Elfman (it's called style) have been plentiful, but for me, Spider-Man is a resounding success. The main theme isn't, to be fair, the most memorable in the world although it is presented frequently enough that after a few listens, it becomes more obvious throughout the album. It's not a linear melody like Batman and is considerably less heroic, I guess you could call it more stoic really. It even converts well to a love theme as well, indeed the more thoughtful moments stand well against the more exciting parts - a balance that didn't work so well for his Planet of the Apes score.

Of course this is a superhero film, so some measure of excitement is a requirement. The best of these are the second part of Revenge, Parade Attack and the lengthy Final Confrontation. Revenge, as the title suggests, is somewhat more personally motivated than the others and the music is quite chaotic; the anger is quite startling at times. Parade Attack and Final Confrontation are both exciting, but still intense and multi-layered. The main theme isn't really suited to brief glimpses for when something heroic is happening, but Elfman still manages to suggest it from time to time, but it's less declamatory style isn't as obvious. This has the advantage of the main theme never sounding overused.

Other notable mentions go to the unfortunately brief Costume Montage which works in an electric guitar or two, (unlike Attack of the Clones) to great effect. The Farewell builds to a terrific finale in true Elfman style and the album completes with the brief End Credits (followed in the film by the obligatory pop songs). The re-listen value is high as there's so much to discover. It seems that listeners are not really prepared to grow to like a score, but in this case, you have to listen for the nuances. It doesn't smack you round the head every five seconds with the same thing and confirms Elfman's standing as one of the most interesting composers around.
World Soundtrack Awards: Best Original Soundtrack of the Year (Nominee)